After four lockdowns and despite constantly high numbers of Covid-19 infections, Austrians celebrated their “Freedom Day” on March 5th.

Many Corona restrictions were dropped, including the heavily disputed 2G rule.

In the eyes of Vienna’s mayor Michael Ludwig easing the Corona restrictions in Austria was “a mistake”.

Vienna remains vigilant by maintaining several restrictions such as “2G” and registration in restaurants and clubs – much to the dismay of many politicians and business owners.

The capital’s “tough way” and its fervent testing strategy have also caused growing discontent among health experts and dissent in the social media.

Critics see more harm than good for the population and negative effects, both economic and social, in the long run.

But why is Mayor Ludwig insisting on his own way and, as his opponents claim, undermining a national Corona strategy?

Ludwig’s main argument is to stay cautious and avoid chaos in hospitals by an unforeseen rise in patients. Compared to all other Austrian provinces though, Vienna still has the highest number of cases, with about 9,000 new infections registered on March 8th.

The fact that infections in Austria are on a constantly high level may be due to excessive testing, experts say.

Spending more than 2.6 billion Euros on free PCR and antigen tests, Austria has become an undisputed “Covid testing champion” at least in Europe – with little positive output after contact-tracing has collapsed and national debt is skyrocketing.

Virologists and health experts, including members of the Gecko Corona committee, now openly speak out against “mass testing” and demand a shift towards specified and targeted testing.

The government has announced to stop free Covid testing as of April this year. Ludwig and his team are alarmed. 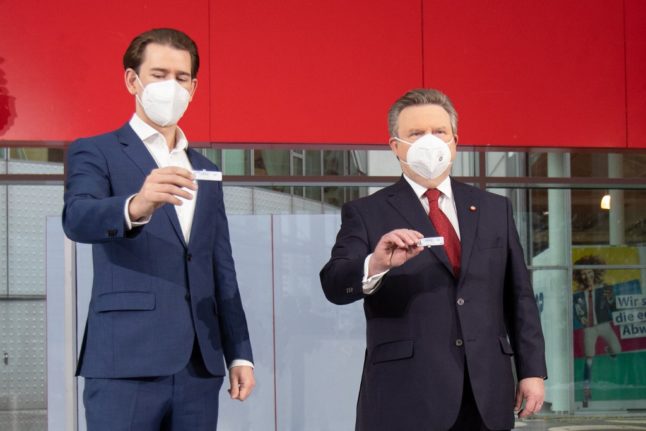 His party, SPÖ Vienna, tweeted that testing has become “a good tradition we shouldn’t throw overboard.” The tweet has sparked outraged reactions among social media users.

Young mothers, in particular, keep writing posts about feeling “harassed” by having their children tested at school at least twice a week and their fear of ongoing quarantines and home-schooling.

However, they unanimously agree to be confused by the rules and measures taken in Austria, which differ from region to region.

Ludwig’s insistence on a tougher strategy in Vienna has largely contributed to this perception, critics admonish.

And the government’s recent decision to scrap mandatory Covid vaccinations is just another piece in the puzzle of an apparently incoherent and contradictory national communication strategy.

A strategy that failed?

The months after the first lockdown in March 2020 have been marked by dispute, dissent and allegations, especially between the ÖVP-Green government and the SPÖ.

Before stepping down due to chat and corruption affairs, Kurz stated several times that the pandemic was over, thanking his team on posters for successfully managing the Corona crisis.

As Austria went into another lockdown in autumn 2022, the population’s confidence in the government had plummeted.

Ludwig reiterated that the pandemic “was not over” by choosing a more stringent and consistent approach for Vienna, a path other SPÖ-governed provinces refuse to take.

According to a survey by the “Market Institut”, over 48 percent of the interviewees would still vote for Michael Ludwig as a mayor. Public opinion in social media and forums, however, is far more critical. Many users agree with Elisabeth Köstinger, Austria’s Minister of Tourism, who has called Ludwig to “stick to experts’ opinions” and put an end to stricter measures causing even more damage in the hospitality and tourism sectors.

When the mayor announced that the 2G rule would remain in force in Vienna at least until April, a large number of commentators announced they would rather eat out in nearby Lower Austria or Burgenland without any “senseless restrictions” which will “never be terminated” in the capital.

The mayor’s fiercest critics argue that Vienna’s “testing mania” has proved to be inefficient and costly. Some warn that certain measures in Austria have largely contributed to social polarisation resulting in ongoing anti-Corona demonstrations along the Ringstrasse.

There are also voices in favour of carefully easing further restrictions. However, they wonder why Ludwig mainly relies on Corona testing while he neglects other more fact-based and less costly measures like regular disinfection on buses and trains.

The Gecko committee and the Austrian government have not agreed on what their future Corona strategy will be like. Experts hope that in the coming months communication will be at least more clear. This may also depend on a less federalist approach.

The image of two horses carrying a carriage full of tourists mesmerised by beautiful Austrian sights is quite a common one, particularly in Vienna.

The Fiaker, which is the Austrian name (borrowed from French) for the set of two horses, plus a carriage and coachman, are quite popular and represent an important part of Viennese history.

The first license for a Fiaker was granted in the capital around 1700. They rose in popularity before the advent of cars in the 1900s.

“They are just as much a part of Vienna as St. Stephen’s Cathedral and the Giant Ferris Wheel: the fiakers”, according to the Vienna Tourist Board.

Now, though, the symbol for the capital has become the target of controversy. For years, animal rights groups have protested against the overworking of the animals, the stressful conditions for the horses on busy Viennese roads and the extreme heat they face in summer.

What are the main issues raised?

For years now, several animal rights groups have protested against exploiting the animals for touristic purposes.

By Vienna regulations, the horses need to be out of the streets once temperatures reach 35C. Many groups ask for the limit to be at least 30C instead.

Additionally, the temperature base is measured at the stables, in the mostly shaded areas from where the animals leave every morning to work in Vienna’s first district, where the blazing sun and scorching pavements could make temperatures higher by several degrees.

Another issue raised by groups is that the fiaker no longer fits in a busy 21st-century capital – with its busy roads and loud cars. They claim that walking among the many vehicles and tourists of the first district is unnecessarily stressful for the horses. 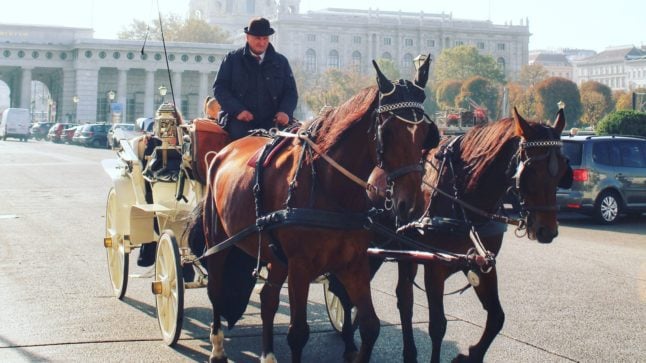 What do the fiaker associations say?

Many representatives of the organisations reiterate that the animals are well-cared for and used to the heat.

A spokeswoman for the carriage companies asks for a round table with politicians as debates heat up, ORF reported. The veterinarian Isabella Copar, who works for two Fiaker farms, says there is no basis for the 30C regulation.

“I don’t understand that politicians make a judgment on animal welfare, even though they have no idea about the animals”, she told the broadcaster.

Copar mentions a 2008 study by the Veterinary school of the University of Vienna saying that after nearly 400 measurements on the animals, not a single case of “heat stress” was found.

As for the infamous cases when horses have collapsed in the streets of Vienna during particularly hot days, she states that the collapses are usually due to a horse disease.

It was never possible to establish a connection with the heat. “If this happens in the stable, no one is interested,” the veterinarian said.

The latest news in the controversy is a major one. The Health Minister, who is also Animal Protection Minister Johannes Rauch (Greens), has stated he would “welcome” a debate about a Fiaker ban.

“You should think about it, really for animal welfare reasons, whether you should expose a horse to this stress.

According to the minister, there is a question also as to whether the use of the carriages fits in the context of a large city at all. “I think that’s a bit outdated”, he said.

There is a particular tug of war between the City and the Federal Government regarding whose responsibility it is to act on a possible ban or even tighten the rules.

Both authorities are set to talk about the issue in June. They are set to also speak with the Fiaker associations.

Vienna is unlikely to see a total ban as early as that. Still, a 30C temperature limit after which the horses would need to be sent back to stables could be heading to the capital.