The best commuter towns if you work in Vienna

Working in Vienna doesn’t mean you have to live in Austria’s capital city. Instead, finding a home in a commuter town could be a convenient alternative.

In the past two years, the world of work has been transformed by people working from home and flexibility has become a key objective for many employees.

This means, for some people, living in the capital city of Vienna for work is no longer necessary, especially if their presence in the office is not required every day.

So where are the best commuter towns in Austria if you work in Vienna? Here’s what you need to know.

READ MORE: How Vienna’s parking system will change in March 2022

Benefits of living in a commuter town

For years, the prospect of moving out of a city centre and into a commuter town was mainly for growing families, but it is now becoming an attractive option for many other people too.

One of the main benefits of living in a commuter town is often a cheaper cost of living and more space. Properties tend to be cheaper and larger outside of cities and there is a higher chance of securing a home with a garden.

Then there is the ability to live closer to nature, which has become a priority for many people after two years of pandemic life.

And finally, the excellent transport connections in commuter towns mean that cities are still accessible - even if you don’t have to travel there every day for work.

If you don't like commuting and are set on Vienna but don't quite know where, our following guide gives you the lowdown on where to live in Vienna proper.

Baden bei Wien (Baden near Vienna, in English) is a spa town south west of Vienna in Lower Austria.

It is located around 26km from Austria’s capital, which can be reached within 40 minutes by car via the S Autobahn/E59. Train journeys between Baden bei Wien and Vienna range from 20 minutes to almost one hour.

Train operators between the two locations are ÖBB and Czech Railways.

As a place to live, Baden bei Wien (population 30,000) is located in the Wienerwald - an area of culture and nature. There are forests to explore, wineries to visit and golf courses to enjoy.

Unfortunately though, property prices in Baden bei Wien are not cheap and the town has some of the most expensive real estate in Lower Austria.

Neusiedl am See is a lakeside hotspot that is surrounded by one of Austria’s most prominent wine regions in Burgenland.

It’s a popular summer day trip destination for people living in Vienna who want to escape the city heat by cooling off at Neusiedler See. The town centre is lined with a mixture of modern and traditional cafes and restaurants, and it’s within easy commuting distance of the capital.

Property is generally considered to be more affordable in Burgenland, but Neusiedl am See is the most expensive district in the province. Prices for older one bedroom properties start at around €280,000 but expect to pay around €500,000 for a new-build home. 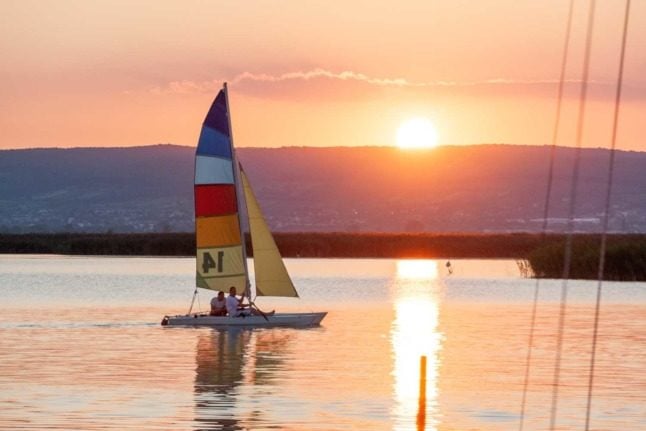 A boat seen sailing near Neusiedl am See. Photo by Dimitry Anikin on Unsplash

Klosterneuburg is a town in the Tulln district of Lower Austria with a population of 27,500.

It is known for its historic Klosterneuburg Monastery that was built in 1114 and is described by Wienerwald Tourismus as “one of the most beautiful and charming forest communities in the Vienna Woods”.

From Klosterneuburg, Vienna can be reached by car within 30 minutes via the B14 and the B227. Train times range from 26 minutes to one hour with most journeys requiring three changes.

According to Numbeo, the average cost of rent for a one bedroom apartment in Klosterneuburg is €715. In Vienna, the average is €854.

FOR MEMBERS: How to save money on fuel costs in Austria

Mödling is located around 14km south of Vienna in Lower Austria in what is known as an industrial zone.

However, the district of Mödling is also known for having hiking, jogging and mountain bike trails, as well as its rich cultural heritage. For example, Beethoven dedicated the music Mödlinger Tänze (Mödling Dances) to the city and there is even a Beethoven museum in Mödling to commemorate the composer.

Travelling by car from Mödling to Vienna takes around 30 minutes via S Autobahn/E59 and the A23, but it’s even quicker by train in around 15 minutes.

The Local found property prices online for Mödling starting at approximately €350,000 for one bedroom apartments. The population of Mödling is 23,288.

The city of Wiener Neustadt (which literally translates to Vienna new city) is located south of Vienna in Lower Austria and is the home of the administration for Wiener Neustadt-Land District.

It is one of the largest rail transport hubs in Austria and is well connected to the capital. Train journeys from Wiener Neustadt to Vienna range from 23 to 42 minutes and all services are direct. Driving takes around 50 minutes via the S Autobahn/E59. 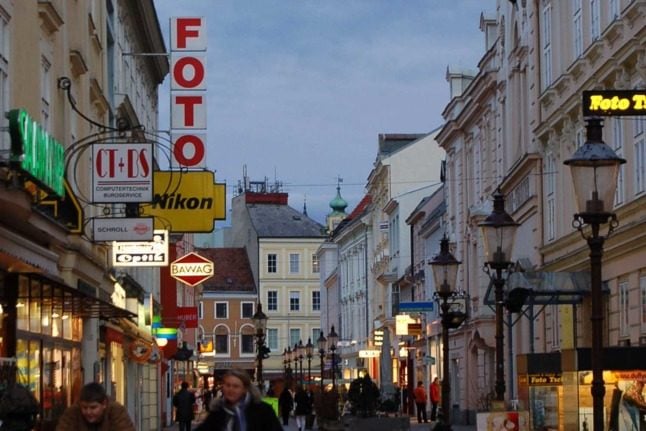 For people living in Wiener Neustadt, the city has many bicycle lanes and trails, including the EuroVelo 9 - a long-distance cycle path connecting the Czech Republic, Austria and Slovenia.

The price of one bedroom apartments in Wiener Neustadt start at €230,000 and, according to Numbeo, rent prices are 27 percent lower than in Vienna.

St. Pölten is the capital of Lower Austria and the province's largest city. It is known for having both an entrepreneurial and an art scene, and is conveniently located on the Westbahn railway line.

Direct train journeys into Vienna from St. Pölten take between 20 and 30 minutes, whereas driving is around one hour, so trains are definitely the transport of choice for commuters in St. Pölten. The train station is also centrally located in the Old Town.

The Local found one bedroom apartments to rent for less than €600 per month.