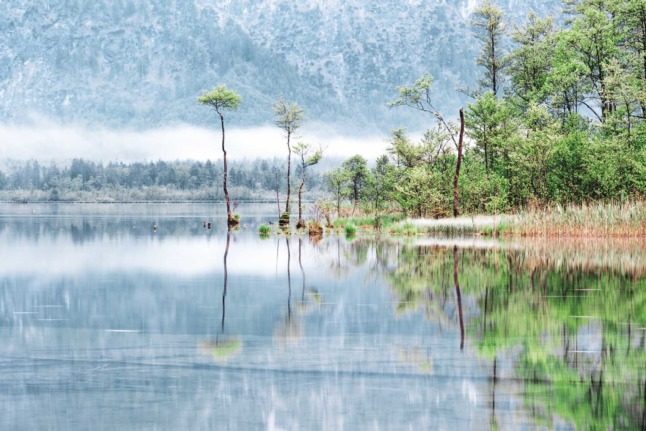 The shore of Lake Alm in Grünau im Almtal, Austria. Austria has some of the cleanest and most delicious drinking water in the world. Photo by Dimitry Anikin on Unsplash

It’s so fresh, it may as well have come gushing, crystal clear, from a mountain spring.

Well, in Austria, chances are it has.

Austria is a water-rich country, with approximately 86 billion square meters of freshwater entering the supply each year, according to the Federal Ministry for Sustainability and Tourism (BMNT). In both purity and taste, the country’s drinking water is considered among the best in the world.

But why is it so delicious? How does it make the journey from the mountains into your glass? And is it true that Austrians really flush their toilets with pure, alpine spring water?

Trillions of litres of water enter Austria each year through rivers and streams — and in the form of precipitation.

Totalling the water used by households and businesses, crop irrigation and industrial needs, the country consumes about 250 billion litres annually, which is only around 3% of the available supply, reports the BMNT. Needless to say, there is plenty of water left over.

Approximately one third of the country’s annual water supply ends up deep in the ground, filling Austria’s natural reservoirs. Some of this groundwater arrives in the country as rain or snowfall — Austria’s many mountains act like magnets for precipitation.

The mountains force the warm, humid air that flows over them to cool down and release its water, much like squeezing a sponge. 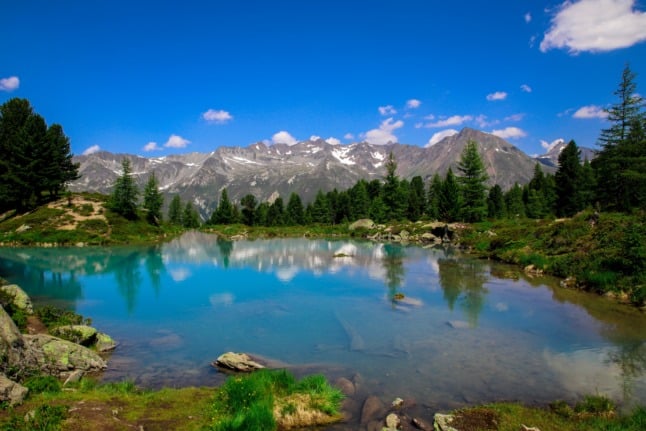 That rain or snow trickles down through the alpine soil and is filtered and cleaned along the way, as particles or bacteria get trapped, and as the soil adds minerals like calcium, magnesium, and potassium.

The water often bursts out through channels in the mountain rock as clear, mineral-enriched spring water. It’s the purity and added minerals that give the water its fresh, crisp flavour.

About half of Austria’s water supply is collected from alpine springs, while the other half is pumped up from natural aquifers, according to the Federal Environmental Agency.

Together, these groundwater sources make up nearly 100 percent of Austria’s local drinking water.

Where does Vienna’s drinking water come from?

Vienna represents a special case when it comes to drinking water: Almost all of the city’s water comes directly from springs, which originate in the Lower Austrian-Styrian Alps.

The water reaches the city without the use of pumps, and flows from the mountain range southwest of Vienna along the natural drop in altitude into the city’s reservoirs.

Only gravity is required to move the water, making the entire system quite friendly to the environment. Some hydropower is even generated during the journey.

After its use in homes and businesses throughout the city, the water goes to a sewage treatment plant, before finally being released into the Danube River. 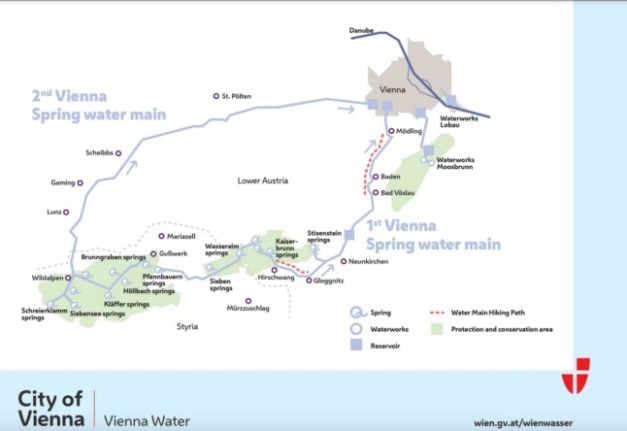 Many of the natural areas at the source of Austria’s spring waters are protected in order to preserve this important resource. The forests around Vienna’s springs, for example, are carefully managed to maintain the correct balance of native fir, spruce, and beech trees, according to Stadt Wien.

The different structures of each tree’s roots help to absorb and filter the water as it seeps through the soil. Nearby mountain huts, called “Berghütte,” have small water treatment plants to ensure that the water remains clean.

In this way, Austria’s waterworks allow the natural landscape to cleanse the water for them, so all that’s left to do is push it through the pipes.

The water is, however, meticulously monitored to guarantee a safe and quality supply. According to Austria’s drinking water infoportal, 93 percent of the country’s water arrives in its natural untreated state, meaning that most of the time, the water doesn’t even need to be disinfected.

Austrian residents can even plug their postal code into the infoportal to learn about the makeup of their water and who supplies it.

With such an abundant water network, it may seem as though Austria has always gathered its drinking water this way. And in some ways, perhaps it has. Vienna’s first spring-fed aqueduct brought fresh water to the city as early as the year 1565.

But according to Andreas Tribsch, ecology professor and researcher at the University of Salzburg, Austria’s water supply has not always been so stable or pollutant-free, even in recent history.

“Pesticides and fertiliser were a big issue in the 80s and 90s, in regions where groundwater was used for the water supply,” Tribsch says. Vienna also ran into pollution problems when the city opened a new aqueduct in 2006.

“Vienna’s third aqueduct aimed to bring more groundwater in from the Vienna Basin. That was not successful,” Tribsch says. The aqueduct was subsequently contaminated by toxic waste from a nearby landfill, ultimately leading to stricter waste disposal laws.

“Much has improved,” he says, though he’s still concerned that water-intensive agriculture in Austria’s eastern regions is reducing the country’s groundwater stores.

While the incredible volume of Austria’s unused water suggests that there should be plenty to go around, scientists in Austria have already begun discussions in this area, hoping to conserve the country’s rich water resources well into the future.

With all of the care that goes into securing Austria’s water supply, the question remains: Do Austrians really flush that same pristine, alpine spring water down the toilet drain?

The answer is yes — and it’s more common than you might think. For now, it seems, there’s plenty more where that came from.