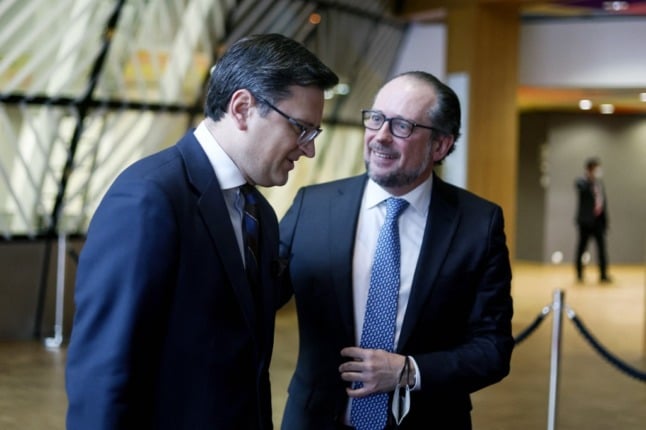 Russia has ordered troops into two breakaway regions of eastern Ukraine, after recognising them as independent on Monday.

Austrian Foreign Minister Alexander Schallenberg has commented on the crisis on Twitter, saying Austria will not “stand idly by” and would “do everything in our power to avoid war in Europe”.

As of today, the 3G rule applies to people travelling to Austria from overseas, rather than the previous 2G+ rule.

That means you need proof of either vaccination, recovery or a recent negative test, meaning that unvaccinated travellers are able to enter Austria, and people with 2G proof no longer need to take a test or show proof of a booster in addition. Note that you will still need proof of a booster to be considered fully vaccinated under the entry rules if your second dose was more than nine months ago.

From Monday, school attendance will be obligatory again

This means that parents will need to provide a doctor’s note or ask for permission if they want to keep children home from school, after this requirement was lifted during the peak of the Omicron wave.

And from March 5th, teachers will no longer be required to wear a mask regardless of their vaccination status.

The German Interior Minister Nancy Faeser confirmed this on a visit to Vienna on Monday, saying they would continue “as long as there is a need” due to the “exceptional situation”.

Germany, along with Austria and a few other Schengen countries, brought in the checks in 2015 during the refugee crisis, and this includes at the motorway links between Bavaria and Austria. Although the EU Commission has tried to have these checks lifted, it has been unsuccessful.

Economic help for Covid-hit businesses to end after March

Finance Minister Magnus Brunner said that the planned re-opening steps on March 5th, which will see most Covid restrictions removed, mean that the financial support for affected businesses will largely come to an end. But there will be slightly different offerings depending on the sector and individual cases.

How the pandemic has pushed up used car prices in Austria

Many models of cars have a higher sale value than they did two years ago, despite the extra age and usage, according to an analysis by secondhand sales platform Willhaben. This is partly down to supply chain issues which have led to reduced availability of cars, and partly because the pandemic has made more people seek out their own vehicle rather than use shared public transport.

One example from Willhaben was a Ford Focus built in 2017: in 2022, these models are selling for more than ten percent more than they did in 2020.

Covid-positive women reported to police for distributing their saliva

Police in Lower Austria have told public broadcaster ORF that two women aged 37 and 58 distributed test tubes of their saliva in test tubes after testing positive for Covid-19. The intention was for non-infected people to be able to fake an infection using the saliva, to get a certificate of recovery and meet the 2G requirement needed to access restaurants and other services without getting a vaccination.

In total, ten people were reported to police, who received a tip-off and seized the saliva samples during house searches.