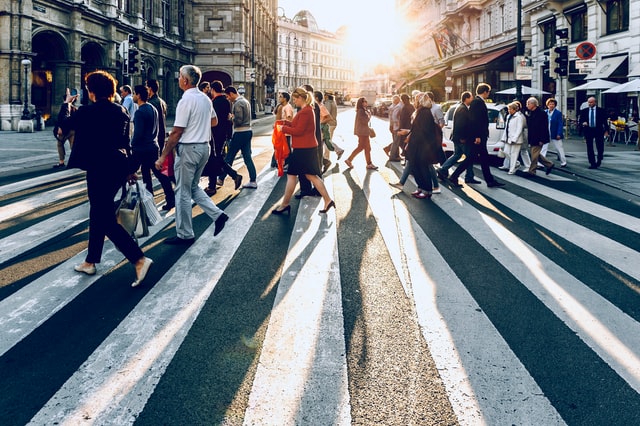 Austria's population growth has started to speed up after a slower rate during the pandemic's first year. Photo: Jacek Dylag/Unsplash

According to the preliminary data from Statistics Austria, as of January 1st there were 8,979,894 people living in Austria, leaving the country just 20,000 residents short of a round nine million.

The 0.53 percent growth in population in 2021 was up from 0.36 percent during the first year of the pandemic.

And the population growth is due entirely to non-Austrian immigrants moving to Austria; without these new arrivals, the overall population would have shrunk due to deaths and people leaving the country.

The number of residents of Austria who are not Austrian citizens rose by 56,179 to reach 1,587,251, while the number of Austrian citizens fell by 8,949 people or 0.12 percent. That means that of the total population, non-Austrians make up 17.7 percent of the population, a rise from 17.1 percent the previous year. In Vienna that rises to 32.2 percent while Burgenland has the smallest proportion of foreign nationals, making up around ten percent of the population.

Upper Austria was the region with the highest rate of growth, with an increase of 0.65 percent, while Salzburg was at the other end of the scale with only a 0.36 percent rate of growth. Elsewhere, Vorarlberg grew by 0.59 percent, Vienna by 0.57 percent, Tyrol by 0.55 percent, Burgenland by 0.54 percent, Lower Austria and Styria both by 0.48 percent, and Carinthia by 0.44 percent.

Because Statistics Austria calculates its data yearly, there is a chance that the nine millionth resident of Austria has already moved to the country or been born. In fact, projections from the UN already puts the estimated total population at over nine million, but this may not take into account the higher death rate of the past two years due to the pandemic.

Austria is exactly average in the EU in terms of population, with the 14th largest population of the 27 countries.