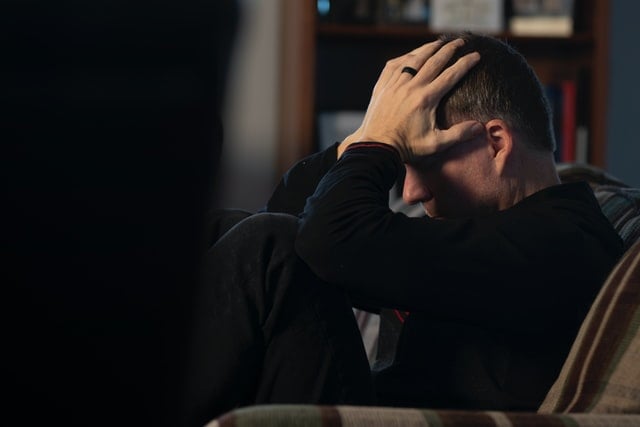 You don't have to suffer in silence if your neighbours are regularly disturbing you. Photo: Malachi Cowie/Unsplash

The general rule regarding noise within apartment buildings is that noise shouldn’t exceed what is normal for the local area.

That leaves things quite vague, and means that noise complaints need to be dealt with on a case by case basis. Noise disturbance is not an unusual issue in Austria, and particularly in Vienna which is densely populated and has a high number of houses built before the 1920s — beautiful, but not always blessed with the best sound insulation.

But you do have recourse if a noisy neighbour is affecting your life. In fact, Austrian law takes your right to peace and quiet fairly seriously.

READ ALSO: Do I have to repaint the walls when I leave a rental in Austria?

Most apartment buildings have a set of household rules which all tenants agree to when signing their rental contracts, so as a first step you can check what these say. For example, it might state that if tenants are going to have a party, they should inform neighbours beforehand and not do this more than once a quarter.

There is often a ‘quiet period’ (Ruhezeiten) which may be set by the individual property company, and/or a municipal order may apply — there’s no national standard so you need to check what applies in your area.

In Vienna, the local ordinance sets 10pm-6am as a quiet period, while on Graz the quiet period is as long as 7pm to 7am on weekdays, while Linz, Salzburg and Innsbruck also regulate ‘Mittagsruhe’ or ‘lunchtime quiet period’ around the middle of the day as well as having special rules about being quiet on Sundays and public holidays for the whole day.

In general, it should be easier to ask someone to be quiet (or even enforce your right through legal channels if needed) if the noise is happening during these rest periods. At these times, you and your neighbours should avoid noise which is considered normal at other times: that could include running the washing machine, mowing the lawn, DIY work, playing a musical instrument, but also loud conversations with friends, loud TV or radio, or leaving a dog barking or child shouting for an excessive length of time.

Outside the quiet periods, establishing which noises are ‘excessive’ can be more difficult. Problems can arise when people need quiet outside these specified times, for example if you’re working from home or need to sleep before working a night shift.

What counts as a ‘disturbing’ level of noise then depends on what is standard for the area, and there is no specific volume that is considered as a threshold. Volume, frequency, duration and the cause of the noise would all be taken into account. In order to make a successful legal complaint, you’d need to show that the noise was outside the norm for the area and that it was enough to affect your quality of life.

People living in urban areas may be expected to put up with a higher level of noise than would be allowed in rural areas, and the type of noise that is permissible also varies depending on location. The Supreme Court has previously rules that a rooster crowing, for example, is normal in a rural area.

Playing a musical instrument like the piano for up to about two hours during the day is generally considered normal as has been established by several court rulings, but louder instruments such as drums or trumpets may have different limits.

READ ALSO: Altbau vs Neubau: What’s the difference and which should I rent in Austria?

Speaking to the offending neighbour is almost always the best first step if you’re affected by loud noises; it will often be possible to resolve the situation without escalating it further if you let them know how it’s affecting you.

If speaking to your neighbour doesn’t resolve the problem, the next step is to contact the housing company (Hausverwaltung).

After that, you can take your complaint to the police. Noise pollution is an offence that carries a fine in Austria, the exact amount ranging depending on the region and starting at €700 in Vienna.

As a final note, if the walls are so thin that you can hear even ordinary movements and sounds from your neighbours, you should contact your landlord or property management company, because building codes state that walls should be thick enough that sound or vibrations caused by ordinary use should not affect neighbours.