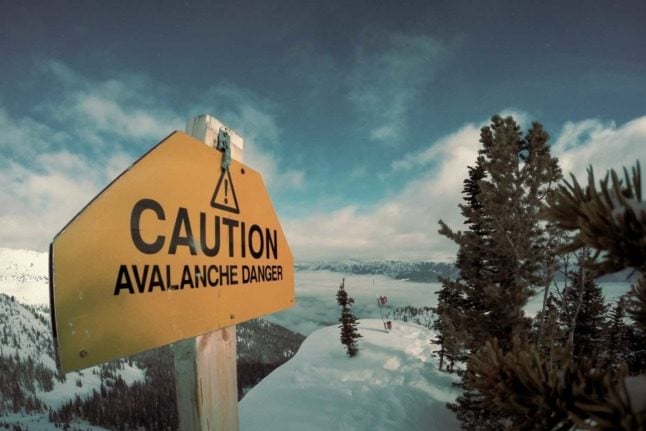 Four people have died in an avalanche in Austria. Photo by Nicolas Cool on Unsplash

“It was one of 13 avalanches today in Tyrol… It happened off-piste” near the border with Switzerland, Patrick Ortler from the province’s rescue services told AFP.

“Unfortunately five people lost their lives,” he said, adding that an injured woman was evacuated to hospital.

No details were given on the identity or nationality of those killed in the avalanche.

The weather services have urged caution after the numerous snowfalls this week.

More than 50 avalanches were recorded in the Tyrol region over 48 hours.

One of the other avalanches hit a slope in the famous ski resort of Soelden, burying five people who were all rescued alive, according to rescue workers.

In recent years, an average of around 20 people have been killed annually by avalanches in Austria.

The last two seasons were less deadly as the coronavirus pandemic reduced the number of skiers overall.