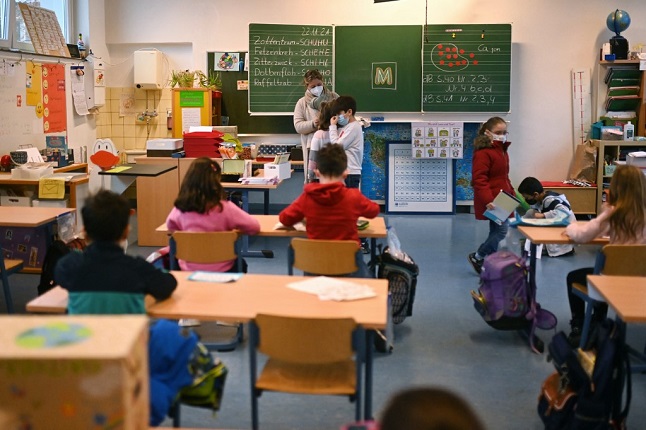 According to the Health Ministry, a total of 2,600 classes (of a total of 58,000 nationwide) and nine whole schools out of Austria’s 6,000 are currently online-only due to Covid-19, meaning that 95 percent of classes are happening in person.

Under current rules, after one confirmed case in a class, in-person teaching continues with only the infected student staying at home, but other students must take tests daily for five days. If a second person in the class tests positive, they must switch to distance learning.

In Vienna, around one in ten municipal kindergartens is currently closed.

Austrian politicians and leaders of Jewish associations appealed for the atrocities of the Holocaust to be remembered and learned from on Thursday, which was Holocaust Memorial Day.

Austrian President Alexander Van der Bellen wrote on social media that Austrians must actively oppose anti-Semitism and racism to “do justice” to the memory of the victims.

…but no big news is expected.

The national crisis committee (GECKO) will meet in the afternoon, but no press conferences are currently scheduled, a sign that they won’t recommend any easing of Covid measures (though we already know the lockdown for the unvaccinated will end on Monday). The committee has warned against “hasty” steps to reopen.

The Health Minister has been cautious when asked about relaxing measures and wants to wait until Austria has passed the peak of the Omicron wave in an estimated two or three weeks.

However, there are growing calls from the retail and gastronomy sectors as well as several regional governors to scrap the 10pm gastronomy curfew and 2G checks in shops. The head of Austria’s Chamber of Commerce Harald Mahrer has called the 10pm curfew a ‘Schnapsidee’, a German term for an idea so foolish it would only seem like a good plan under the influence of alcohol.