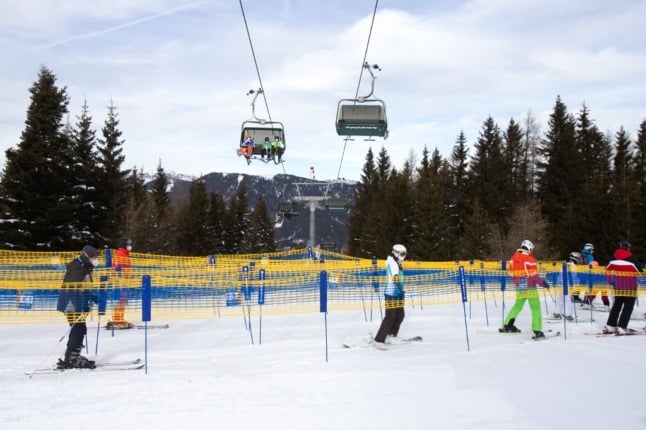 Austria’s ski season only recently got off to a promising start with early snowfall and the return of eager tourists. But trouble is brewing already as Covid-19 rates soar.

On Thursday, Infectologist Richard Greil expressed alarm after the number of new cases in Salzburg rose sharply from Tuesday to Wednesday and called for tough measures to reduce the burden on the health system.

Additionally, the Covid Forecast Commission is predicting the seven-day incidence (per 100,000 people) in Tyrol to rise above 3,000 by next week due to the highly contagious Omicron variant.

READ MORE: What changes to Austria’s Covid-19 rules could be announced on Thursday?

For some people, the current situation has echoes of early 2020 when Covid-19 first swept around the world, resulting in the resort of Ischgl in Tyrol becoming a hotspot of infections.

The difference in winter 2022 though is that there are already protective measures in place in ski resorts, such as mask wearing, 2G rules (proof of vaccination and recovery) and police patrols to ensure protocols are being followed.

However, with case rates showing no signs of slowing down, questions are now being asked about how best to handle the Omicron surge and what it means for Austria’s ski season.

What is the situation in the Austrian Alps?

According to latest figures from the Austrian Agency for Food and Health Safety (AGES), the seven-day incidence in Tyrol is 722.1 – well above the national rate of 375.3. Kitzbühel has the highest value at 1,863.9, followed by the Landeck district with 1,238.

To compare, the incidence rate in Vienna is currently at 505.3 (and growing) and in the former hotspot of Upper Austria, the rate is 249.7. In Vorarlberg (another region in the Austrian Alps), the seven-day incidence is 362.2.

READ ALSO: What rules are in place for winter tourism in Austria?

The situation in the intensive care units in both Tyrol and Salzburg remains stable, although hospitals in Tyrol are reporting a strain on capacity due to skiing-related accidents taking up operating theatre space.

Rohit Arora, Director of the University Clinic for Orthopedics and Traumatology, told ORF Tirol they are treating as many patients from winter sports accidents as they were in pre-corona times.

Additionally, at the time of writing on January 6th, the women’s World Cup night slalom race in Flachau on January 11th in Salzburg had been cancelled.

But organisers in Kitzbühel were still continuing with preparations for the prestigious Hahnenkamm races between January 21st to 23rd.

What are experts and industry leaders saying?

On Wednesday, it was reported that Kitzbühel Tourism Association Chairman Christian Harisch recommended a week-long closure of tourism in Tyrol to allow booster vaccinations to be administered.

According to Harisch, if no action is taken against the rapidly rising Covid-19 rates in the province, there will be a collapse of the system due to high numbers of people either sick or in quarantine.

FOR MEMBERS: Everything that changes about life in Austria in January 2022

Following the comments, Governor of Tyrol Günther Platter (ÖVP) spoke out against a possible temporary closure or another lockdown and said any further measures would “unsettle the population”, according to the Tiroler Tageszeitung.

Platter said: “These speculations and demands are counterproductive. The new mutation is clearly more contagious. The experts tell us, however, that the course – thank God – will be milder.”

Vienna’s Mayor Michael Ludwig (SPÖ) is calling for effective nationwide measures to combat the latest surge and protect the health system, but he did not specify what those measures should be.

The steep rise in Covid rates has already taken its toll on certain high profile events in Austria.

Next week’s women’s World Cup slalom event in Austria will no longer take place in Flachau, in the state of Salzburg because of a surge in Covid-19 cases in the area, the Austrian ski federation announced Thursday.

“Due to the high contamination figures in Flachau, the state of Salzburg has voted against holding the race,” the federation said in a statement.

The federation said it was looking for an alternative venue for the January 11th race.

This is the first event on the skiing calendar to be postponed or cancelledthis winter because of the pandemic and comes less than a month before the start of the Beijing Olympics.

She said tickets are expected to rise by “a few euros” for short flights but by €50 to €100 on longer distances. Travellers will continue to see increased ticket prices all throughout 2023 and possibly longer, according to the executive.

However, the airliner is not suffering from a shortage of personnel problems that affected several companies, including its parent company Lufthansa.

This is due to the short-time work (Kurzarbeit) program in Austria, which provided financial assistance to companies that did not cut jobs during the pandemic.

However, she mentioned that a “summer Covid wave” could affect personnel numbers, given people will need to take sick leave if they get infected. Still, Mann said that Austrian Airlines hired 150 new people as cabin crew to deal with the high demands on air travel.

‘We are dependent on other airports’

She did alert that, despite the company having enough personnel, they depend on the situation in other airports. “If there are delays or missing luggage in other airports, we might be affected by that”, Mann said.

The statements are in line with what Austrian airport operators have already said, as The Local has reported.

“In Vienna, our partners and ourselves succeeded, particularly through the instrument of short-time work, to keep as many personnel as possible in employment. Unfortunately, however, this is not the case at many other airports we also serve,” explained Austria Airlines spokeswoman Sophie Matkovits.

Even though airports and Austrian airlines are fully operational, they are not solely responsible for the flights. Furthermore, the companies stress that local operators can’t influence the situation at other airport locations. 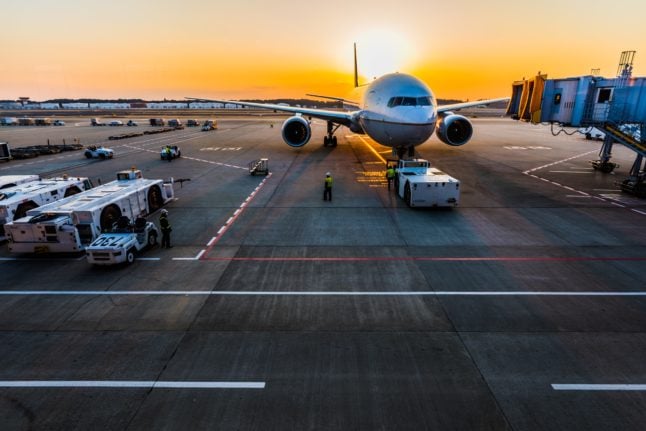