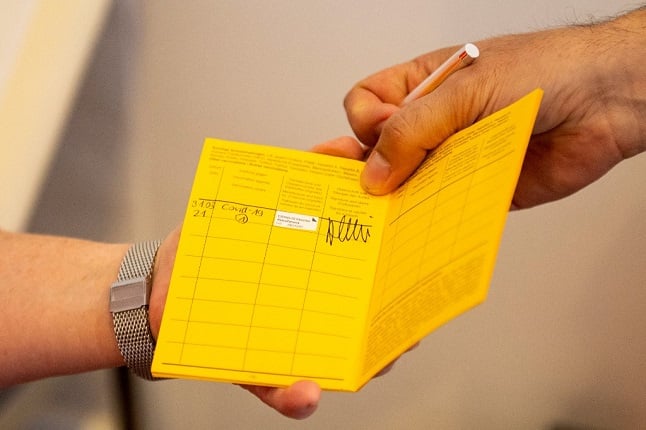 Austrian police said they had seized phones, computers and fake vaccine certificated, placing 22 people under investigation in connection with the suspected forgeries. The raids took place in seven of Austria’s nine regions, with only Burgenland and Vorarlberg unaffected.

“Organised trade and use of forged vaccine certificates is no trivial matter, but a criminal offence,” said Interior Minister Gerhard Karner.

“The police will therefore continue to take action against anyone who uses forged vaccination certificates, but above all against forgers and traders [of forged passes].”

Police said they were made aware of the suspects through social media posts. Around 100 police officers were involved in the operation, with Austrian police assisted by the EU police agency Europol.

People without proof of either full vaccination or recovery from Covid-19 have been under lockdown in Austria since mid-November, and from March the government plans to begin fining people without this proof.

Austria is so far the only country in Europe to announce plans to mandate Covid-19 vaccines, though the Vatican City has a similar rule. Other countries have made participation in society difficult for unvaccinated people by requiring either proof of vaccination only, or in some cases regular testing as an alternative, the only way to enter venues from restaurants to events to workplaces.

In late December, a network of employees at the Austria Centre, which administers Covid vaccinations in the capital, was investigated for having collected money to issue fake vaccination passports. Since stepping up security at the centre, around one or two cases of attempted fraud per day have been discovered.

As of Wednesday, just over 30 percent of the total Austrian population remain unvaccinated according to Health Ministry data.