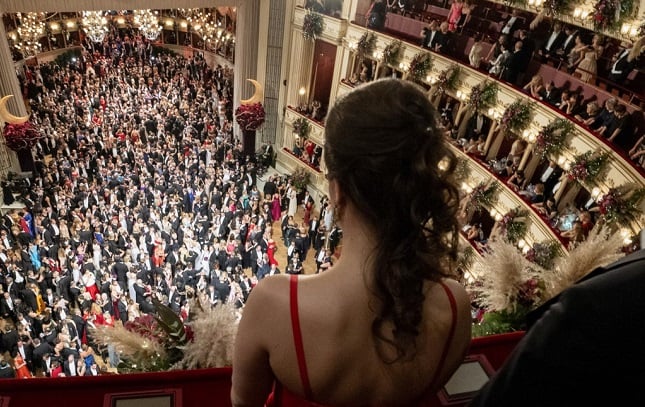 A previous edition of the Vienna Opera Ball, which has again been cancelled due to the pandemic. Photo: Joe Klamar/AFP

The road out of lockdown

On Wednesday afternoon, the government announced which measures will apply nationwide after the final day of the general lockdown on Saturday. The full lockdown will continue for people without proof of 2G, but otherwise most parts of society can re-open with some restrictions, such as mask mandates in indoor spaces, limits of 1,000 people for events, and an 11pm closing time for bars and restaurants.

That doesn’t mean all those things will happen simultaneously across the country however, with each region allowed to impose stricter measures if it wishes. Upper Austria will remain in full lockdown until December 17th.

Tyrol, Vorarlberg and Burgenland said they would comply with the nationwide rules and would not put in place additional measures.

Salzburg, Lower Austria and Styria are holding off on opening bars and restaurants until December 17th, while in Vienna these businesses won’t re-open until the 20th, and Carinthia is set to announce its own plans today.

With several centimetres in Vienna and up to 30 centimetres in Burgenland, the east of Austria has a fresh coating of snow today. Nationwide, the levels are at a ten-year high, with Austria’s Centre for Severe Weather issuing its highest alerts for Vorarlberg, Tyrol and Carinthia.

In Carinthia, several hundred homes in the districts of St. Veit an der Glan, Spittal an der Drau and Villach-Land are affected by power outages after nearly 40 centimetres of snow fell.

After being sworn in three days ago, on Thursday new Chancellor Karl Nehammer presents his government in a special sitting of Austria’s National Council (the lower house of parliament), just two months after the last new government.

Chancellor Karl Nehammer (ÖVP) and Vice Chancellor Werner Kogler (Greens) will set out their plans for their time of office, while the three new ministers and one state secretary will make their parliamentary debuts in their new roles.

Austria has cancelled its famous Vienna Opera Ball for the second year running over the coronavirus pandemic, the government said on Wednesday.

Keeping the February 24th, 2022 date would have sent “the wrong signal” as the country is only to start emerging from a partial lockdown this Sunday, state secretary for culture Andrea Mayer said.

The quirky way Vienna cinemas are staving off lockdown boredom

“As a cinema, we don’t have a lot of opportunities to entertain our audiences in lockdown. The only way to address them is by using the boards on which the film titles and starting times are displayed during normal operation,” Wolfgang Pielmeier from the Stadtkino told the ORF broadcaster.

Instead of adding to the gloom by simply writing something like ‘Closed until further notice’, several cinemas in the capital have opted for humour, with the Gartenbaukino extending the chess invitation: “Hey Stadtkino, how about a nice game of chess? E2 – E4” to which the other cinema has responded. You can follow the chess game and other inventive uses of the title boards under the hashtag #kinoliebe online.