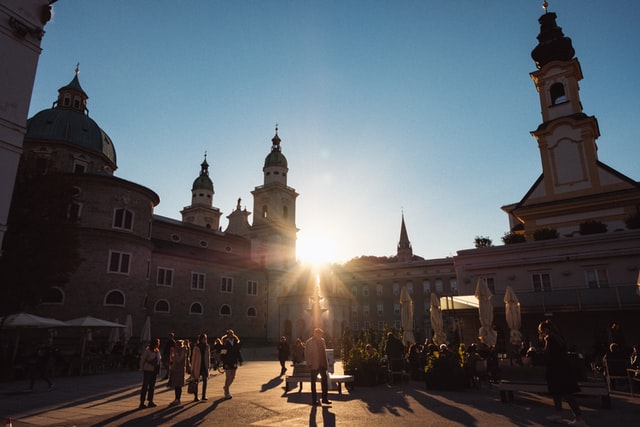 There is no longer any alternative than to order a full lockdown in the region, Salzburg’s governor Wilfried Haslauer told a press conference on Thursday afternoon.

“We have considered a lockdown to be a significant infringement on the public, but now we are left with no other choice,” he said.

The length of the lockdown is not yet confirmed, but Haslauer said it would last at least three weeks, and most likely four. As in previous lockdowns, it would be possible to leave home only for essential purposes including food shopping, exercise, and accessing medical care including vaccinations. Hotels, restaurants and retail stores will close.

He urged everyone in the region who is eligible to get their first vaccine doses as well as boosters, “so that we can get out of this lockdown as soon as possible, before Christmas if at all possible”. Salzburg this week followed Vienna in making booster doses possible from four months after the second dose.

Haslauer also said that all municipalities in Salzburg would be offering vaccination seven days a week.

He noted that as of Monday, Salzburg already has the strictest measures in Austria, but said: “The time it takes for these to take effect is time that our hospitals do not have.”

“Lockdown is an effective short-term measure, but it is not a solution. Vaccination is the only solution,” he said.

During the lockdown, schools will also be closed with a return to home-learning, although students with additional learning needs or who need to go to school (for example if their parents work in essential jobs) will still be able to attend in-person.

As of Thursday afternoon, Salzburg has 31 Covid-19 patients receiving intensive care treatment in hospital, 27 of them unvaccinated, said Christian Stöckl, the region’s deputy governor and health councillor. The remaining four all had a higher than average risk of illness from Covid-19 due to their age or health conditions.

Haslauer said that he preferred for consistent measures across the country, but would not comment on whether he wanted to see a nationwide lockdown, telling a reporter: “I would have preferred that we did not need this measure at all.”

Upper Austria governor Thomas Stelzer confirmed on Thursday morning that both regions would go into lockdown next week, regardless of what is decided on Friday for the national measures.

“We don’t have much leeway, to say the least. We have very, very little leeway,” Stelzer said.

“If there is no nationwide lockdown, Upper Austria and Salzburg will go into lockdown from next week,” said Stelzer, adding that he would advocate for the measure to be imposed nationwide at Friday’s meeting between the government and regional leaders.

Stelzer did not give a specific timeframe for the lockdown, but said that it would last for multiple weeks. A press conference was scheduled for 5.30pm.

The announcement comes as Austria is in the first week of a nationwide ten-day lockdown for people without 2G (proof of either full vaccination against Covid-19 or recent recovery from the virus). This partial lockdown is enforced with police patrols, but has been criticised as being divisive and difficult to control.

The Green Party in Salzburg have called for a full lockdown in the region, as have several intensive care doctors, due to the severe level of the spread of the virus.

In Vienna, which has the country’s lowest incidence rate but is still classed as “very high risk” by the Corona Commission, mayor Michael Ludwig said on Wednesday afternoon that he “could not rule out” another lockdown.

“I don’t want [Vienna] to end up in the same situation as other regions,” Ludwig told reporters when asked about a possible general lockdown.

On Thursday, Austria reported 15,145 new cases of Covid-19 in the past 24 hours, reaching another all-time high.