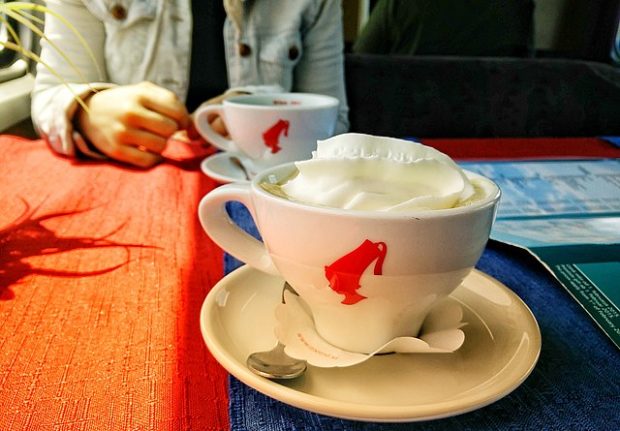 “This logo no longer goes with the times,” said Herbert Vlasaty, co-director of Julius Meinl am Graben, as the firm’s Viennese flagship store, which began selling ready roasted coffee in the 1860s, reopened after several months shuttered while undergoing renovations.

The original logo, dating from the 1920s, showed a dark-skinned boy wearing a red fezin a nod to the cultural influence of the Ottoman empire on the Hapsburg Austrian Empire, whose capital was Vienna. Coffee introduced to the city via the Turks. A 2004 re-design saw the logo stylized all in white on a red background.

Julius Meinl was a supplier to the Hapsburg imperial court and set up shop in 1862 on the prestigious Am Graben shopping street.

The family business operates today in some 70 countries and according to its website employs some 1,000 people.

But the logo had long been a source of controversy and in 2007, militant anti-racists started a campaign against the company, using the original logo version to protest racist stereotypes, saying the image represented colonization and oppression. The firm rejected this as a “bad interpretation”.

A further, ongoing, source of culinary contention in Austria is the whipped cream-covered chocolate dessert Mohr im Hemd, literally meaning ‘a dark-skinned person (outdated term for Moor) in a shirt’.