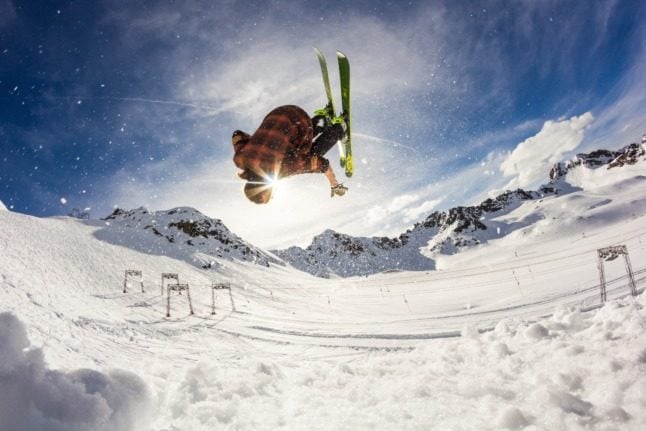 What form will the ski season take this year? (Photo by Jörg Angeli on Unsplash)

Tourism, a large part of which involves winter sports, is vital for Austria’s economy. According to the news agency Reuters, tourism makes up up five percent of the country’s total economic output.

Now, following the roll out of Covid vaccines, Green Passes and the opening up of Austria’s shops, hotels, restaurants and borders, ski lifts up to the glacier on the Kitzsteinhorn in the Salzberg region will start running on Saturday as Austria’s winter ski season begins.

But how will the 2021/22 winter ski season balance safety with opening up again in Austria?

Skiing will mean adhering to the 3G rule

It will only be possible to book cable cars to Austria’s mountains for people who can prove they have either been fully vaccinated, have recently recovered from the Covid-19 virus or have tested negative (the 3G rule). For those presenting a test result, the booking will only be valid for the validity of the test, after which a new test must be shown, the Kurier newspaper reports. An antigen test is only valid for 24 hours in Austria.

When travelling in enclosed ski lifts, everyone must wear hospital grade FFP2 face masks. At present there are no rules on social distancing or a maximum capacity in the lifts.

Tourism Minister Elisabeth Köstinger has urged those wishing to enjoy a “safe and carefree” winter holiday to “get vaccinated”.

Further rules are expected to be unveiled, and some operators are asking people booking ski passes to sign a form stating they will obey any future government regulations.

A challenge faced by opening up skiing again is après ski, when people go and unwind with a drink or two after a day on the slopes. Après ski bars were responsible for a large number of infections in Austria during the early days of the corona pandemic.

Those hoping to party like it’s 2019 may be in for a shock. The Tyrolean Governor Günther Platter oversees top ski resorts such as Ischgl, formerly dubbed the ‘Ibiza of the Alps’. He has stated “there will no longer be après-ski as before the pandemic” according to the news agency Reuters.

To make the après ski bars safer, the government has re-classified these as similar to night clubs (what constitutes an après -ski bar will be defined locally). Under present rules, people wishing to go to an après ski bar must show proof of vaccination or recovery or a negative PCR test (antigen tests are not valid).

There are already plans in place to make nightclubs and après ski bars subject to a 2G rule if the numbers of patients in intensive care units in Austria rises above 300, a figure some experts believe will be reached by late October, according to broadcaster ORF. This would mean only people vaccinated or recovered from Covid-19 would be able to go to après-ski bars or nightclubs. It would not be possible to access them with a negative test.

If there are more than 400 patients in Austria’s ICUs with Covid-19, unvaccinated people will no longer be allowed to show antigen tests to access the ski slopes, but will have to show a more accurate negative PCR test.

Municipalities will also be given extra powers to impose curfews on après ski venues if the infection risk rises in specific locations.

Will tourists want to come skiing in Austria this winter?

The tourism commissioner of the German federal government, Thomas Bareiß,  told newspapers that Germans wanted  “to go on a carefree skiing holiday again,” at the end of September according to Der Standard newspaper. However, the United States Center for Disease Control and Prevention (CDC) recently advised American citizens not to travel to Austria due to Covid-19 concerns.

READ MORE: US now advises against travel to Austria

And according to the Austrian broadcaster ORF,  the number of bookings this winter is expected to be far below the levels recorded before the coronavirus crisis.