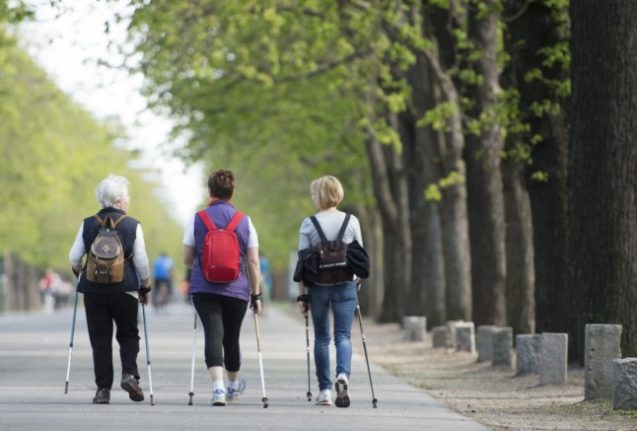 It's going to be warm and sunny today in Austria with temperatures ranging from  between 12 degrees in Vorarlberg and 27 degrees in Burgenland. (Joe Klamar/AFP)

Austria’s social and ecological tax reforms have been unveiled on Sunday,

Broadcaster ORF reports environmental organisations are “particularly unhappy” that there are no plans to abolish diesel privilege and reform the commuter allowance, as previously suggested.

They also say the CO2 price is set too low. However, groups such as the Chamber of Commerce have welcomed the tax reforms.

Increase in accidents in Tyrol

There has been an increase in accidents in the Tyrolean mountains over the summer. Since May 1st 2021, 51 people have lost their lives. The relatively new sports of climbing on Via Ferrata and mountain and e-biking have led to more fatalities and accidents, the Krone Zeitung reports, quoting rescue teams who say they have had the busiest summer for 30 years.

​​Low vaccination rates are causing concern amongst tourism professionals in advance of the winter season. According to the Der Standard newspaper only a little more than 60 per cent of the population in Austria are fully immunised.

Broadcaster ORF also reports that investment sums and rules for the coming season are expected to be announced in the coming days.

Austria’s supermarkets have emerged as pandemic winners, according to a study cited in Wiener Zeitung this weekend. A study by the credit insurer Acredia, in collaboration with Euler Hermes, found that supermarkets in Austria experienced double the level of sales growth in 2020 than the European average. The European average saw sales increase by 5.3 percent, whilst in Austria that figure sat at 10.1 percent.