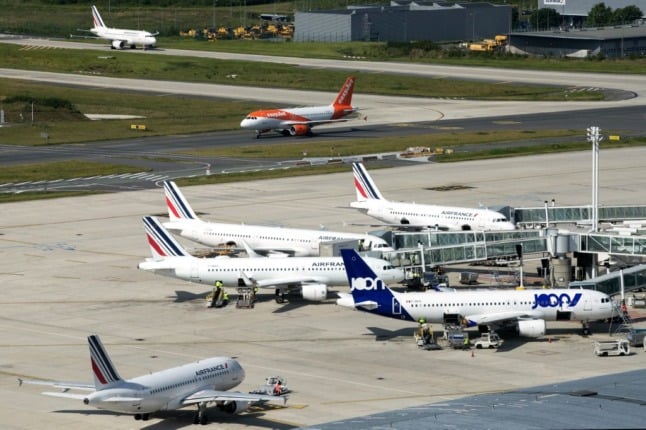 After talks with the Commission, the airlines – including popular budget carriers Ryanair and easyJet – also agreed to better inform travellers when companies would cancel flights – and to only offer vouchers as an additional option for passengers.

“In the early phase of the pandemic, some airlines pushed vouchers on passengers,” Didier Reynders, European commissioner for justice, said in a statement. “They were acting against EU consumer protection rules. That was unacceptable.

“It is good news for consumers that airlines have cooperated (…) and are committed to respecting passenger rights and improving their communication.”

The Commission welcomed news that the most of the Covid-19 backlog of refunds ‘ha[s] been dealt with, and that all airlines concerned have undertaken to resolve remaining problems’.

The Bureau européen des unions de consommateurs (Beuc), which led the original complaint against the airlines to the EU in July 2020, called on the Commission and national authorities charged with enforcing EU consumer protection laws to ensure that these commitments are respected.

The association’s director Monique Goyens said in a statement: “Airlines have breached European consumer rights on a massive scale during the pandemic.

“It’s time for airlines to clean up their act … Many consumers across Europe are still waiting for their money back, for flights cancelled during the first lockdowns in 2020.”

Ryanair, which also owns popular Austrian carrier Lauda Europe, will raise its prices – but moderately – due to inflation, the company said.

Ryanair Austria head Andreas Gruber added that the days of flying almost for free are over: “There will be no more 10-euro tickets”, he told Austrian press.

The average price for a Ryanair flight will rise from €40 to €50 in the future. Still, the Irish airline expects the number of passengers to grow in the coming months as people start looking for cheaper transportation with the rising cost of living.

Just as with grocery shopping, with people increasingly buying at discount stores, so will travellers start paying more attention to the prices of tickets, Gruber expects. In Vienna, the number of passengers is expected to rise from six million this year to 6.5 million the following year.

Ryanair also starts operating from Klagenfurt in November when it expects an influx of 50,000 to 60,000 passengers. The company said that ticket bookings have been as high as expected, especially with people looking to fly to London-Stansted.

Gruber also sees Ryanair on the rise in competition with Austrian Airlines (AUA). “We offer more destinations on short and medium-haul routes than AUA from Vienna,” said the executive, adding that the market share in Vienna is currently 25 percent.

New winter routes to and from Vienna

The airline recently announced eight new routes that would be included in the program of its flights scheduled to and from Vienna, as The Local reported.

Ryanair said it is investing €1.7 billion in its Vienna hub, which means that a total of 17 aircraft will be stationed in Austria’s capital. The airline will operate more than 600 flights a week to and from the capital and will create 600 jobs for the season.

TRAIN TRAVEL
Yes, train travel across Europe is far better than flying – even with kids
Url copied to clipboard!