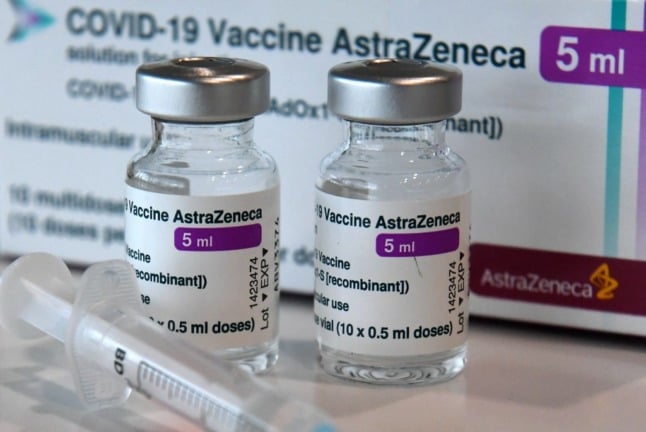 The US government on Monday announced that starting November 1, it will lift the pandemic travel ban on all air passengers who are fully vaccinated and undergo testing and contact tracing.

The unprecedented travel restrictions had raised tensions between the United States and its European allies and had kept relatives, friends and business travelers around the world separated for many months as the pandemic grinds on.

In an interview in Washington with AFP, Thierry Breton, European commissioner for internal market, said the new order covers people vaccinated with jabs recognized by the US Food and Drug Administration (FDA).

The agency has not approved the AstraZeneca shot used by many European nations, however, Breton said he spoke with White House pandemic response coordinator Jeff Zients who “sounded positive and optimistic.”

However, Zients told him that “for the other vaccines, for AstraZeneca in particular, their health agency would decide.”

Whether a decision would come by the November 1 when travel resumes, Zients “seemed positive on the dates, too,” said Breton, who coordinates the EU’s supply of Covid-19 vaccines.

Breton said the restrictions “no longer made any sense.”

Depite Europe’s relatively high vaccination rates “we are on the same restrictions as China, Iran, and other countries. It makes no sense at all,” he said.

The United States first imposed the restrictions as the pandemic began in March 2020 on travelers from the European Union, United Kingdom and China, later extending it to India and Brazil.

However, the availability of Covid-19 vaccines has made continuing the travel ban a point of transatlantic tension.

That worsened in recent days after Australia’s sudden announcement that it will acquire US-built nuclear submarines as part of a new defense alliance, ditching a contract with France for conventionally powered submarines.

In the 2023 winter flight schedule, Austrian Airlines (AUA) said it would increase its offers to and from Berlin and include a new Berlin-Innsbruck route with a weekly flight.

From January 28th to February 25th, the company will fly passengers from the German capital to the Tyrolean city on Saturdays, aiming to give winter tourists more connections and travel possibilities. The airline already has routes connecting Innsbruck to Vienna, Frankfurt, Hamburg, Stockholm and Copenhagen.

In total, Lufthansa Group airlines will fly to Innsbruck up to 48 times a week during the peak ski season, the AUA parent company said in a press release.

“With this seasonal service, we are giving our flight program to Berlin an upgrade. Our winter sports-savvy passengers will enjoy the convenience of a direct connection to Tyrol.

The company added that the Vienna-Berlin route would also be expanded with an additional flight on Saturdays around the semester break, the company added. This will benefit not only city tourists travelling to Vienna or Berlin but also numerous transfer passengers who travel via Vienna as a convenient hub for their onward flight.

Austrian Airlines is not the only company offering more rules for the winter season.

The low-cost company Ryanair announced eight new routes would be included in the program of its flight scheduled from Vienna, as The Local reported.