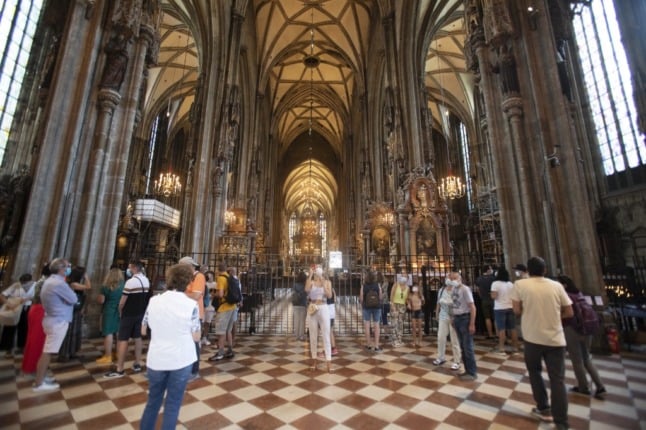 Lower Austria will begin giving its first third dose booster shots to protect against Covid-19 on Tuesday. However, other federal states want more advice from the government over the booster shots and say they are waiting for federal guidelines before they begin, Der Standard newspaper reports.

Vorarlberg is ready to start vaccinations in a few days, but is waiting until mid-September for the government to issue advice. Upper Austria and Burgenland are also waiting for information from the government.

Number of people getting vaccinated plummets

The number of people getting vaccinated in Austria has plummeted, with August showing the lowest number of people jabbed since January. According to Der Standard newspaper, during August in Vorarlberg there were two days in August in which no vaccinations were administered at all.

READ MORE: Which parts of Vienna are lagging behind in vaccinations – and why?

The state wants to start vaccination campaigns in shopping centres. The Chamber of Pharmacists is also hoping to be able to support the vaccination programme in Austria.

The World Health Organization (WHO) fears there will be 236,000 new corona deaths in Europe by December 1st. The WHO European Director Hans Kluge also says he has “concerns” about the standstill in vaccinations in some countries, particularly the Balkans, the Caucasus and Central Asia.

He puts the rise in Covid-19 numbers down to the more contagious Delta variant, the easing of restrictions and increased travel over the summer  Last week, the number of Covid 19 deaths in the region rose by eleven percent, according to the WHO.

As The Local reported on Monday, The European Union (EU) has decided to remove the USA and five other countries from the list of safe travel countries.

According to the German newspaper Handelsblatt , the reason is that incidence rates in the United States are well above 75 corona cases per 100,000 inhabitants in the past 14 days. However, individual countries within the EU can decide whether to allow US citizens to visit or not.

Severe weather warning for parts of Austria due to rainfall

The Austrian Severe Weather Centre has published a red weather warning on Tuesday due to heavy rain which will affect the federal states of Vorarlberg, Tyrol, Salzburg and Upper Austria. Only Carinthia, Burgenland and Vienna will be spared rain.

However, summer weather is due to return on Friday, with sunshine and warm temperatures, the Heute newspaper reports.