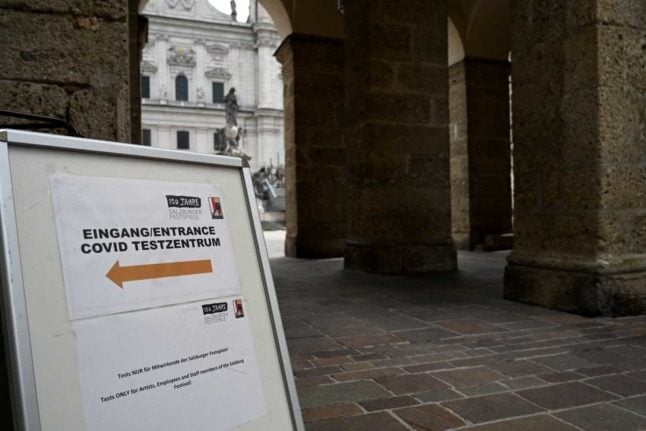 In which parts of Austria are Covid cases and hospitalisations on the rise? BARBARA GINDL / APA / AFP

Vienna currently has the highest Covid-19 incidence rate in Austria, according to the latest figures from the Agency for Food and Health Safety (AGES).

The incidence rate in Vienna is 129.1, which is calculated by the number of cases per 100,000 people over seven days.

This is a significant increase on the national rate of 97.1, although Vienna is Austria’s most densely populated area with more than 1.9 million people living in the 23 districts.

As of August 24th, there were 354 new cases reported in Vienna, taking the total number of active cases to 7,266. The rise in cases also coincides with the Mayor of Vienna Michael Ludwig (SPÖ) announcing a change to the validity of Covid-19 tests.

At the same time, the number of hospitalisations is increasing in Vienna with the AGES revealing 26 people are currently in intensive care with Covid-19. This represents five percent of ICU beds in the city.

Austria-wide, there are 86 people in intensive care, which is four percent of all ICU capacity in the country.

Nationally, hospitalisation rates have doubled in the past two weeks, with mostly unvaccinated people being admitted to hospital.

Currently, there are 16,732 active cases in Austria with 317 people in hospital.

READ MORE: Covid hospitalisations in Austria double in a fortnight

What is happening outside of Vienna?

After Vienna, Upper Austria is the next hotspot for Covid-19 cases with an incidence rate of 122.6, followed by Vorarlberg at 109.2 and Salzburg at 106.5.

In Upper Austria, there are 2,728 active cases with Eferding and Linz (city) recording the highest number of cases.

Upper Austria has 58 people in hospital with Covid-19, including 15 people in intensive care (five percent of ICU occupancy).

In Vorarlberg, the province currently has 658 active cases with the highest rate in the district of Bludenz. Covid cases in Austria from state to state. Image: AGES

There are 12 people in hospital in Vorarlberg with Covid-19 and four people are in ICU (eight percent of ICU capacity).

Salzburg has 943 active cases with infections mostly concentrated in the city of Salzburg, followed by Zell am See.

In Salzburg there are 20 people in hospital, including three in ICU (two percent of intensive care capacity).

Elsewhere in Austria, the incidence rate is below 100. The lowest number of cases is in Burgenland, which has the highest rate of vaccination in the country. 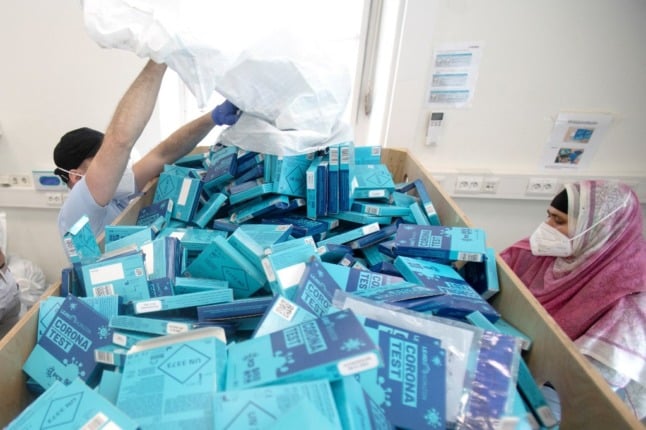 COVID-19 STATS
‘At the limit: Huge spike in Covid hospitalisations and deaths in Austria 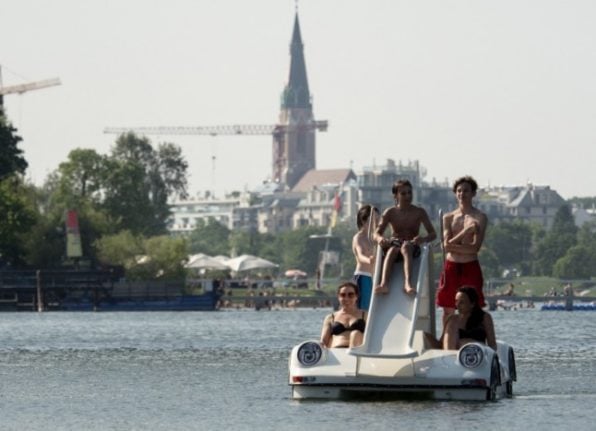 COVID-19 ALERT
Travel: What Covid rules are in place when visiting Austria this summer?

Covid-19 hospitalisations in Austria has gone up by 32 percent in just one week with a large majority of patients located in Lower Austria, Vienna and Upper Austria.

According to the AGES Covid-19 Dashboard, the total number of people currently in hospital with the virus is 1,399, with 90 cases in intensive care.

FOR MEMBERS: Travel: What Covid rules are in place when visiting Austria this summer?

The Wiener Zeitung reports that within 24 hours on Tuesday, a further 112 people were admitted to hospital for treatment and 24 people died. The number of people in intensive care has increased by 14 since Monday July 18th.

The Upper Austrian Chamber of Commerce has also raised the alarm that hospital staff are “more and more at the limit” and is calling for additional staff to relieve the pressure.

The Wiener Zeitung reports that even before the pandemic, there was a nursing shortage of 2,500 personnel in Upper Austria.

The number of Covid-19 infections in Austria currently stands at 109,058 and national seven-day incidence rate is 943, according to AGES. In Vienna, the incidence rate is 1,257 and in Burgenland it is 1,057. The lowest rate is in Carinthia at 644.

Since the start of the pandemic, 20,198 people have died from Covid-19 in Austria, with most deaths in people aged 75 and over.