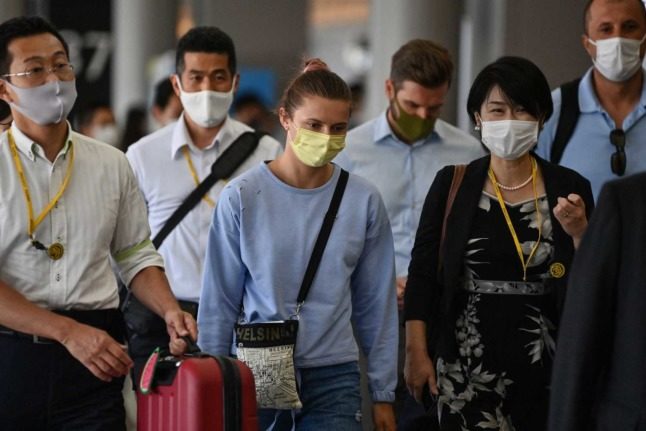 A VIP van followed by two police vehicles were waiting to escort Tsimanouskaya from the plane in what is expected to be a stopover on the way to Poland.

There was a heavy media presence to cover the arrival of Tsimanouskaya, a 24-year-old sprinter who sought protection from Tokyo 2020 Olympic Games staff on Sunday.

She said her team was trying to bundle her onto a plane after she publicly criticised her coaches. She is expected to travel on to Poland, which has offered her a humanitarian visa.

“According to our information, she is scheduled to head to Warsaw this evening,” an Austrian foreign ministry spokesman told AFP earlier on Wednesday.

Tsimanouskaya had initially been expected to take a direct Tokyo-Warsaw flight operated by the Polish LOT airline but she changed her itinerary at the last minute and headed to Vienna.

Austrian press reports had suggested that Tsimanouskaya might choose Austria — homeland of her trainer Philipp Unfried — as her eventual destination.

But authorities in Austria, one of Belarus’s principal trading partners, had initially been reticent at the prospect.

However, on Wednesday the Austrian foreign ministry said in a statement that “should Mrs Tsimanouskaya want to make an asylum application in Austria, she can of course count on our support. The decision is hers to make”.