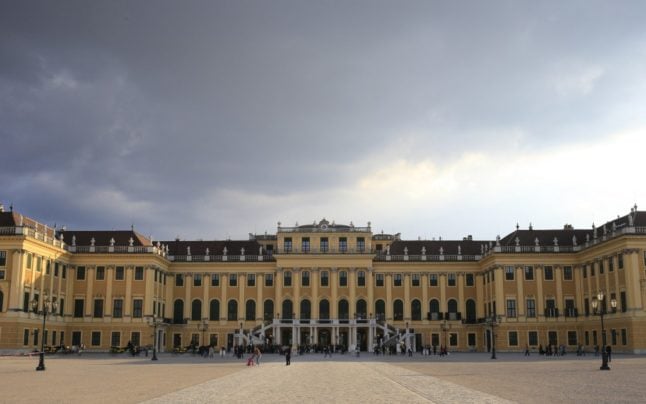 The test street at the Schönbrunn Palace in Vienna is to close after demand for antigen tests fell.  (Photo by ALEXANDER KLEIN / AFP)

The City of Vienna is closing two of its test roads in the Dusika Stadium and at Schönbrunn Palace due to a fall in demand. Compared to spring, only half as many antigen tests were carried out. People are increasingly using the  PCR “everything gurgles” (Alles Gurgelt) scheme for testing, with around 4.7 million tests being taken so far.

Last week, there were 265,000 PCR gargle tests, broadcaster ORF reports. However, because the delta variant is leading to increasing numbers of new Covid-19 infections, the city of Vienna is recruiting contact trackers. The numbers have already doubled since July 1st.

An unknown person sneaked into the office of the Styrian branch of the  political party Neos in Graz and scanned their naked buttocks, according to the Kleine Zeitung newspaper. The owner of the backside is likely to have got in through a side entrance that the Neos share with a pub, Der Standard reports.

Kurz indictment decision is unlikely to be soon

Chancellor Sebastian Kurz’s lawyer request to be questioned by a judge and not the Economic and Corruption Prosecutor (WKTStA) was accepted by the Ministry of Justice, Die Presse newspaper reports.

This means the decision whether Kurz will be charged with false testimony before the U Committee will therefore not be made anytime soon, according to the newspaper. In any case, in an interview with the German news outlet Bild on Sunday the Chancellor said that he would remain in office even if there was an indictment.

Austrian Chancellor Sebastian Kurz has once more strongly advocated the deportation of rejected Afghan asylum seekers, according to the Hungarian newspaper Magyar Hírlap. According to Kurz, the EU should take steps as soon as possible to prevent further waves of refugees from Afghanistan. Kurz stressed that the Austrian government will continue to deport to Afghanistan even if the Taliban take control of a larger part of the country. The government is sending 400 additional soldiers to the external borders with Hungary, Slovenia and Slovakia, who will support the police in apprehending migrants.

Der Standard newspaper reports there are fears in a number of EU governments that a wave of refugees from Afghanistan might reach Europe if the Taliban again take power there. It reports in 2021 the number of border crossings in Austria “increased sharply”. By July 18th of 2021, 15,768 men, women and children had already been discovered. In 2020 as a whole, there were 21,700 seizures, including 200 people smugglers.

The Tyrolean club chairman of the Greens in the state parliament, Gebi Mair, has been seriously injured during a climbing tour in the Kalkkögeln in the Stubai Alps, broadcaster ORF reports. He was securing his climbing partner when he was hit by a boulder. It is reported that Mair suffered fractures or injuries in the thigh, knee and metatarsal area.

Following flooding in Upper Austria, two young children died in a farmhouse from carbon monoxide poisoning. The flooding had caused a blackout and the family switched on an emergency generator, forgetting to ventilate the basement rooms. The incident happened in Lasberg in the Mühlviertel. Two boys, two and five years old, did not survive, and their 32-year-old mother is critically ill, broadcaster ORF reports.