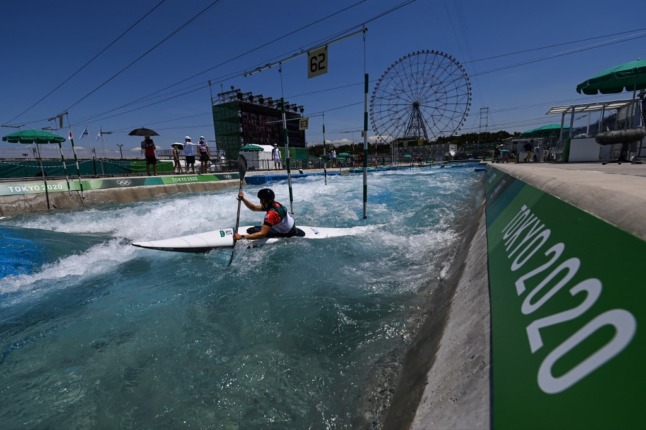 Changes to mask and testing rules come into force today

There are changes to the testing and mask rules in Austria from July 22nd.

These include more strict measures in night spots, where a vaccination certificate or negative Covid-19 PCR test will need to be shown, but also the end of wearing masks in non-essential shops, museums and libraries, apart from in Vienna. In Vienna, the mask requirement is even being re-introduced for cinemas and theatres.

However, all over Austria, it will be necessary to show proof you have been vaccinated, tested negative for or recovered from Covid-19 in restaurants, hairdressers, hotels, cultural venues (apart from museums and libraries), sports facilities and in meetings of more than 100 participants. Masks continue to be mandatory on public transport and in grocery stores.

Mandatory PCR testing could be introduced for returning travellers

Austria’s health department wants to introduce mandatory PCR testing for those returning from travel, as this share of infections is on the rise, broadcaster ORF  reports.

There will be more pharmacies throughout Austria offering PCR tests, as it is now a requirement for those wishing to access late night establishments. Free PCR tests will be available at pharmacies in the next few days, President of the Chamber of Pharmacists, Ulrike Mursch-Edlmayr, announced on Wednesday.

There are also plans to expand Vienna’s “gurgle test” scheme. In Salzburg, PCR tests available in the 15 test lanes of the Red Cross from Friday, in Linz a pilot project for “Alles gurgelt” is already running, the Wiener Zeitung newspaper reports. Carinthia will also offer the Vienna project from August and in Vorarlberg pharmacies will have PCR tests offered. .

There have been mixed reactions to the EU’s report on the Rule of Law in Austria. Justice Minister Alma Zadić acknowledges the largely positive insights from the EU when it comes to Austria but acknowledges that there is “a clear mandate to avoid party politics at the expense of the rule of law”, Die Presse newspaper reports.

The paper also notes that the SPÖ is critical of the report, believing that “the ÖVP is buying its positive reporting”, according to European spokesperson Jörg Leichtfried. Der Standard adds that Constitutional Minister Karoline Edtstadler sees the reports as wholly positive: “In all rankings – whether media pluralism, fight against corruption, independent work by journalists – we do very, very well.”

No double vaccinated people in hospital in Austria

No double-vaccinated people are currently in hospital in Austria due to Covid-19, Der Standard newspaper reports. It reports as of July 9th, 314 cases had been reported to the Federal Office for Safety in Health Care (BASG) in which people contracted Covid-19 despite being fully vaccinated.

Of these 261 had received the vaccine from Biontech/Pfizer, 13 those from Moderna, 39 Astra Zeneca and one Johnson and Johnson. Of these, 16 people died as a result of the disease (15 Biontech/Pfizer and one Moderna), four cases were classified as life-threatening and a hospital stay was reported for 28 other affected persons.

The widow of the former US Senator Ted Kennedy, Victoria Kennedy, is to become the new American ambassador in Vienna. US President Joe Biden proposed Kennedy as the US head of mission in Austria, US media reported yesterday, citing the White House. The nomination had been expected since the previous week after the presidential chancellery in Vienna announced that Austria had given it official approval, broadcaster ORF reports. Victoria Kennedy is known as an activist for stricter gun laws.