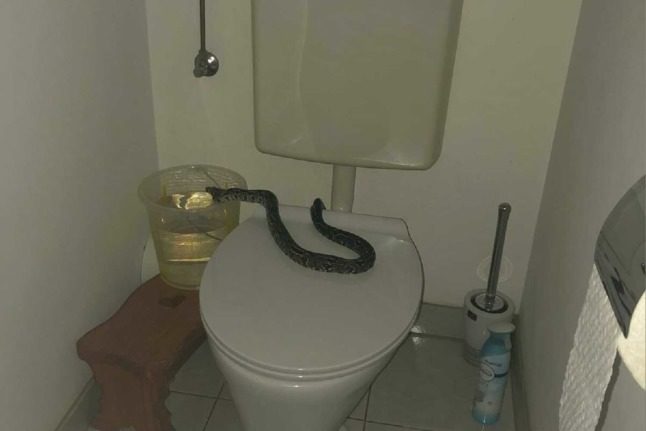 In just two weeks, there have been four high-profile incidents with snakes in Austria – including two popping up out of the toilet.

One of the incidents was fatal, with a 24-year-old snake owner killed by his own horned viper.

On Thursday, July 8th, a boa appeared in a woman’s toilet in Vienna, with the woman narrowly escaping being bitten.

On Monday, a similar incident took place in Graz – although the toilet owner was in this case not so lucky, with the snake biting him on his genitals.

Fortunately for the 65-year-old man, the bite was not fatal.

At the end of June, police who were checking that a released prisoner was complying with his parole requirements discovered ten snakes and two tarantulas in an apartment in Carinthia.

One of the snakes was the most venomous land snake known to man – the Australian taipan.

But why have there been so many snake-related incidents?

While the onset of tropical snake species in homes throughout the Alpine nation of Austria may feel like another painful sign of climate change, the reasons for the snakes’ prevalence is a little less dramatic.

Helga Happ, of the Carinthia Reptile Zoo, said the reason is the growing popularity among Austrians of having exotic animals as pets.

“It’s just a coincidence. Anyone who is interested in reptiles is allowed to buy some,” Happ said.

But why scaly and sometimes dangerous pets?

“Basically, it’s nothing more than the fascination that mountaineering and climbing triggers. You could ask yourself why are people climbing a 400-metre high wall”.