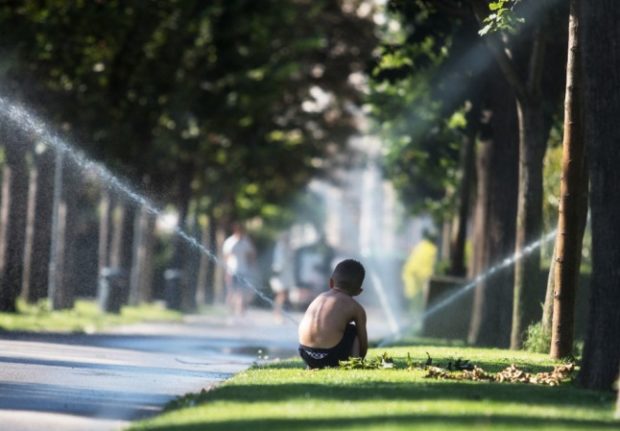 People living in Vienna who have received a first dose of Astra Zeneca vaccine can now ask to be given an mRNA vaccine such as that from Biontech / Pfizer for the second vaccination (cross-vaccination).

According to the City of Vienna, 15,000 second jabs with AstraZeneca are currently still outstanding.

However, as Biontech/Pfizer is not in unlimited supply, it may not be possible for everyone, broadcaster ORF reports.

The AstraZeneca vaccine protects against the Delta variant of Covid-19 and the interval between doses has been shortened to four weeks, the city of Vienna points out. However, Austria’s Medical Association (ÖAK) has spoken out clearly in favor of cross-vaccination.

In Tyrol vaccination will now be possible without an appointment

In future vaccinations in Tyrol’s vaccination centres should be possible without prior notification, broadcaster ORF reports.

The government said that plans were being made for this. In the meantime, the locations of the vaccination centres are being evaluated, some are to be merged or only opened when necessary.

The investigation process has started into Austria’s far right FPO former party leader Heinz-Christian Strache’s trial for bribery. The Die Presse newspaper notes that he is pleading not guilty and has claimed he cannot remember certain initiatives that are under investigation.

Der Standard newspaper comments that Strache and his legal team are presenting a narrative where he himself is the “victim of corruption”, rather than the perpetrator. According to the Wiener Zeitung newspaper, a verdict is expected on Friday.

READ MORE: ‘Ibizagate’: What you need to know about the scandal which continues to grip Austrian politics

The third stage of the “1-2-3 ticket”, or a ticket which would be valid on all public transport in the whole of Austria, is no nearer to completion. Broadcaster ORF says the fact that no solution has yet been found is also due to the resistance of the federal state of Burgenland.

The Der Standard newspaper reports on criticism of the new Green Pass app, saying it is so complicated to use, that the Federal Computing Center (BRZ) responsible for programming has been busy explaining how to find the vaccination certificate to app users via social media with the help of explanatory graphics.

The app is now available via Apple’s App Store and Google’s Play Store , as well as the Huawei App Gallery.

At present, the downloaded file must be opened in the PDF viewer and then sent to the app using the system’s sharing function. A more user-friendly app is in the works, the newspaper says.

The seven-day incidence, or the number of new infections with the coronavirus in the past seven days per 100,000 inhabitants, is 7.4. No federal state has a value above 20. Carinthia (0.5) has the lowest, Vienna with 18.6 is the state with the highest number of infections.

The Innsbruck infectiologist Günter Weiss, sees a “good chance” of a normal autumn and winter in Austria He told the APA agency the vaccinations were a “trump card”, broadcaster ORF reports.

However, he also thinks  preventative booster vaccinations for the elderly and the chronically ill will be necessary from October, as this group has lower immunity to the virus.

Criticism of Austria’s President over congratulations to new Iranian President

“This unnecessary revaluation of the inhuman and criminal regime and its protagonists in Iran is rightly disconcerting for many,” said the foreign policy spokeswoman for the Greens, Ewa Ernst-Dziedzic, in Die Presse newspaper.

Broadcaster ORF comments the The arch-conservative Raisi is extremely controversial because, as Iran’s head of justice, he is responsible for numerous death sentences, and has been nicknamed the “Butcher of Tehran” by critics.

However, it was pointed out that Van der Bellen did not expressly congratulate his counterpart on the election, but on the “appointment”, which is standard diplomatic practice.