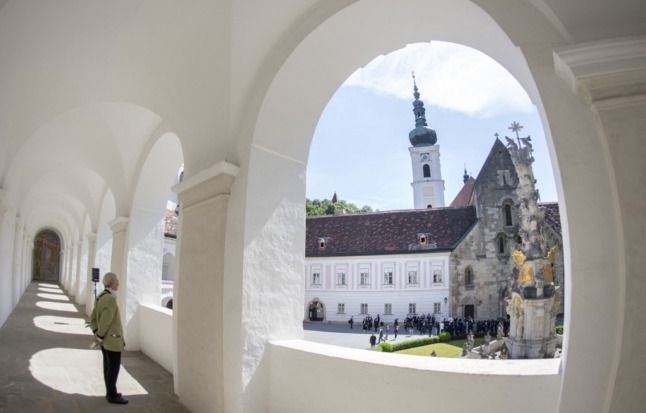 Warning over Delta variant in Austria

There are now 71 cases of the Delta variant of Covid-19 in Austria. The more infectious variant, which requires people to be fully vaccinated for protection against disease, has led to the delaying of England’s next easing steps.

Health Minister Wolfgang Mückstein has warned the Delta variant could also cause problems in Austria in an interview with Der Standard.

He said: “Delta will now slowly spread in Europe, that will also be an issue for us”. However, he also said hopefully vaccination would mean the population would be protected by the end of the summer.

Simulation expert Niki Popper also told broadcaster  ORF that as long as Austria continued to monitor the pandemic and keep to hygiene measures the Delta variant would not be a problem in Austria until August or September.

Parents and children can be vaccinated together in Vienna from June 25th, broadcaster ORF reports. The vaccine will be available to children and teenagers between the ages of twelve and 18. In the case of a child under the age of 14, a guardian must book the appointment.

If the child is older they can decide independently to make their vaccination appointment. It should be possible to book an appointment at the beginning of next week.

Children aged over ten will be able to test themselves at home from July 1st, using free self-tests which can be picked up in pharmacies. Ten tests will be available free of charge per month, creating more test options during the school holidays.

The so-called “living room” tests will be valid for 24 hours, said Health Minister Wolfgang Mückstein. As before, the self-tests are permitted as proof of a negative Covid-19 test in Austria if they have been verified online. After the test result has been confirmed online, you will receive a valid QR code via SMS or email.

However, the living room tests are not valid for receiving a valid QR code according to the Green Passport concept at EU level.

The hotel industry is reporting a challenging season in terms of finding enough staff to work in hotels, according to Austria’s Public Employment Service (AMS). AMS can no longer keep up with the amount of vacancies advertised.

Branch spokeswoman in the Austrian Chamber of Commerce, Susanne Kraus-Winkler told ORF around a quarter of the employees have gone.

Tourism is looking up in Austria. Kraus-Winkler said there had already been “an extremely high number of bookings from Austria and Germany, but also from Switzerland.”

Road rage and reckless driving in Austria is being targeted by politicians. Transport Minister Leonore Gewessler (Greens) will present a package including increased penalties and fines.

In addition, participation in illegal street races will be drafted as a new offence. The speeding package is to be decided in parliament before the summer break and will come into force on September 1st.

The Ministry of Health estimates that the Covid-19 vaccination prevented 1,800 deaths by the end of April, according to the answer to a parliamentary question from the opposition NEOS party.

The Ministry puts the number of people who were spared admission to an intensive care unit thanks to the vaccination at 1,755. Of the 10,662 people who have died in Austria so far after a Covid-19 infection, 2,200 died in February, March and April of 2021.

The Austrian Finance Ministry says that state aid will be extended after the end of June in a package that could cost up to €600 million, Der Standard newspaper reports. The paper notes that aid plans are now more targeted to specific industries that were hit harder during the pandemic, such as gastronomy.

Vice Chancellor Werner Kogler and Finance Minister Blümel announced that Austria’s economy was only 0.4 percent  below the pre-crisis level in 2019, the best values since the beginning of the pandemic, Die Presse newspaper reports.