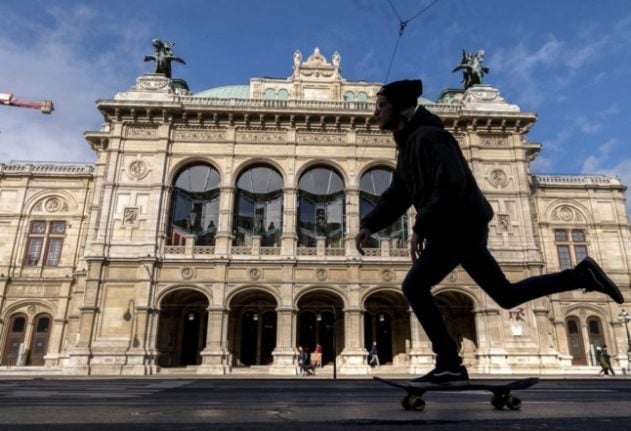 Vienna is no longer in the top ten of the world's most liveable cities. (Photo by JOE KLAMAR / AFP)

Vienna no longer ‘most liveable city’ in the world

Vienna is no longer the most liveable city in the world, according to the Economist Intelligence Unit (EIU) ranking in the the “Global Liveability Index”.

After topping the list since 2018, Vienna is now only ranked twelfth for quality of life. The top three cities are the New Zealand port city of Auckland, followed by Osaka in Japan and Adelaide in Australia. The EIU research unit found the coronavirus pandemic led to a global collapse in quality of life in the ranking, particularly affecting cities in Europe, due to lockdowns, a lack of cultural offerings and burdens on the health system.

Only Zurich and Geneva remained in the top ten. The ranking is based on the health system, education, culture and infrastructure along with social security, political stability and the crime rate.

Austria’s opposition SPÖ party is calling for easier access to Austrian citizenship. The party argues there should be a legal right to citizenship after six years of legal residence and says children born in Austria should automatically receive citizenship, ORF reports.

As The Local has previously reported, Austria has some of the strictest citizenship requirements in Europe. The party also called for federal government fees of (currently €1,115 euros) for naturalisation to be canceled and individual state fees, to be standardised at a correspondingly low level.

The General Director of the Austrian Health Insurance Fund (ÖGK), Bernhard Wurzer, is calling for a “national vaccination dialogue”, according to the APA agency.

He says coronavirus booster vaccinations, which will be needed at the latest by next year, should be discussed.

He also discussed the possibility of a national strategy for vaccination rather than different vaccination rules in each of Austria’s nine federal states. He believes the booster jabs should also be given free of charge.

Further hurdles remain for the Austria’s “Green Pass”, or electronic certificate showing proof of testing, vaccination or recovery from Covid-19.

As the Local reported yesterday, Austria’s Green Pass is due to be launched at the end of the week, with an EU-compliant QR code.

However, vaccinated persons cannot enter their vaccinations for the time being.

Katharina Reich, Director General for Public Health, told the broadcaster ORF “Report” programme yesterday evening that this should be possible before July 1st, when the EU’s “Green Pass” is due to start.

The United States relaxed its travel warning for American citizens to Austria on Tuesday. The alpine state is now on level three of the four-level warning system along with Germany and dozens of other countries.

This means US citizens are only advised to reconsider their travel plans to these countries. For level four countries, which still include several EU states, travel is not recommended at all, broadcaster ORF reports.

The highest warning level still applies to EU countries such as Portugal, Belgium, the Netherlands and Poland, but also to the neighbouring Austrian countries of the Czech Republic, Slovakia and Slovenia and Croatia.

There is still a pandemic ban in place on entry to the US for foreigners from the European Schengen area, as well as Great Britain, Ireland, India, China, Brazil, South Africa and Iran unless it can be demonstrated it is in the national interest of the US.

The seven-day incidence, or the number of new infections with the coronavirus in the past seven days per 100,000 inhabitants, is 27. All federal states are now under 50 – with Burgenland (10.5) having the lowest and Tyrol (48.2) the highest. 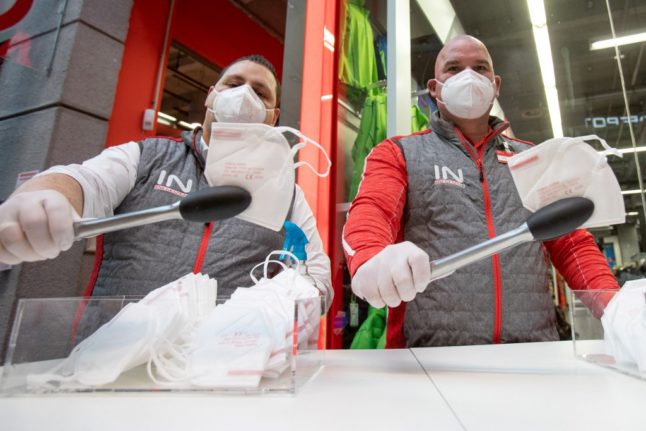 The government will reveal later today how it wants to proceed with compulsory vaccination and Austria’s mask requirement.

The Krone newspaper reports it is expected that people will no longer have to wear FFP2 masks in supermarkets and pharmacies from June. There have recently been calls from trade unions and retailers to waive the obligation to wear masks in supermarkets and pharmacies due to the burden on employees. Since mid April, masks have been mandated in hospitals and care homes, public transport and taxis, in the customer area of ​​essential trade, in administrative authorities and in institutions for religious practice. This ordinance is currently scheduled to expire on July 8th.

It is expected that the compulsory vaccination law will remain suspended over the summer and fines will not be issued.

Austria’s Chancellor Karl Nehammer (ÖVP) has cancelled his trip to the World Economic Forum (WEF) in Davos at short notice. He was due to arrive in the Graubünden mountain village on Tuesday morning.

“The Federal Chancellor will remain in Austria for the next few days so that he can take care of urgent domestic political obligations,” the Federal Chancellery said today, broadcaster ORF reports. Austria will be represented at the WEF by Finance Minister Magnus Brunner and Foreign Minister Alexander Schallenberg (both ÖVP).

Quarantine rules and a reporting obligation for people who have had close contact with someone with monkeypox should come into effect by Tuesday morning, according to Austria’s Ministry of Health. However, no vaccine against the disease has been ordered as yet. The United States has started to vaccinate healthcare workers against the virus with the smallpox vaccine, which also protects against monkeypox.  Britain has also placed a large order for smallpox vaccine. The Krone newspaper reports Austria will work with the European authorities to determine whether a vaccine might be suitable for use in Austria.

Vienna Pride will return to Vienna on June 11th, with its rainbow parade also coming back to the city’s Ring road  for the first time since the pandemic.

Around 200,000 participants are expected to join the capital’s 26th parade. For the first time the rainbow parade will also address climate issues and will march with “Fridays For Future”. There will also be supporting programmes including guided tours in the city’s Kunsthistorisches Museum and in the Albertina, a special screening in the film museum, beach days and medical lectures. However, the Pride Village in Rathausplatz, will not return until 2023.