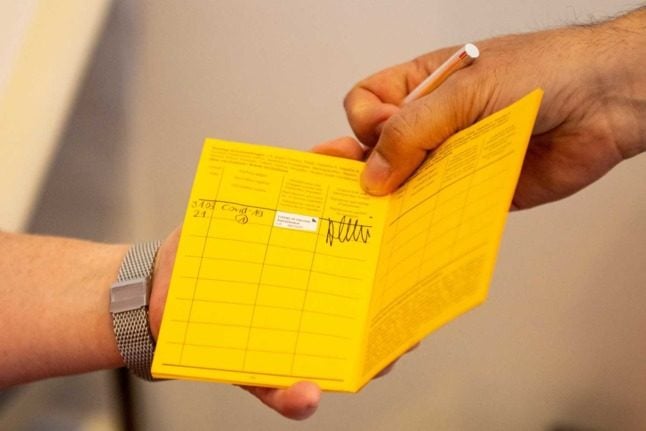 Currently, evidence of this must be shown on paper, but this is expected to change when Austria introduces its ‘green pass’ – i.e. its coronavirus immunity card – sometime in June.

More information about the rule can be found at the following link.

But what if someone has faked it to make it?

A major concern among Austrian authorities – and one which has delayed the introduction of the immunity card – has been forgery.

While the details of how to properly stop forgeries are still being sorted out, Austria has put in place heavy fines for individuals or venues which don’t stick to the rules.

What if venues don’t check for valid tests?

Hospitality venues are required to ensure everyone on the premises is in compliance with the 3G Rule.

This entitles them to ask to see evidence of recovery, vaccination or a negative test, while they are also allowed to ask for ID if they feel someone is presenting another person’s test result.

The fine for failing to properly check – and having someone caught on the premises – can be up to €3,600, Austrian media reports.

What can I be fined for faking a test?

While it might not seem like such a big deal, under Austrian law, forged tests are considered to be forgery of official documents and carry heavy penalties.

This can result in a fine of up to 500 euros for the person presenting the forged test or vaccination result, according to the Austrian government.

A police spokesman said the exact amount of the fine will depend on the circumstances.

Not only that, but forgers can spend several months in jail for doing so, with prison sentences of up to one year possible under Austrian law.

Documents do not need to be professionally forged – although professional forgery services have cropped up over Europe ahead of the release of the immunity card – for you to fall foul of the rules.

So even if you turn the ‘1’ into a ‘7’ on your certificate while thirsty for a quick pint, you could get yourself in a world of trouble.

Austrian media reports that forged tests or vaccination certificates have been made available for as little as €40.