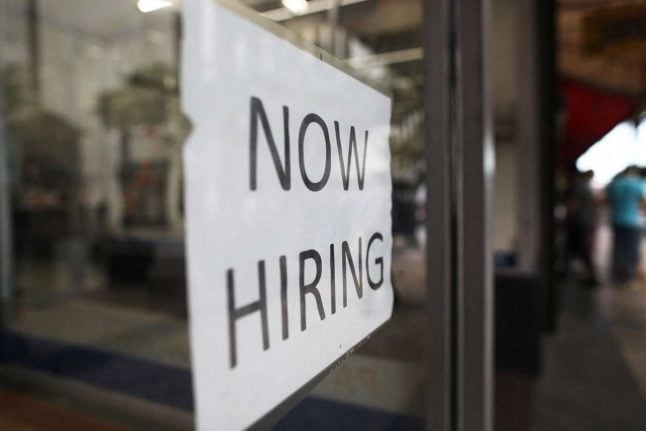 But there are some specifics to be aware of, such as the main industries in Austria, the type of jobs available and the key locations for international companies that use English as the working language.

To help job seekers get started, The Local has put together a useful guide to the top jobs for international residents in Austria.

What are the main industries in Austria?

The biggest employer in Austria is the service sector, with 71.48 per cent of employees in Austria working in service jobs.

This makes the service industry an important economic pillar in the country.

According to figures from Statista, other key sectors in Austria are industry, which employs 25.04 per cent of workers, and agriculture at 3.48 per cent. 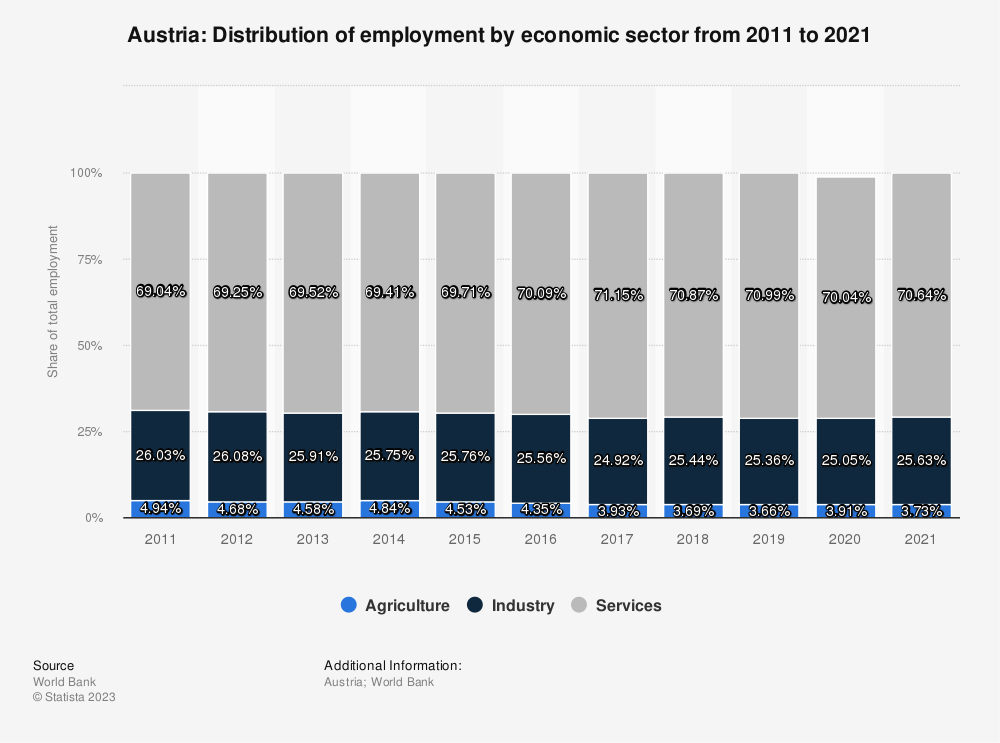 Agriculture appears small in comparison, but it’s a highly developed sector with a strong trend towards organic farming in recent years.

Austria also has a dynamic wine scene – particularly in Burgenland, Lower Austria and Styria – which exports millions of Euros worth of wine each year.

Plus, Austria has the highest proportion of organic vineyards in the world.

IN PICTURES: How Austria produces white caviar – the ‘world’s most expensive food’

To break down Austria’s main industries even further, the following are big contributors to the economy: food and luxury commodities, mechanical engineering, steel construction, chemicals and vehicle manufacturing.

Then there’s tourism, which in non-pandemic times is a key driver in Austria’s economy, especially in the Alps and lakes regions, as well as in cities like Vienna and Salzburg.

Jobs for English-speakers in Austria

The native language in Austria is German but English is also widely spoken and there are many jobs for English-speakers throughout the country.

In tourism-dependent regions like Tyrol, many ski resort areas hire English-speaking staff over the winter months, with companies like Tui even hiring directly from the UK in pre-Brexit times.

Teaching English is another job that’s easily accessible for native English speakers in Austria, especially for those with existing teaching experience.

Most English teaching jobs require a bachelor degree and a TEFL teaching qualification, with the majority of teaching positions located in Vienna and Salzburg.

Other English-language jobs regularly advertised in Austria are web developers, software engineers and roles in academia.

Which international companies are based in Austria?

Austria sits in the middle of Central Europe, making it a convenient location for international companies and organisations – particularly in cities like Vienna, Linz and Salzburg.

This makes Vienna the main hub for job vacancies for international residents in Austria.

Outside of Vienna, Linz is Austria’s second largest economic area and another popular location for international companies, with Borealis, BMW and Siemens all based in the city.

Then there’s Salzburg, where companies like Red Bull and Hofer (the name for German supermarket Aldi in Austria) are headquartered.

Other international companies in Salzburg include BMW, KTM and Porsche. Plus, the University of Salzburg is a big employer in the city.

For technology jobs, Graz has a lot to offer – especially in biotechnology, energy and environmental technology – but there aren’t as many well-known international companies based in Graz as there are in Vienna, Linz and Salzburg.

How to find a job in Austria as an international resident

Many jobs in Austria are advertised on the usual platforms like LinkedIn and Indeed, making them good places for English-speaking job seekers to start looking.

But there are Austria-specific job websites to be aware of too – like XING (the LinkedIn of the German-speaking world), Jobs in Vienna and Karriere.

English-speaking roles are usually advertised in English, making them easy to spot, and the description will often state if the company language is also English.

In fact, many international companies that are based in Austria have adopted English as the working language, making them ideal workplaces for English-speakers.

However, it’s always beneficial to have German language skills as well, even when working in an English-speaking role.