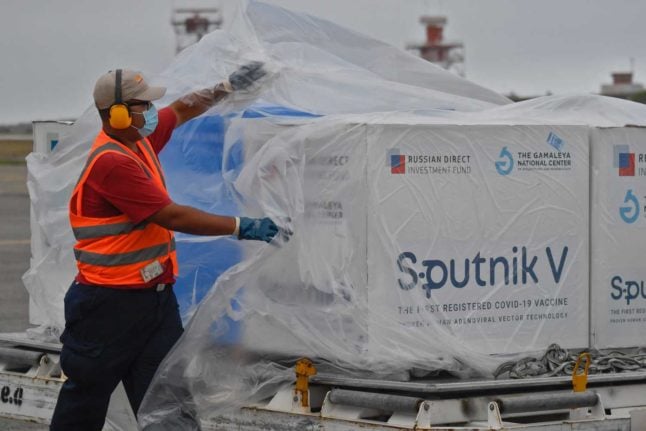 Austria on April 19th announced it had sealed a deal to purchase one million doses of Russia’s Sputnik V vaccine.

Austria importing the Russian vaccine will make it the third EU member to have done so after Hungary and Slovakia – although only Hungary has started administering the vaccine.

The announcement however raised several questions, including whether the Austrian government would push ahead to administer the vaccine or whether it would wait for approval from the European Union – and when exactly the vaccine would be available.

What’s the status of the deal?

Chancellor Sebastian Kurz said in early April “we are in the closing stages and an order for Sputnik V can probably be placed next week”.

The announcement of the done deal was made on April 19th.

Kurz said on social media he was “very happy about the binding delivery promise” he made with Russia’s ambassador Dmitrij Lyubinsky.

Austria’s Der Standard newspaper reported on Wednesday that Austria looks set to place a delivery of the vaccine even before it receives approval from the European Union’s medical authority.

Why is Sputnik V not approved?

Though EU member Hungary is already administering Sputnik V and a total of 57 countries have authorised its use, according to the Russian Direct Investment Fund (RDIF), it is still under review by the European Medicines Agency (EMA).

The EU in March began a process to assess the vaccine, although EU authorities were critical in late March when they were not allowed to visit the manufacturing site.

Can Austria start administering the vaccine without EMA approval?

Yes. EU law allows countries to trigger what’s known as an ‘emergency approval’ process, which allows the vaccine to be administered locally before the EMA approves it.

However, in on April 19th Austrian leaders announced publicly that they would not use the emergency approval process and would instead wait for the OK from the EMA.

In this case, while Austrian officials have already indicated they believe the vaccine to be safe, presumably the vaccine would be available to the public once it had been approved by Austrian health authorities.

When will Sputnik V be administered in Austria?

At this stage, nobody knows when vaccinations with Sputnik V are likely to start.

Austria’s Der Standard reports that a delivery could be made as soon as the first week of April, although there is no guarantee of immediate injections.

Why don’t we know more?

Specifics of the arrangement are difficult to determine however as the deal is subject to a confidentiality agreement, Austrian media reports.

For instance, in the early days of the negotiations, foreign media reported that the deal to import the vaccine has already been done, whereas Austrian media – and Kurz – have indicated it is not yet finalised.

Why is Austria pushing hard for Sputnik earlier than other EU countries?

Earlier this month, Kurz and five other central and eastern EU leaders urged Brussels to find a “correction mechanism” to fix what they called the unfair distribution of coronavirus vaccines within the bloc.

“If Austria receives an additional one million vaccine doses, we will be able to return to normality faster and could save many lives as well as jobs,” Kurz said.

“There should be no geopolitical blinkers when it comes to the vaccine. The only thing that should matter is whether the vaccine is effective and safe, and not where it comes from.”

Austrian Health Minister Rudolf Anschober agreed, saying “One thing is clear: every vaccine used in Austria must be effective and safe”.

The Russian vaccine has an effectiveness of around 92 percent.