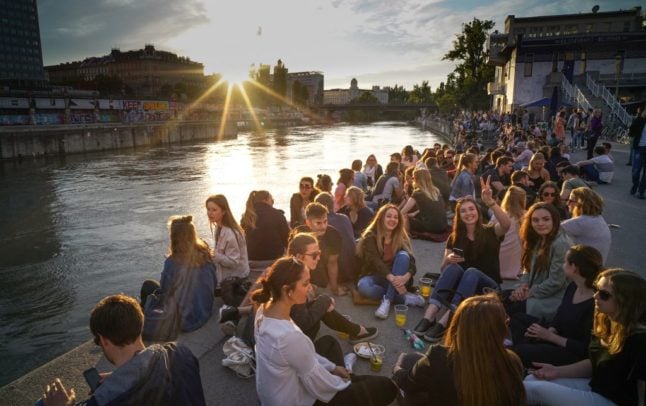 From Thursday, everyone visiting the Danube Canal, Schwedenplatz, Stephansplatz, Karlsplatz and Maria-Theresien-Platz will be required to wear an FFP2 mask.

The FFP2 mask requirement will also extend to Resselpark near Karlsplatz, and could be extended to other areas which become too busy, Vienna’s Mayor Michael Ludwig told the Austrian press agency APA, newspaper Wiener Zeitung reports.

Other areas such as Yppenplatz in Ottakring are under consideration, newspaper Heute reports. However, Vienna’s Kärntner Straße will not have a mask requirement, as the authorities feared it would drive people into narrower side streets, the paper reports.

Austrian newspaper Der Standard reports large parks such as the Prater will not be put under a mask requirement.

Outdoor places which require FFP2 masks to be worn will be clearly signposted, Heute newspaper reports.

‘Easter Rest’ to start on Thursday

EXPLAINER: What is allowed in eastern Austria during the hard lockdown over Easter

Thursday will be the first day of an “Easter rest” period across Vienna, Lower Austria and Burgenland. During this time people will be asked to stay home, and only leave the house for limited reasons, such as for rest and relaxation, exercise, to buy groceries or essential items, or to seek medical help.

However, the first day of lockdown will coincide with summer temperatures, meaning Vienna could reach up to 24 degrees, tempting many residents outside to enjoy the sunshine.

Non essential retail will close as will hairdressers, museums and zoos and people will be asked to limit their contacts. It is also not allowed to travel out of the eastern states in lockdown to go shopping, visit a hairdresser or to go on holiday.

The Easter pause will stay in place in Burgenland and Lower Austria up to and including April 6th. It has already been extended in Vienna until April 10th.