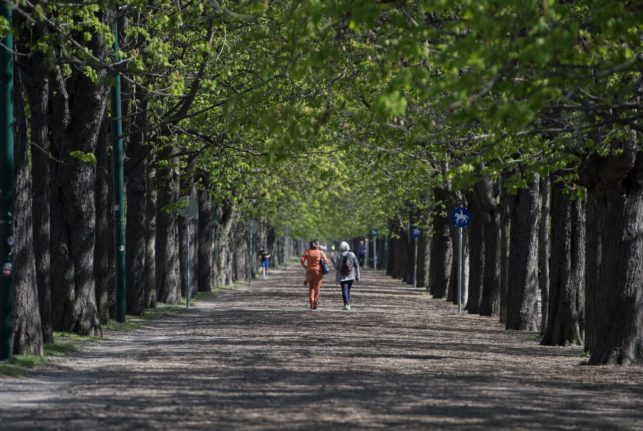 Summer weather on Wednesday and Thursday

The next few days will see summer temperatures throughout Austria. Around 23 to 24 degrees is expected in Vienna, Graz and Klagenfurt, and temperatures could reach 25 degrees in the Inntal, Walgau and Salzach Valley. The warmest days will be Wednesday and Thursday.

The warm phase will slowly come to an end on Good Friday, and there could be a few rain showers, in places even with lightning and thunder.

Tighter rules for people coming into Austria will came into force tomorrow at midnight.

Commuters from all non-EU and EEA countries as well as from the high incidence countries Bulgaria, Estonia, France, Italy, Malta, Poland, Sweden, Slovakia, Slovenia, the Czech Republic, Hungary and Cyprus must show a negative PCR or antigen test no older than 72 hours.

Self-tests may not be used.

Commuters from all other EU and EEA must present a test result on entry form the past seven days or carry out a test within 24 hours.

Next step towards EU vaccination passport

Austria and twelve other EU countries – Germany, Denmark, France, Italy, Spain, Portugal, Greece, Slovenia, Croatia, Cyprus, Malta and Bulgaria – have agreed on the development of a “common priority list with clear criteria for the green passport for tourism”.

Austria’s seven-day incidence, or the number of new infections with the coronavirus in the past seven days per 100,000 inhabitants, is 260, according to the AGES database.

There are currently 2,227 people in hospital treatment due to the coronavirus, 534 of them in intensive care units.

Johnson & Johnson vaccine to be delivered from 19th April

Johnson & Johnson announced on Monday it will start deliveries of its single-dose vaccine to the EU from 19th April, following the vaccine’s regulatory approval by the EMA on 11th March.