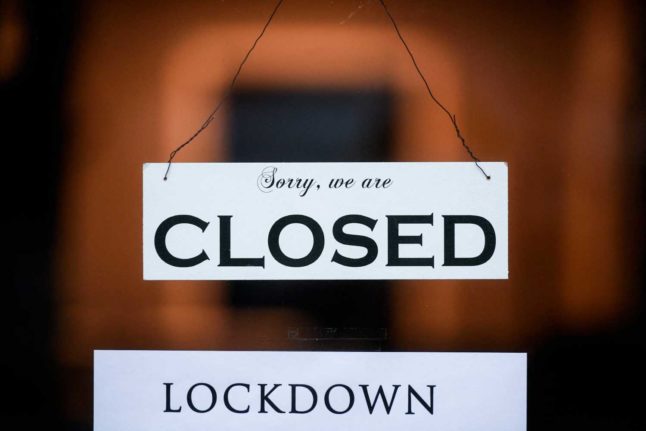 Please note: this has since been extended again. Click here for more information.

On Wednesday evening, the government – along with representatives from the three eastern states – outlined nine measures which would be put in place as part of the tightened lockdown from April 1st.

Some are set to expire on April 6th, while others will continue for the foreseeable future.

The announcement was made on Wednesday evening at a press conference by Health Minister Rudolf Anschober together with Governors Michael Ludwig (Vienna), Johanna Mikl-Leitner (Lower Austria) and Hans-Peter Doskozil (Burgenland).

The announcement had been delayed due to disagreements over the measures that should come into place, with government officials holding a three-day meeting.

The exact measures are as follows.

A 24-hour stay at home order will come into effect from April 1st, whereby you can only leave the house for certain exceptions.

This is expected to expire on April 6th, although it may be continued if infection rates and hospitalisations remain high.

More information as to when you can leave your house is available at the following link.

Austria’s coronavirus lockdown: Under what circumstances can I leave my apartment?

Close contact services – known in Austria as ‘body hugging services’ – like hairdressers, tattoo parlours and cosmetic services will be closed from April 1st until April 6th.

Non-essential shops (i.e. retail) will be forced to close. Only supermarkets and pharmacies will be allowed to open from April 1st until the 6th.

FFP2 masks will be required outdoors wherever crowds form outdoors. This can be on streets or in public places.

FFP2 masks have been required in supermarkets, train stations and other publicly accessible indoor places in Austria since January.

FFP2 masks will also be required in indoor settings where more than one person is present, i.e. offices.

No, you will not have to wear an FFP2 mask at home.

Commuters (i.e. workers) who travel in and out of risk areas must be tested twice per week.

Risk areas have been declared all over Austria over the past few weeks due to rising infection rates (such as in Wiener Neustadt) or a high prevalence of variants of the virus (Tyrol).

This also applies to people commuting from abroad to work, i.e. from the Czech Republic and from Slovakia and Hungary.

Companies are to ask employees to work from home or be tested at least once per week during this time.

This does not however amount to a mandatory working from home requirement, as had been previously reported before the announcement was made.

Schools will go to distance learning after the Easter break (i.e. no face-to-face lessons) until the 9th of April.

Schools will start again on the 11th of April with face-to-face lessons.

Negative tests required to visit shops – when they open again

If retail opens again on April 7th – which is by no means certain and depends on infections and hospitalisations – people will need to show evidence of a negative test to go into non-essential stores.

This is likely to be in a similar fashion to the existing ‘entry tests’ for visiting hairdressers and the like in Austria – a rule which has been in place since February 8th.

May I leave my Austrian state?

There are no restrictions on travelling to other states as part of the rules, provided your reason for leaving the house is sufficient under the measures.

What does this mean for the rest of Austria?

Anschober said that the measures may be extended across the country if infections continue to rise.

“Eastern Austria is a pilot region, it could easily be the same in other federal states.”

Will this really end on the 6th?

Not necessarily – in fact, things could get a little stricter.

Ludwig told the press that if these measures did not work in curbing rising infection rates and hospitalisations, an extended lockdown would be imposed.

“If we don’t see results in a timely manner, we will have to go beyond this package,” says the Mayor of Vienna Michael Ludwig.

“Eastern Austria is much more confronted with the ‘British variant’, which is also related to the neighbouring countries Slovakia and the Czech Republic, where the variant is widespread. Vorarlberg is doing better there, the British variant is currently less widespread in Switzerland and Germany”, said Ludwig.

“Until now we believed that school is less affected. We now see it differently. Not everyone should go back to school immediately, the risk of infection there is very high,” says Ludwig.