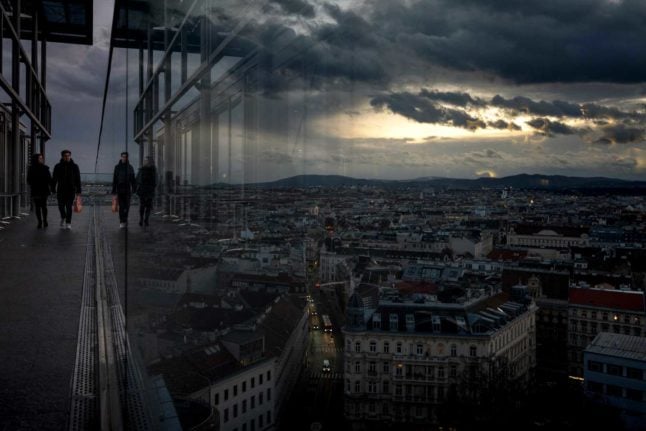 Prices in the capital city Vienna are always high, as well as in ski resort hotspots in the western provinces in the heart of the alps.

Surprisingly though, Vienna is not Austria’s most expensive city for property.

In 2020, Innsbruck in Tyrol retained the top spot with the average price for a square meter rising to €6,170, according to figures from Immowelt. An amount that is out of reach for most people.

But if Tyrol has some of the most expensive prices in the country, where is the cheapest place to buy property?

The answer is to go east.

Lower Austria and Burgenland are two provinces where buyers can still find cheaper prices for property.

In fact, Immowelt reported that some districts in Lower Austria have the lowest property prices per square metre in all of Austria. These areas are mostly found close to the border with the Czech Republic.

For example, prices in Lilienfeld, south of St. Pölten, start at €1,290 euros per square metre. In Horn, the capital of the Waldviertel district, prices start at €1,180 euros.

But the cheapest option was found in Jennersdorf, in Burgenland, with prices at just €1,070 per square metre.

Other prices per square metre in Burgenland were reported as starting at €1,300 in Oberpullendorf and €1,390 in Oberwart.

To provide a comparison, the report also listed the average price per square metre in Kitzbühel in Tyrol at €6,460 – even more expensive than Innsbruck.

According to real estate agents Engel & Völkers, the price per square metre in Kitzbühel has risen by 150 per cent since 2012, which makes it the last place to consider if looking for a cheaper home to buy in Austria.

Why is there such a difference in price between the provinces?

Tyrol is home to the Austrian alps and many ski resorts, including famous Kitzbühel. As a result, it’s a magnet for rich investors – often from outside of Austria.

This is great for property developers but for local people it makes getting on the property ladder almost impossible.

READ MORE: Seven common mistakes to avoid when buying a home in Austria

It also helps to ensure property prices across the province, including the capital Innsbruck, remain high.

However, places like Lilienfeld and Horn in Lower Austria don’t have the same appeal to buyers and investors – especially when it comes to luxury second homes.

And although Lilienfeld and Horn are not too far from Vienna, they are not as well connected to the city with public transport as other towns in the province, which keeps prices low.

Burgenland, on the other hand, is a prominent wine region and enjoys a milder climate.

But the economy is not as strong as in other provinces with one of the lowest GDP per capita across Austria. This is then reflected in the property prices.

Has the pandemic impacted property prices in Austria?

Despite reports of economic doom and gloom, the pandemic hasn’t hit the property market in Austria with prices increasing by 11.6 per cent in 2020, as reported by The Local earlier this year.

In fact, experts are predicting that prices will keep rising throughout 2021 as more people seek stability and safe investments – like in property.

The main difference however is that more buyers are searching for homes outside of city centres, with the areas surrounding Vienna and the lakes region in Carinthia becoming popular locations.

The rules on foreign ownership of property in Austria differ between provinces.

For example, in Tyrol, Vorarlberg and Salzburg, non-EU citizens are not allowed to directly own a holiday home in these provinces.

Whereas in Burgenland, Carinthia, Lower Austria, Upper Austria, Styria and Vienna, buyers have to apply for a foreigner permit licence first.

For third-country nationals living in Austria (which now includes Brits), a mandatory approval is required from either the provincial or district administration authority before they can buy property. 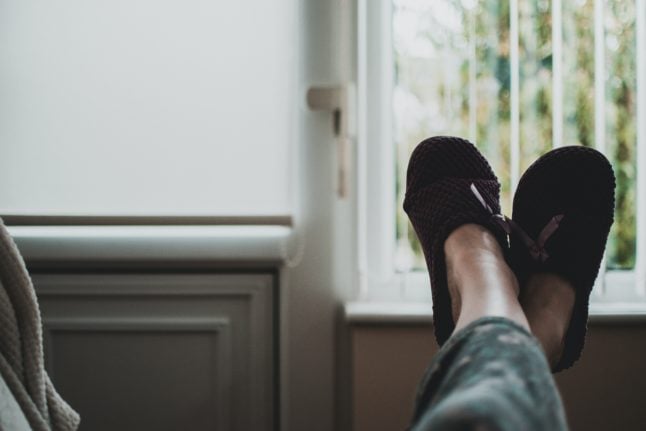 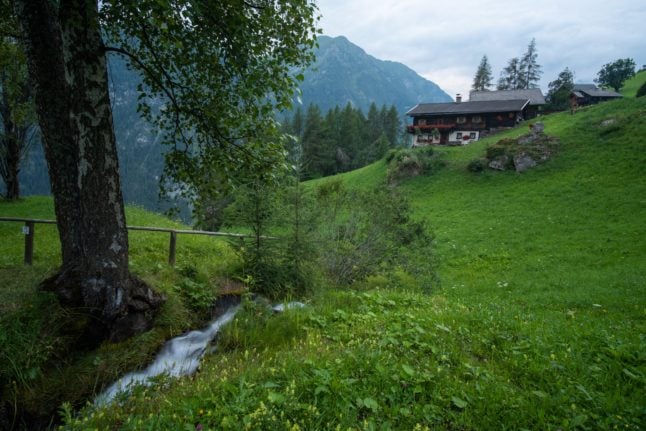 Property prices are rising in much of Europe, and Austria is no exception.

The graph below from the European Union’s statistical agency Eurostat shows the sharp upwards trajectory over the past few years with property price increases in Austria outpacing those in the European Union  as a whole. 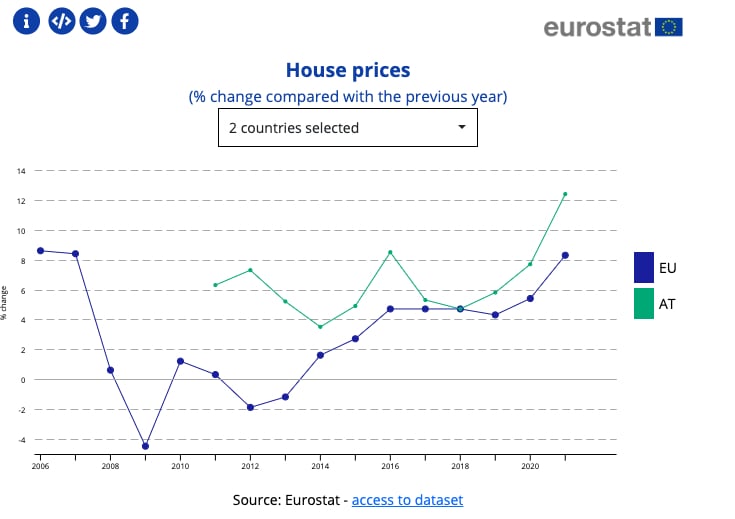 And a new survey found that the average price per square metre for new apartments in Austria rose by 11 percent last year, making the country Europe’s second-most expensive market.

It’s no surprise, then, that property ownership in Austria remains low.

According to Eurostat, 55.2 percent of people owned their home in Austria in 2021 – well below the 70 percent European average. That’s the third lowest percentage in Europe after Switzerland (41.6 percent) and Germany (51.1 percent).

READ ALSO: Why do so few Austrians own their home?

So, where can we find cheap(er) homes in Austria – either properties that are move-in ready or those that could be excellent investments for those who enjoy fixer-uppers (or huge DIY projects)?

To find these gems, we used a property website that allowed us to search for real estate in the whole of Austria (instead of just a few main cities) and showed us homes with at least three rooms.

The price limit was set at €100,000 (while our colleagues in even-more-expensive Switzerland had theirs set at a much heftier CHF 500k, around €515k).

As of August 2022, we found 25 houses and 34 apartments meeting these criteria on sale.

As you might expect, many of these need (a lot of) work, but the good news is you can definitely still nab a home for under €100,000 with gorgeous views, small plots of land or lake access.

What types of properties are there?
Looking at houses first (see the map above, which also shows the average purchase price across Austria’s different regions), a few things stand out:

The vast majority of the immediately liveable properties are on the tiny side – most are around the 40 square metres mark and billed as holiday homes – but many come fully furnished, a bonus if you’re working to a tight budget.

You will find bigger ones (the largest we saw was 124 square metres), but then they are likely to be complete renovation projects.

If you head for the border, you’ll get more house for your euro in southern and eastern Austria. Many of the properties we saw were in peaceful Burgenland, Austria’s least populous state.

And if you’re happy to buy just over the border in Hungary, Slovakia or even cross into Croatia, you’ll get more space – and less work – for your money.

You might think cities would be a complete no-no for snapping up bargain properties, but when we looked, we actually found a few properties a short drive from Vienna that were below our top price.

House or apartment?
When it comes to apartments, you’ll get more square metres  – we found flats within this price bracket were around 70 square metres on average – and a slightly greater choice of location for your money

Plus, the apartments we found were generally in much better condition – some are even newly renovated and fabulous – so you wouldn’t have so much, if any, work to do.

But there is, inevitably, a compromise: you might get a terrace or a balcony, but most won’t have a proper garden, and certainly no land or outbuildings, which many of the houses we found did have.

Even when you do find cheap properties, though, they are sometimes quite literally too good to be true. Some may require completely gutting, others may not be connected to the grid or might need costly lease renegotiations.

So, whether you go for a house or an apartment, you need to make sure you do your homework and carry out a thorough inspection first.

While renovation projects can be great investments, they’re time-consuming and can be very costly.

Before you take the huge step of purchasing, be honest with yourself about your own skill levels and how much time you have for a project – it’s easy to get caught up in the romantic idea of the end result of a gorgeous renovation – and get estimates for any work that needs to be done.

If you’re looking at buying somewhere to rent out, check average monthly rents for that area to be sure it’s worth you putting all the hard work in and that you’ll get a good return on your investment.

Whatever your reason for buying, check the property’s location carefully – some have poor access or no connection to basic services.

And it’s important to be mindful of extra costs, too: besides renovation costs, you’ll also have to fork out for property taxes, monthly charges, as well as any lease renewal costs and other living expenses.

These can all vary depending on the type of property and where it is. 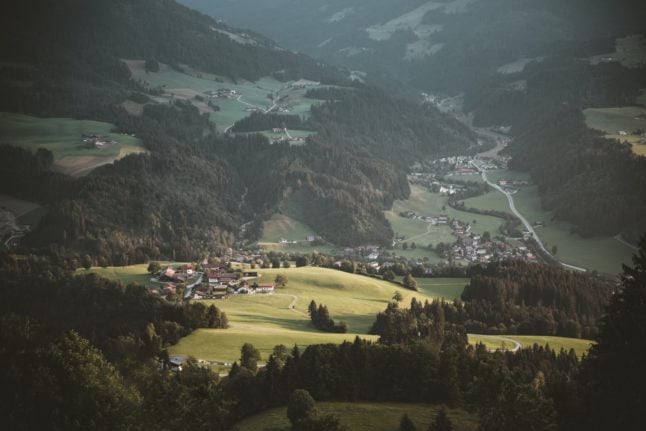 PROPERTY
Property buying rules for foreigners in Tyrol and Vorarlberg

PROPERTY
Where to find property in Austria for under €100k
Url copied to clipboard!