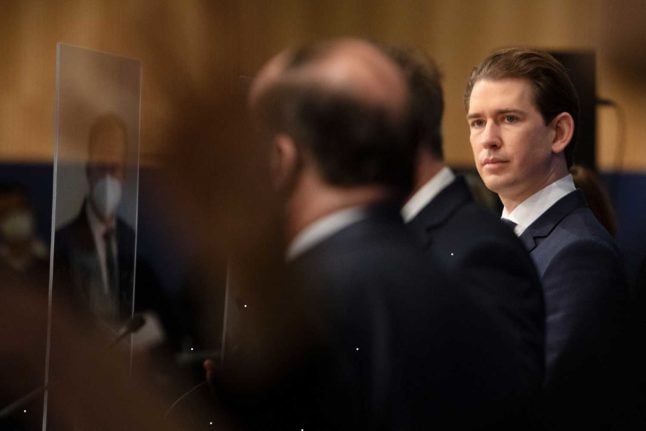 Leaders of state and federal governments met in Vienna on Monday to discuss the country’s coronavirus lockdown plans.

The government announced late on Monday that planned relaxations of lockdown measures from Saturday, March 27th, would not go ahead.

The existing lockdown measures will remain in place across the country until at least after Easter.

However, from April onwards, Austria will adopt a regional approach which allows certain regions with lower infection rates and hospitalisations to open up.

The announcement will not affect the western state of Vorarlberg, where a range of lockdown measures were relaxed on March 15th.

Contrary to previous reports, Austria did not put in place any specific loosening of the measures for the Easter period.

Austrian media had reported in the lead up to the announcement that the government may adopt temporary relaxations to the rules to allow Easter gatherings, however these appear to have been rejected by the government.

The government indicated that infection rates and hospitalisations were too high at the present moment to allow a relaxation of the measures.

READ MORE: How does Austria decide whether to tighten or loosen coronavirus measures?

What is the current situation in Austria?

In Austria, the number of occupied intensive care beds is now around 400. This corresponds to a little more than 40 percent of the total available capacity.

According to calculations by the experts, this number will rise to 515 by the end of March.

This may not seem so bad. However, looking at the national picture is slightly misleading, as there are big differences between the east of Austria and the west.

In the east, hospitals are getting close to the levels seen last autumn, when Austria went into its second lockdown.

In Vienna, ICU beds are at their highest rate of occupancy since the pandemic begun.

In Austria, the seven-day incidence is over 230, rising to over 300 in the east.

However, even in Vienna (314), politicians are calling for pub gardens and restaurant terraces to open.

Neighbouring Germany is discussing lockdown measures until after Easter because its seven-day incidence, or the number of new infections per 100,000 people over a seven day period, has now exceeded 100.