Why do so few Austrians own their home?

Austria has one of the lowest home ownership rates in Europe. Why?

For many of us, it’s the dream - graduate, start a job and buy our own home.

But while in many cultures - particularly in English-speaking countries - home ownership is an almost universal (if sometimes unreachable) dream, this is not always the case in Austria.

Just over half of the people in Austria own their own home - well under the European average.

But why - and will this change anytime soon?

Austria has the third-lowest home ownership rate in Europe

Unlike many English-speaking countries, property ownership in Austria is less common.

According to the European Union’s statistical agency ‘Eurostat’, 55.2 percent of people own their home in Austria - well below the 70 percent European average.

That’s the third lowest percentage in Europe after Switzerland (41.6 percent) and Germany (51.1 percent). 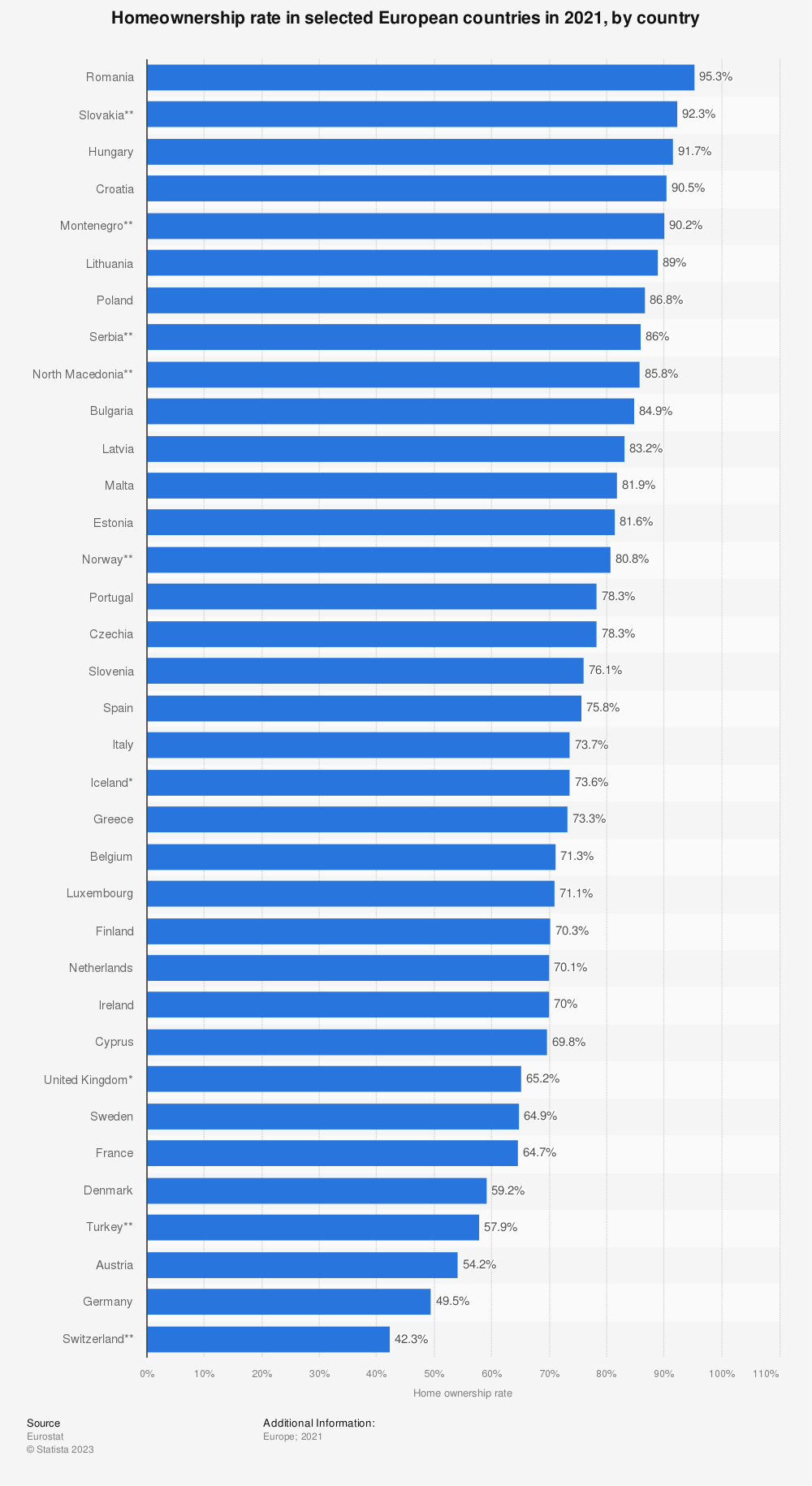 Does this change from state to state?

The home ownership rate in Austria is the lowest in the capital.

In Vienna, only seven percent of residents live in their own home, according to research from Austrian banking group BAWAG.

The highest percentage of homeowners in all of the country is however in Burgenland, where more than two thirds (70 percent) live in their own home.

Why are Austrians not so keen on buying?

German-speaking Europe has developed a culture which favours renting over buying - at least a lot more so than the majority of the continent.

There are several theories for why this is.

One study looking at the low rate in Germany, found four major historical factors which have contributed to a preference for renting over buying: a large supply of high-quality social housing, a lack of subsidies for home owners (unlike Spain or the Netherlands), strong protections for renters and long-term stability of rental prices.

While Austria and Germany are not the same country, many of the underlying factors between the two are similar - which has resulted the development of a similar rental culture.

Many of these factors have remained central in Austrian society in recent years. While governments in other countries develop housing policies which incentivise buying a house, in Austria many of these policies encourage renting.

Austria - and particularly Vienna - has undertaken an extensive program of social housing since the early part of the 20th century.

As Jake Blumgart of City Monitor wrote in 2020: “Between 1924 and 1934, the city government built around 400 housing blocks with 64,000 units. Every district of the city had at least one new public housing complex, and an eighth of the population lived there.”

“Rents were capped at 3.5% of wages, which was intended to cover merely maintenance costs.”

Is this likely to change in the future?

A major reason why this is unlikely to change dramatically soon is housing satisfaction.

One study looking at housing satisfaction found that Austria was the only European country (of eight surveyed) where tenants displayed the same amount of satisfaction as homeowners with their housing situation.

It stands to reason that if people are happy with their situation then they are unlikely to push politicians to change it, which is perhaps why behaviour has stayed relatively similar over the past decade despite increasing house prices.

In Vienna, 60 percent of residents live in city-owned homes or apartments which are run by non-profit collectives.

This explains the dramatic difference in home ownership between the country and the city - i.e. Vienna’s seven percent to Burgenland’s 70 percent.