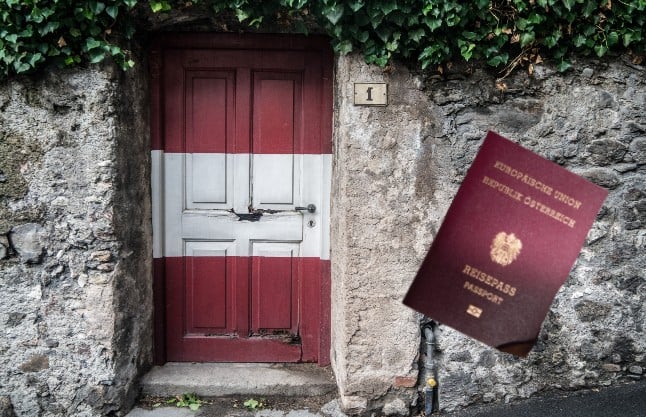 Photo by Ante Hamersmit on Unsplash

After a few years of living in a foreign country there usually comes a point when you ask yourself the big question – should I stay or should I go (home)?

For many people, the answer is to stay.

After all, living in another country with a different language and culture takes time and effort to get used to. Why give it all up?

This is the case for lots of international residents in Austria – many of whom decide to make the alpine country their long-term home through either permanent residency or citizenship.

But what’s the difference for a foreign national between becoming a permanent resident and a citizen in Austria?

Mostly it comes down to how long someone has lived in the country and how much commitment they want to give to Austria.

What do you get with Austrian residency?

The permanent residence permit for third-country nationals in Austria is known as ‘Long-term – EU’ or ‘Daueraufenthalt EU’.

Daueraufenthalt EU is a permanent right of residence in Austria, with the permit card to be renewed every five years.

It comes with free access to the labour market and many similar rights as citizens, such as conditions of employment, social security, tax benefits and access to study grants.

This residence permit is granted to people that have lived in Austria for five uninterrupted years and completed Module 2 of the Integration Agreement, which involves learning German up to Level B1.

For people that have previously lived in Austria on condition of their job with a particular employer, long-term residence offers more freedom when it comes to work. But stops short of offering full citizenship rights like a passport or voting rights.

If gaining citizenship is not on the cards, then permanent residence is a smart option for those that want to live in Austria on a long-term basis.

What do you get with Austrian citizenship?

Austrian citizenship is available for people that have lived in Austria for at least 10 years (or six years for EEA nationals), with five years as a permanent resident.

With Austrian citizenship (naturalization), successful applicants get all of the benefits of permanent residency. As well as eligibility for an EU passport and the right to vote in elections.

Plus, there is no need to renew a residence permit card every five years.

Another added bonus is having the same rights as Austrians when buying property and having freedom of movement within the EU bloc.

People with citizenship also describe having a stronger sense of belonging in their chosen country.

The downside is that dual citizenship is not allowed in Austria. This means most people have to revoke their original citizenship to become an Austrian citizen.

This doesn’t apply to a new citizenship category though, which was established for victims and descendants of the former national socialist regime and allows applicants to become dual citizens.

Another consideration for men under the age of 35 is that becoming an Austrian citizen means completing six months of compulsory military service, or nine months of civilian service.

For some Brits living in Austria, citizenship has been a way to protect their status against the impact of Brexit – particularly for those with Austrian spouses and children.

Before the 2016 referendum on EU membership in the UK, it was rare for British people to apply for Austrian citizenship.

But in the years following the referendum, that changed, with the naturalization of 44 British people in 2018 and 96 in 2019.

However, with the roll out of the new Article 50 EUV Card (post-Brexit residency document) for British citizens in Austria, this trend might now reverse.

Which one is better – permanent residency or citizenship?

The decision to apply for permanent residency or citizenship will depend on a person’s eligibility and long-term life plans.

For many people, permanent residency is enough to secure a long-term settlement status with the right to live and work anywhere in Austria.

For others though, the ability to vote in elections and become a fully-fledged member of Austrian society with an Austrian (and EU) passport makes citizenship an attractive option.

But if there’s even a chance of returning home in the future, then it’s worth thinking very carefully before applying for Austrian citizenship.

Giving up original citizenship is a big decision and for some people it’s just too big of a price to pay.

If that’s the case, then permanent residency is a good alternative for making Austria a long-term home.

Becoming a citizen of another country is a big decision, especially in a country with many requirements, rules and fees like Austria. For example, in order to apply for naturalisation, you need to have lived in Austria for at least six years (or up to ten in some cases) and must meet another range of criteria.

The requirements fall into several broad categories, one of which is that you must have no criminal convictions and there are no pending proceedings against you.

Additionally, people who have received one or more administrative penalties in Austria are also barred from applying for at least five years if at least one of those penalties incurred fines of more than €1,000.

Administrative violations include drinking and driving, running a red light or stop sign and, yes, speeding. If your speeding fine totalled more than €1,000, – meaning you have likely been well beyond the speed limit – you need to pay it and wait five years before applying for citizenship.

How high are speeding fines in Austria?

There are no specific amounts that people need to pay for each offence. Instead, the law stipulates a range, and a judge will decide on a case by case basis.

Exceeding the maximum speed limit will result in a fine from €300 to €5,000 with the amount depending on aggravating factors such as how far above the speed limit the driver was and whether they had previous speeding offences.

Other offences that can lead to fines of more than €1,000 include driving with an alcohol content above the limit, driving in dangerous conditions such as by participating in illegal street races, failing to stop to provide assistance after a traffic accident and others.

Being “blameless” is just one requirement for naturalisation in Austria. The applicant must also prove that they speak German to an adequate degree and that they are integrated (they need to show a German certificate and pass a citizenship test).

Additionally, you are barred from applying for citizenship if you have received minimum income support for more than 36 months within the last six years.

You (or your partner) also need to have a regular income at the moment of application that “sufficiently secures your livelihood”. For a single person living alone, this means your net monthly income minus regular monthly expenses (such as rent and loan payments) needs to be higher than €1,030.49 (2022 numbers).

Those are very high standards in a country where the average net income is €2,161.99 and rent for a one-bedroom apartment in the Vienna city centre averages €915. Furthermore, there are also costs to the citizenship process. In the capital, people can expect to pay between €1,200 and €1,500 for the bureaucracy – not adding values for any translation needed, for example.

Finally, a significant requirement, one that certainly puts off many, is that the person naturalising must give up their original citizenship. This is because Austria will only accept dual citizenship after naturalisation in extremely rare cases.