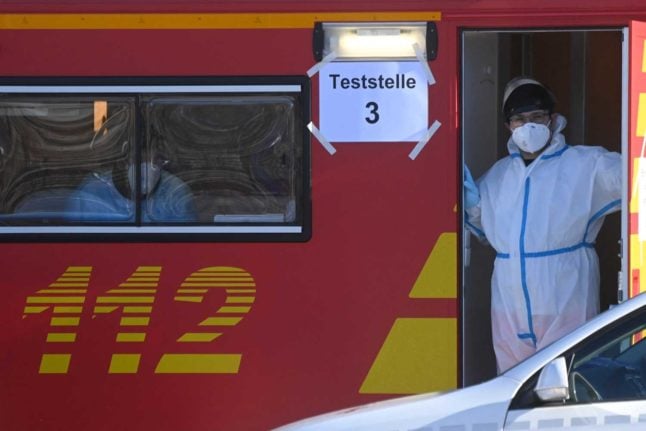 A spread of the South African variant could pose a major setback in Europe’s fight against the pandemic both because it is more infectious and because it may be more resistant to the vaccine made by AstraZeneca.

The EU ordered about 40 million doses of the AstraZeneca jab.

“We will receive 100,000 additional doses (from Pfizer-BioNTech) from the EU to fight the spread in the district of Schwaz,” Austrian Chancellor Sebastian Kurz said at a press conference, adding that the region was “one of the biggest clusters of the South African variant in Europe.”

Pfizer-BioNTech’s vaccine, based on a different technology than AstraZeneca, is expected to be much more effective in protecting against the onset of Covid-19 when transmitted through the South African variant.

EXPLAINED: Why has Austria locked down the state of Tyrol?

A commission of international scientists, dispatched by the EU, will accompany the vaccination campaign in Schwaz to evaluate its efficacy in eliminating the highly contagious variant.

“Our goal is to stymie this large cluster and move towards zero infections, as much as this is possible,” Kurz said, adding that he’d like to “exterminate the variant.”

Every adult resident of the district with a total population of about 80,000 will be offered a vaccine starting around March 10, while the district will continue to be quarantined and only those with a negative Covid-19 test will be allowed to leave.

The number of active cases has dropped from more than 200 a few weeks ago down to below 100, largely due to a quarantine and mass testing imposed after several media reports alleged that a group of middle-aged men who travelled to South Africa for their annual golf holiday had introduced the variant.

Also on Wednesday, the Austrian capital of Vienna began administering the first doses of AstraZeneca to those older than 65, hoping to speed up its campaign to inoculate the majority of its roughly 2 million residents.

“There is no reason to continue to block this,” the medical director of the Vienna health association, Michael Binder, said Wednesday, describing AstraZeneca as a “valuable vaccine” with “adequate efficacy”.

The World Health Organisation has said that the AstraZeneca vaccine could be given to people over 65, but France and Germany refused to authorise it for that age group.

French Health Minister Olivier Veron has since reversed course, saying Monday the vaccine would be extended to those between 65-75 with comorbidities.