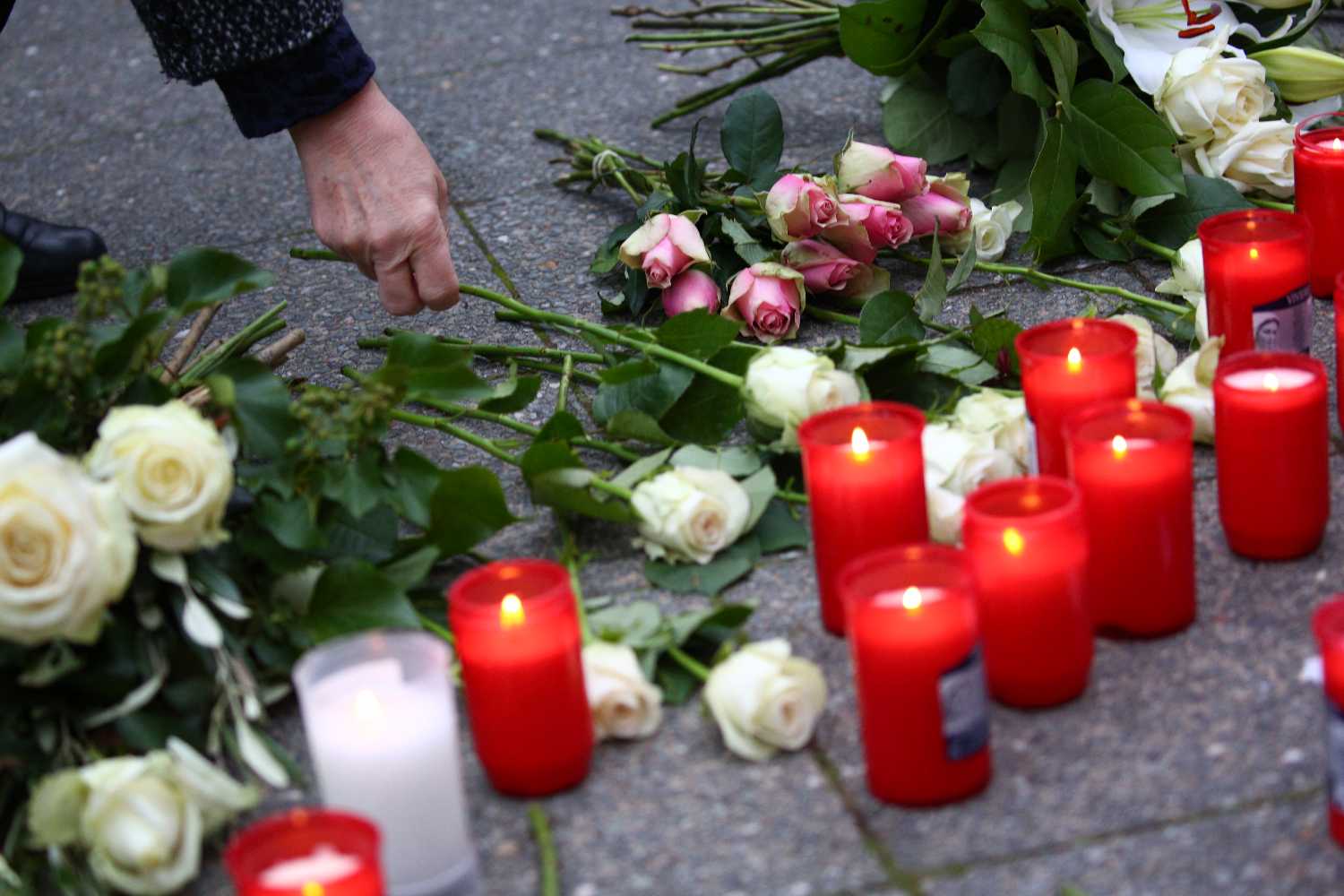 A woman lays a flower at a memorial to the victims of the Vienna terror attack at the Austrian embassy in Berlin. Photo: OMER MESSINGER / AFP

Convicted Islamic State sympathiser Kujtim Fejzulai killed four people before being shot dead by police in the first major attack in Austria for decades and the first blamed on a jihadist.

One lawsuit on behalf of the mother of a 24-year-old German student shot dead by the attacker is being brought because “the Austrian authorities didn't do everything in their power to prevent such an attack,” lawyer Norbert Wess told AFP.

An officially commissioned, independent report into security failures in the run-up to the attack recently found that there were several missed opportunities to act on warning signs about Fejzulai's conduct.

The victim's family has been offered a total of 5,800 euros ($7,025) in compensation and help with funeral costs, but that amount doesn't even come close to covering the cost of transporting the body to Germany, Wess says.

In addition the text of the lawsuit says that the victim's mother “has had to be treated for depression… and take daily medication”, as well as not being fit for work.

The lawsuit demands a total of over 104,000 euros to reflect the trauma the family has suffered and the high funeral costs. In addition the family felt themselves insensitively treated by the Austrian authorities in the wake of the attack.

In order to receive compensation her sister had to “prove, through photos and similar means, that there was a close emotional bond with the victim”.

While this is the established legal procedure, Wess says authorities could possibly have taken “a more accommodating approach… in such an obviously tragic case”.

Having to provide proof of their relationship “put a great strain on the victim's sister,” he said.

The lawyer for the parents of a second, 21-year-old Austrian victim also confirmed to AFP they were filing a lawsuit demanding compensation on similar grounds.

“We will demand compensation for the grief, shock and for the funeral costs,” Mathias Burger told AFP.

Referring to the failure to spot warning signs about Fejzulai,Burger said there had been “grave neglect on the part of the authorities which justifies a public liability lawsuit”.

He said the claim would be for 30,000 euros for each parent, plus the costs of the funeral and extra compensation for the victim's mother whom Burger described as “heavily traumatised”.

“We hope to settle this without going to trial,” he added.

A third lawsuit claiming official liability for failing to prevent the attack is being brought as well on behalf of several of those injured, also demanding more generous compensation.