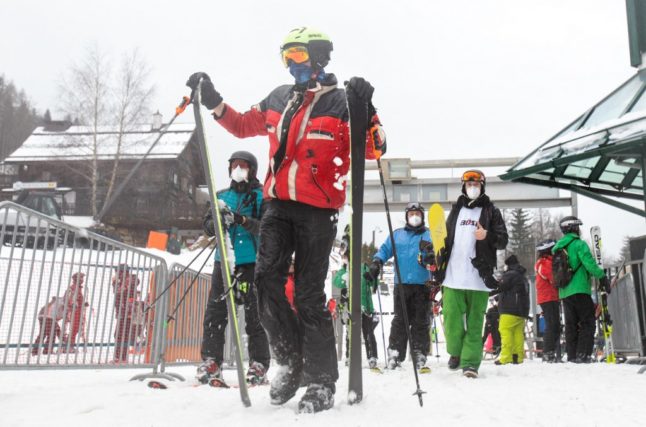 The measures were announced on Sunday by the Tyrol authorities, and mean from Monday 15th February, anyone using the ski slopes during operating hours must be able to show a negative PCR or antigen coronavirus test result which is not more than 48 hours old.

Children under the age of 10 are exempt from the regulation, as are those who were infected with the coronavirus in the past six months and can demonstrate this with a medical certificate.

Random health checks by the health authorities are in place to check people are following the rules.

The new rules do not apply to ski tourers, who normally do not use ski lifts and stay off piste and outside ski resorts.

In addition the new regulations do not apply to cable cars and chair lifts in Tyrol, as this falls outside Tyrol’s jurisdiction.

In practice, this means that the use of a gondola is still possible without proof of a negative test unless you are going up the mountain for skiing.

Tobogganing, for example, is still possible in the area without having a negative test result.

The chairman of the Tyrolean Greens, Gebi Mair, told Der Standard : “Cable cars are means of transport and meet a traffic requirement. Therefore, the state cannot restrict them by means of ordinances. The Ministry of Transport would be responsible here.”

Mair said he expects that many cable cars will now cease operations, since there are so few visitors. The Bergbahnen Sölden in Ötztal already announced on Monday it will shut down.

He also said the obligation to test on the slopes as “completely unnecessary” and said it would only create more confusion and misunderstanding.