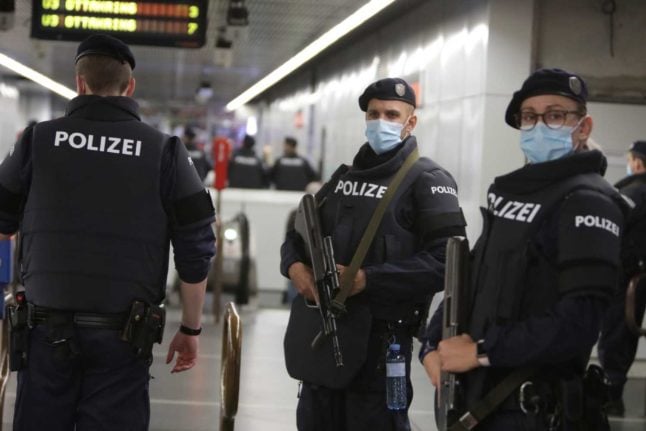 In the days after the convicted sympathiser of the so-called Islamic State (IS) group killed four people in central Vienna in November, Chancellor Sebastian Kurz of the centre-right People's Party (OeVP) promised tough new anti-terror legislation.

The official review period for the draft legislation ended on Tuesday.

Its central articles would allow for released terror offenders to be monitored “electronically”, which is not further defined. It would also create an offence of “religious extremism,” which experts say is redundant due to existing criminal law.

“The way it is now, there'd need to be serious revisions,” the president of the Austrian Judges' Association, Sabine Matejka, told AFP Wednesday.

“This was drafted in an extreme rush – it would usually take several months of consultation and discussions with experts” before a draft was even put forward, Matejka said.

Justice ministry spokesperson Julian Ausserhofer told AFP that the criticisms were “being examined” before the draft is brought to parliament.

Previous elements of the draft, such as a proposal to introduce “preventive detention” were dropped after concerns they would be illegal and raised the ire of the Green party, the OeVP's junior coalition partner.

“This (law) is a manoeuvre to distract from systemic failures within the interior ministry,” Selma Yildirim, the justice spokesperson for the opposition Social Democrats (SPOe), told AFP.

The interior ministry was strongly criticised in the wake of the November attack for failing to monitor or detain the gunman, despite authorities being alerted that he had been in contact with Islamist radicals from neighbouring countries and had attempted to buy ammunition in Slovakia.

Proposed reforms of the law regulating Islamic religious activity, in particular the proposal for a mandatory register of all imams, have been criticised by representatives of the Muslim community and by church leaders.

The November gunman was shot dead by police as he carried out his attack in a popular nightlife area of Vienna, on the eve of the country going into a partial coronavirus lockdown.

The attacker was just one of about 150 individuals who have returned to Austria after attempting to or succeeding in joining the Islamic State in Syria or Iraq, making the small nation of fewer than 9 million home to one of the largest per capita rates of IS fighters in Europe.