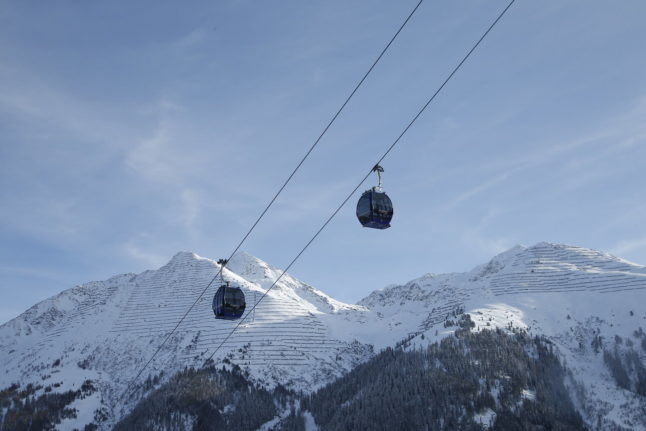 The mayor of St Anton in Alberg, which is one of Austria’s most popular resorts, said that fines of €2,180 had been handed out to 96 foreigners for breaches of public health rules, according to a report in the Guardian.

READ: What is the fine for not wearing an FFP2 mask in Austria?

The tourists are all believed to be young people, some of whom attempted to pass through a loophole in Austria’s lockdown regulations by pretending to be looking for work.

Austria’s ski resort have stayed open for locals, but the country does not permit foreign tourists to use them.

Austria has so far recorded 7,700 deaths of patients who died with a coronavirus infection.

The country has been in a lockdown since Boxing Day, with hotels closed for tourists.

Foreign nationals have circumvented Austria's coronavirus entry restrictions in order to use the country's near-empty ski slopes and gather in breach of rules, according to Danish public service broadcaster DR.

Austria currently has a de facto ban on foreign tourists entering the country for skiing, but nationals of Denmark and other countries have entered the Alpine land by registering as work seekers, according to the report.

Helmut Mall, the mayor in Tyrolian ski resort town Sankt Anton, told DR that he could not put an exact number on the amount of tourists who had entered the region in this manner for skiing, but said there were around 300 seasonal workers in the town including “a good number of Danes”.

“Since Christmas, more and more foreigners have come here. Around 10-15 per day,” Mall said.

“They say they are looking for seasonal work. But Austria is closed down because of corona. Ski tourism has been left fallow. There's no work to look for here,” he added.

Police in Tyrol informed Ritzau on Saturday that there were no Danes among the ski tourists who have been fined for violating the Austrian restrictions.