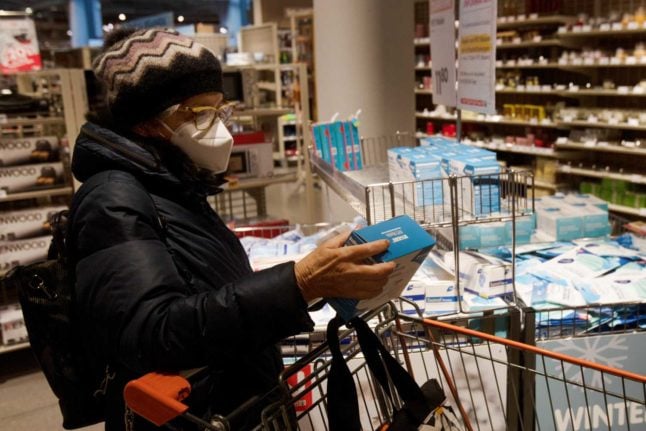 A new study by an Institute for Demography of the Austrian Academy of Sciences (ÖAW) shows that seven per cent of people in Austria have been infected with the SARS-CoV-2 virus.

The results of the study were presented by the Viennese demographers in the journal “PLOS One” together with Vienna’s Technical University (TU).

The study took into account the age of the population, the general death rate in relation to age, the number of deaths associated with Covid-19 and Covid-19 deaths in relation to the documented numbers of infected people, or case mortality.

Using mathematical modelling, the researchers had also calculated how many of the actual cases had been detected using testing, the Austrian Academy of Sciences said.

The analysis by demographers Miguel Sánchez-Romero and Vanessa Di Lego and colleagues showed that in most countries, only around 60 percent of cases were recognised by test strategies.

This value also applies to Austria, as Sánchez-Romero explained.

“Different test procedures, asymptomatic persons and the limited availability of tests on a large scale reduce the chances of really detecting all cases,” he said.

The scientists used statistical models to estimate how many people had been infected with Covid 19, including unreported cases.

In its work, the team focused on the USA –  and found even in the states of New York and New Jersey, which had an estimated 20 percent infection rate, herd immunity was still a long way off.

Director of the National Institute of Allergy and Infectious Diseases, American immunologist Dr Fauci, said as many as 85 percent of people must be vaccinated or immunised to achieve herd immunity from the coronavirus, ORF reports. Due to the mutations of the virus, it is difficult to establish at what percentage herd immunity is achieved.

The demographic team points out that their estimates for various countries are closely aligned with the results of seroprevalence studies, in which the number of people already infected is sampled based on antibodies in the blood and then extrapolated to the total population.

However, such examinations are time-consuming and expensive. Whether vaccinating the population can reduce transmission of the virus should become clearer in February.

PARTNER CONTENT
Have you fallen down the self-diagnosis rabbit hole?