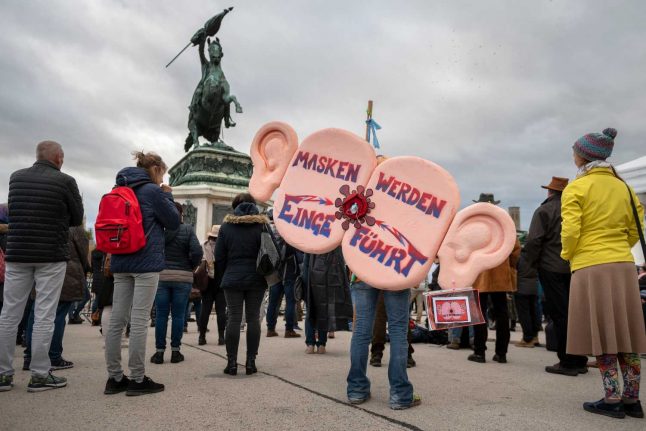 The advert, printed in the Kurier and Oesterreich newspapers, included claims that mask-wearing is “damaging to health” and that the “overwhelming majority of scientists warn of serious side effects” from vaccines based on mRNA technology.

Both claims in fact run contrary to the majority of scientific opinion.

The editor-in-chief of Kurier, Martina Salomon, conceded in a column printed alongside the advert that it contained “theories decisively rejected by the majority of the scientific community”, but justified its publication on grounds of “freedom of expression”.

She also argued that suppressing such opinions would “only encourage abstruse conspiracy theories”, despite the advert itself warning of the dangers of a “centralised state being used by international actors”.

Many were not convinced by Salomon's reasoning and accused Kurier and Oesterreich of irresponsible behaviour.

The editor-in-chief of the Heute tabloid said it had rejected the ad.

The editor of the Falter weekly Florian Klenk said on Twitter: “So you can get this fake news into Kurier as an advert. Unprecedented.”

Professor Leonhard Dobusch from Innsbruck University, whose work has included research on the nature of information exchange online, tweeted that “the irony is that while Facebook and co. are making it harder to take out such ads, the previously proud print media offer them an alternative route for their disinformation”.

Austria is currently in its third coronavirus lockdown, which is scheduled to end on January 24.

Recent restrictions have brought down daily infection rates from their peak of almost 10,000 in mid-November when the statistical average stood at 471 per 100,000 inhabitants over a seven-day period.

But they remain above the government's target of a seven-day average of below 100 per 100,000 inhabitants.

Austria has seen a growing number of protests organised against coronavirus restrictions.

While the protests are still only drawing relatively small numbers, the authorities are concerned about the presence of “extremist” elements and this week new government guidelines were issued for monitoring them.

Three such protests planned for this weekend and a larger rally planned for January 16 in the capital Vienna have been banned, police spokeswoman Barbara Gass told AFP.

Those behind the events had previously organised others where illegal activity had taken place and the protests would not be conducive to the public good, she said.