What you need to know about the 'minimum wage' in Austria

What are the rules in Austria when it comes to earning a "minimum wage"? Here's what you need to know.

For many new arrivals to Austria, it is surprising to learn that Austria does not actually have a legal minimum wage.

While minimum wage laws have been introduced across much of Europe recently - with Austria’s northern neighbour Germany putting one in place on January 1st, 2015 - Austria has enforced no such statutory minimum.

Fortunately however this does not mean people can be paid as much (or as little) as their boss likes.

How is ‘minimum’ wage organised in Austria?

While many other countries around the world set a statutory minimum wage to ensure workers - and particularly those working in the service industry - are not underpaid, in Austria this takes place through negotiating collective agreements.

Collective agreements in Austria stipulate how much employees must earn. This is in effect a minimum amount, as employers are free to pay their employees a higher amount if they see fit, or to set up bonus schemes.

What are collective agreements?

In Austria, minimum standards are not set by law, but by collective or individual bargaining with your employer.

Generally, collective agreements will be negotiated by trade union representatives and will apply to an entire industry or in an entire canton, meaning that you yourself do not need to negotiate.

There are however some jobs or industries - usually for jobs with higher incomes or which are less common - where negotiations will take place on an individual basis.

These agreements will not just cover a minimum payment amount, but they will also set benefits, holiday pay and working conditions.

How are these ‘fixed collective agreements’ organised?

A fixed collective agreement should specify a lower wage limit.

This will usually be based on an industry or job type.

There can however be hourly pay rates, depending on the industry.

OK, but how much am I going to get paid?

The industry you work in will be crucial here, as will your experience.

Employees in banking, insurance, chemical and pharmaceutical industries get some of the highest pay

In Austria, it is not at all uncommon to see people paid different amounts to do the same job based purely on their experience.

What are some examples?

They are as follows (per month as at January 2021) 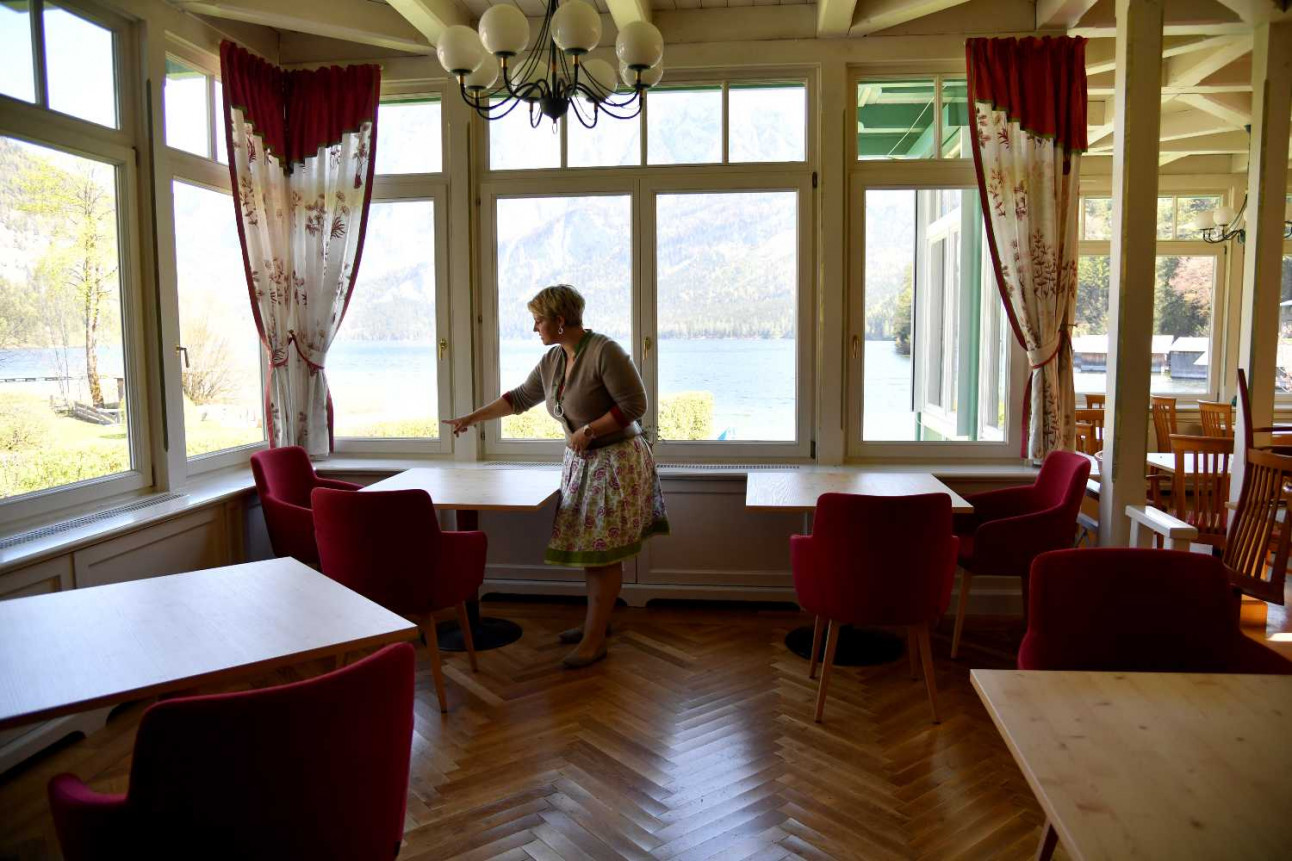 Hotel workers are some of the lowest paid in Austria. Photo: BARBARA GINDL / APA / AFP

How do I find out how much I will be paid - or how much I should be getting paid?

Given that there is no statutory minimum, job seekers are usually advised to check their contracts carefully before signing them when starting a new position.

Queries or issues should be clarified with the HR manager or whoever else is in charge of recruitment.

It is not considered impolite to ask such questions of a company during the hiring process - and even if it was, it’s kind of important, so don’t worry about asking too many questions.

HR managers may also ask you about how much you expect to earn, so have an answer ready.

Here it is important to also ask how the pay is organised - i.e. an hourly rate or a monthly salary - and about what bonuses apply.

There is a lot of flexibility regarding bonus schemes in Austria. Christmas bonuses are common, while performance bonuses also exist in some industries.

These will of course be voluntary - there is no statutory requirement to pay bonuses - however they can be enshrined into a collective agreement, which means that employers will have to pay the agreed bonus (if the underlying conditions are met).

Is this normal in Europe?

In total, 22 of the 28 European Union countries have an officially prescribed minimum wage.

The EU countries without a legally mandated minimum wage include Italy, Sweden, Finland and Denmark, while non-EU countries like Switzerland and Norway also don’t have federally set minimums. 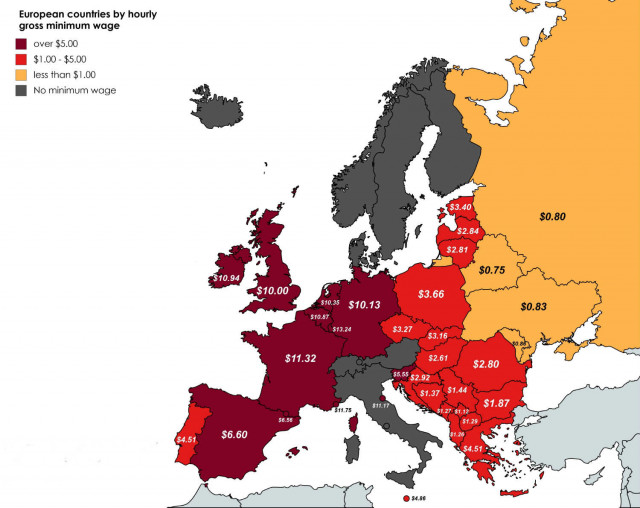 Minimum wage in Europe in 2018 (in $US) Image: Wikicommons

While this lack of a statutory mark might be unusual, in these countries - as with Austria - there are various other collective agreements and influences which will prevent employers from undercharging workers.

Indeed, the ‘nominal’ minimum wages in these states - the figure which is generally seen as the minimum wage without being legally mandated - is higher than those in some countries where a specific mark is set.