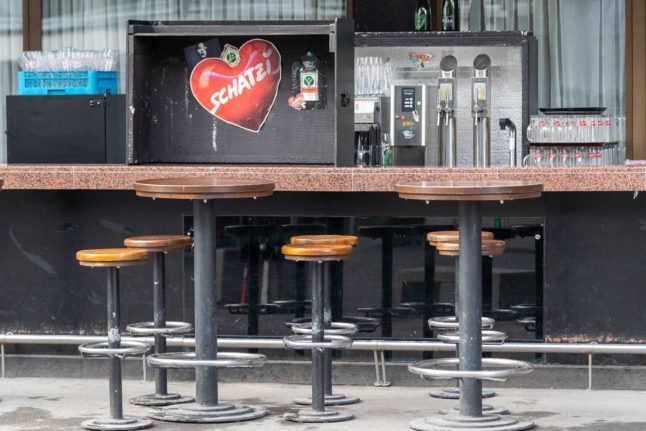 In a normal year they would be part of one of Europe's largest seasonal labour migrations.

In western Austria's Tyrol province alone, more than 31,000 foreign workers are needed when its 80 ski resorts are in full swing, according to one estimate.

But events in Ischgl, the village that became one of Europe's first major coronavirus clusters, explain why many of those workers are now unemployed.

Around 6,000 tourists claim to have carried the virus home from there.

AFP interviewed workers from Germany, Italy, Croatia and Slovakia, some of whom spoke on condition of anonymity because they feared risking future employment.

An independent report has said shutdown measures should have been taken there after a barkeeper tested positive for the virus on March 7, but restaurants and bars remained open regardless.

Waiters cut through crowds by blowing whistles amidst what one ex-employee described as scenes of “mindless debauchery”.

“We were still joking because we didn't realise how fast things could happen,” recalls Manuel, a German chef.

“It was pretty clear that this was a financial decision — you can't believe how much money they make there every single day,” a Croatian worker says of the decision to stay open.

A few days later, Ischgl was shut down.

Workers were stranded, many only getting home with the help of their embassies.

Andreas Steibl, head of Ischgl's tourism association, says the hundreds of workers forced to quarantine were “taken care of” and that some “were able to use the infrastructure of the hotels as guests do”.

Steibl insists workers were in a “thoroughly pleasant situation” — something many of them would dispute.

Some tested positive, while others say they couldn't access medical care despite having symptoms that made even climbing the stairs a challenge.

“Once the tourists were gone, we were worthless — a burden, actually,” a German waiter recalls.

“They abandoned us like dogs,” says Predrag — not his real name — from Croatia, who was stuck in Ischgl for more than three weeks.

Figures provided by the Austrian Institute of Economic Research show the ensuing shutdown led to around three quarters of all migrant workers in Tyrol's winter tourism industry losing their jobs.

That represents around 24,000 people, only some of whom were eligible for unemployment benefits in Austria or their home countries.

Though he says migrant workers claiming they're “treated like slaves” is nothing new, Radner also notes a dramatic spike in such complaints since the outbreak.

Workers who had already signed contracts for the current season have seen them cancelled at short notice.

Despite the disappointment, most potential employees AFP spoke to said they would return to Ischgl given the opportunity.

“Necessity is a hard taskmaster,” said Vojtech Katona, a Slovakian who made pizza in Ischgl.

Both he and Predrag have been looking for jobs in Ischgl or other resorts.

Recognising their reliance on migrants, towns like Ischgl often try to lure staff with benefits ranging from cheap or even free ski passes, classes or excursions and access to spas and gyms.

But for the moment, “we have no need for seasonal workers”, says Steibl as he surveyed the snowy valley from his balcony.

“Once the season really starts, with hotels and restaurants opening, we will need them again,” he added. Until then, tens of thousands of workers are in limbo.

“Taking into account the whole situation, I was not surprised they didn't answer,” Predrag says of prospective employers.

Now without a job, he is struggling financially — but also looking forward to spending Christmas with his family, far from Ischgl's snow-capped mountains. “I'm always an optimist,” he insists.