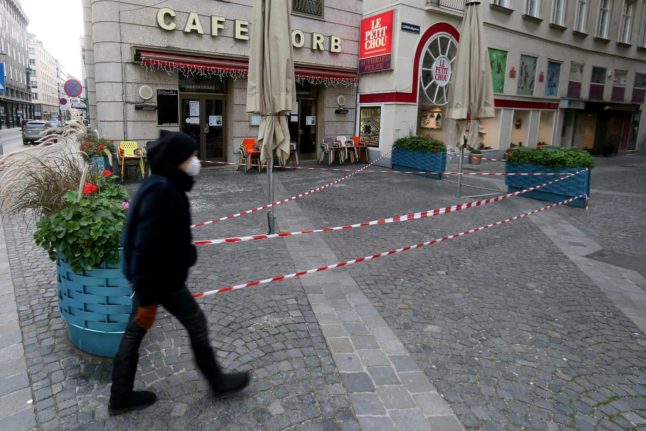 Austrian Chancellor Sebastian Kurz announced on Friday evening that Austria would enter a three-phase lockdown process in order to “return to normal”.

“We have decided that we will spend Christmas as planned, but then tighten the measures again,” said Kurz.

The goal is to like to achieve a seven-day incidence of less than 100 cases per 100,000 residents and then keep the numbers low through mass tests, Kurz said.

The first phase will include another coronavirus lockdown – set to come into effect on December 26th – in the hope of reducing infection numbers.

Phase two will aim to keep coronavirus cases low, while phase three will represent a return to some form of normality for Austria's nine million citizens and residents.

Movement outside the home will once again be restricted to purposes such as buying food or taking exercise.

The lockdown measures include distance learning in all schools when they return on January 7th, with face-to-face lessons again allowed from January 18th.

“The big request is, from December 26th on, don't meet anyone again,” said the Chancellor.

From December 26th, a complete lockdown will again come into effect over a 24-hour period.

In this period, non-essential stores will close as will services such as hairdressers where physical proximity is unavoidable.

There will however be another round of mass tests from January 16th to 18th, with those who test negative allowed to go shopping and meet people again.

“For all those who are not willing to be tested, the lockdown rules apply for a week longer,” said the Chancellor.

Hotels and cultural venues will be expected to check test results on arrival, while the police will carry out random checks in other areas, Kurz said.

Those who do not take part in the mass tests will also have to wear FFP 2 masks where otherwise a simpler face covering would suffice, for example while at work or buying food.

Rules surrounding how and whether to allow outdoor sports — including skiing — will be left for local authorities to determine.

Testing will be mandatory for people in certain professions.

These professions are: Teachers and elementary educators, hairdressers and other services where close contact is unavoidable, retail (only if direct customer contact), healthcare (all professions with patient contact) and the construction industry (preferably at company level).

5,000 deaths since the start of the pandemic

On Friday, Austria crossed the grim milestone of 5,000 fatalities since the start of the pandemic,

With 145 additional deaths on Friday, a total of 5,127 people have now died since the pandemic began in March in Austria.

There were 2,085 cases recorded in Austria on Friday.

The following chart shows how case numbers spiked – and how the second lockdown in November had an impact. Since Austria came out of its last lockdown earlier this month, the rate of new infections has mostly stayed between 2,000 and 3,000 per day but the government had said its aim was to get the daily rate under 1,000.

But nevertheless Kurz warned the prognosis for the first few months of 2021 was “very, very gloomy”, with a return to normality only expected in the summer.

Austria has suffered from a health sector crisis for several years. As baby boomers retire, the sector (like many others) is having problems replacing the workforce. As a result, doctors and, in particular, nurses and 24-hour-care workers are overworked, and many are underpaid.

The government has announced several measures to cushion the crisis and make the profession more attractive to the much-needed workers. The broad health sector reform includes a one-off bonus payment that will total €2,000 gross (for those working full-time).

It also involves increasing salaries and giving longer holidays to those already in the field. Additionally, the government will invest in training and nursing scholarships. It also involves bringing in international help.

As part of a pilot project, Lower Austria is bringing in 150 nursing staff from Vietnam to help fill up the open positions in a project that has resulted in some controversy in Austria, broadcaster ORF reported.

The centre-right party ÖVP, which runs the province, approved the project in parliament without securing approval from its coalition partners. The centre-left SPÖ and far-right party FPÖ both strongly criticised the plans.

The pilot project will bring people with some knowledge of German to participate in further courses in Austria before joining the workforce.

“These people will be taught German at the University of Hanoi for three semesters and will then come to Lower Austria with a language level of B2,” explained Christiane Teschl-Hofmeister (ÖVP), the provincial councillor responsible for the project.

At the newly founded IMC International Nursing Center, they will then complete training as nursing assistants. After passing an exam, they will be offered a permanent job in a care facility of the provincial health agency, said the local councillor.

The project will be implemented with the IMC University of Applied Sciences Krems from March 2023, the report added. 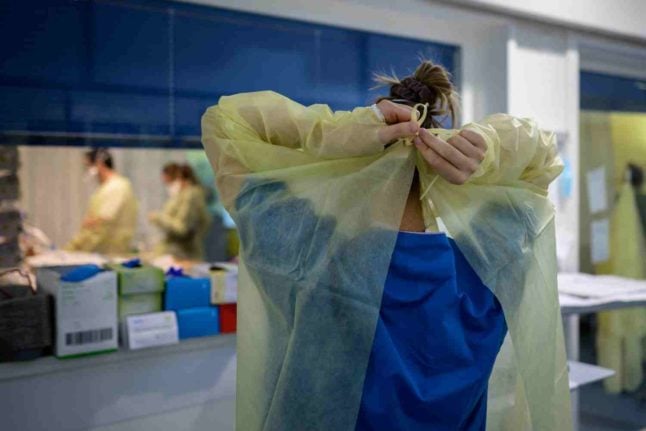 “These nursing staffs are not in competition with our employees, but should represent a clearly noticeable relief,” Teschl-Hofmeister emphasised.

Both the SPÖ and FPÖ have criticised the project and voted against it in the regional parliament. Franz Schnabl, head of the SPÖ and deputy head of the provincial government, called the project a “quick fix” and said they should instead invest in a local training facility with payment for students while they take nursing courses.

What do the workers think?

The controversy continues even as you look into the workers’ opinions in the sector. This is because the unions don’t agree on a position regarding the programme.

The GPA trade union criticised the plans in Lower Austria. According to GPA Lower Austria managing director Michael Pieber, there needs to be a more internal investment to attract Austrians to the profession.

The GPA said it is not a matter of rejecting foreign workers, but some questions, including whether or not there are guarantees that the workers will stay in the country, still need to be answered.

However, the NÖAAB, linked to the ÖVP party, referred to similar models in other federal states and with private providers. “Everything must be done to provide the best care for those affected and the greatest possible relief for nursing staff,” the organisation said.

Not only Vietnamese nationals would technically benefit. The federal plan’s goals is making it easier for professionals in other countries who want to immigrate. This is because they will receive “significantly more” points in the process to access the so-called Rot-Weiss-Rot (RWR) residence permit.

The government also said it would simplify the process of recognising training acquired abroad and accelerate and remove bureaucratic hurdles in the visa processes.

“We have a labour shortage in Austria and will need immigration in the health and social sector. We can’t solve it any other way. It simply doesn’t work out in terms of demographics”, he said.