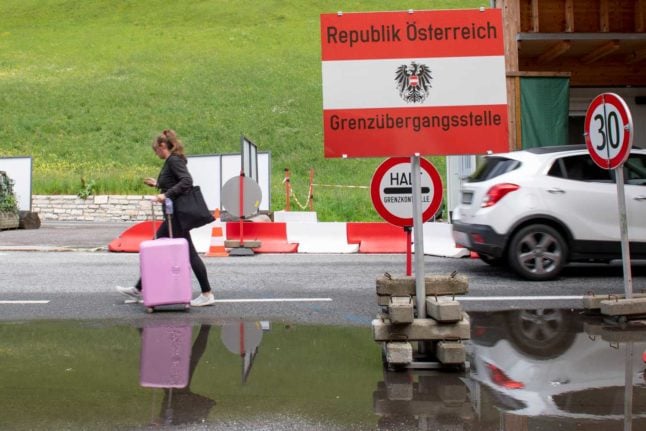 Please note: From May 19th, Austria is expected to change its quarantine rules. Here’s what you need to know.

Austria has put in place an extensive set of quarantine rules which require arrivals from ‘high-risk’ countries to go into a ten-day isolation.

On March 9th, several Austrian states extended this to 14 days.

In effect, the quarantine applies to arrivals from almost all countries on earth, with only a few exceptions.

As at April 21st, 2021, only arrivals from Australia, Iceland, New Zealand, Singapore, South Korea and the Vatican will not be forced to quarantine or to take a test.

Please note, as of April 29th, direct flights from India were banned due to concerns about virus mutations.

What is Austria’s quarantine?

After being put in place on December 19th, Austria’s coronavirus quarantine was set to remain in effect until at least January 10th, however a government official told The Local on January 6th that it would remain in force “until further notice”.

As at April 2021, the government has given no indications the quarantine will be relaxed anytime soon.

In addition, from January 15th, everyone arriving in Austria will need to pre-register.

More information about this can be found at the following link.

Who does the quarantine apply to?

The quarantine applies to everyone arriving in the country – i.e. Austrian citizens, residents and non-Austrians.

Keep in mind that the right to enter Austria is different from the requirement to quarantine. Due to the pandemic, most arrivals from outside Europe have been prevented from entering.

UPDATE: What you need to know about Austria’s quarantine rules

Which countries are classified as ‘high risk’ by the Austrian government?

‘High risk’ countries are any country which has a 14-day incidence rate of more than 100 positive cases of coronavirus per 100,000 residents.

As at February 3rd, each of Austria’s neighbours is over this threshold.

In fact, as it currently stands, only Iceland and the Vatican are not classified as risk countries in Europe.

As the United Kingdom is now no longer a member of the EU, it is treated as a ‘third country’ and all entry from the UK is therefore banned, other than for Austrian citizens or residents.

Business travellers from the UK and students will also be allowed to enter.

Up to date information is collated by the European Union and is available here.

What about arrivals from countries outside of Europe?

There are a handful of countries from which arrivals will not need to quarantine.

These are Australia, New Zealand, Singapore and South Korea. Iceland and the Vatican are also on the list.

Arrivals from these countries will be allowed to avoid quarantine provided they have only stayed in either Austria or the countries mentioned in the past ten days.

As the United Kingdom is now no longer a member of the EU, it is treated as a ‘third country’ and all entry from the UK is therefore banned, other than for Austrian citizens or residents. Business travellers from the UK and students will also be allowed to enter.

An official up to date list of non-European countries can be found here.

There are some limited exceptions to the quarantine rule.

In addition, people who visit their partners or family in Austria regularly – which is defined by the government as at least once per month – will also be allowed to enter without a quarantine, Kronen Zeitung reports.

In addition, there is no quarantine for people who enter the enclaves of Mittelberg (Kleinwalsertal), Vomp-Hinterriss or Jungholz.

If I am arriving, what do I need to do?

Austrian authorities are conducting border controls regularly and will inform you of the details of your quarantine requirement.

Before arriving, you will need to complete a ‘Declaration of Quarantine’ form. This form is available here in English and should be kept on you at all times when entering Austria.

How was the requirement introduced?

On December 2nd, Austria announced a change to the country’s quarantine rules – with the centrepiece being a mandatory ten-day quarantine.

After some initial confusion about the starting date, the Austrian government confirmed that it would apply from December 19th.

On January 12th, the government announced that there would be changes to the list from January 15th onwards.

This includes taking Ireland and Uruguay off the list and adding Greece and Singapore.

Note: This document has been regularly updated to reflect Austria’s changing quarantine rules since December 2020.