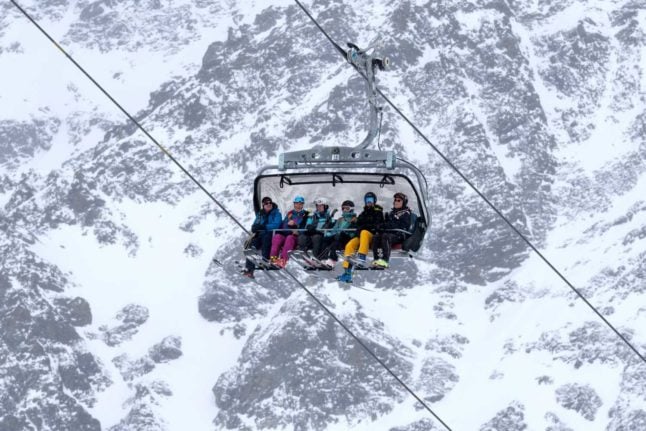 After a nationwide lockdown which was one of the strictest in Europe, Austria looks to be coming through on its promise to open the ski slopes before Christmas – just.

When will the slopes reopen?

Technically speaking, the slopes have not been closed by the government – all that has been mandated is that chair lifts are not allowed to open, which obviously makes skiing a tad more difficult.

As a result, cross-country skiing has not been forbidden – although with some resorts closed, it has been more difficult than usual to find a venue to do it.

The government is allowing chairlifts to again open on December 24th – although it will be up to individual resorts as to whether they want to open or not.

“From December 24, individual sports outdoors such as skiing will be possible again so that the Austrian population has the chance to engage in sporting activity over the holidays,” Kurz said.

Great. Can I plan my skiing holiday then?

The one major caveat on the reopening of ski lifts was that infection rates fall. With case numbers decreasing albeit slowly, it appears that skiing will again start up on the 24th of December.

However, be aware that these are not normal times.

The one big difference is that hotels will not be allowed to open until January 7th at the earliest, meaning that skiing will only be possible for day trippers.

Can I visit Austria to go skiing?

From December 19th, Austria will require a mandatory quarantine for all arrivals – whether they are Austrian citizens or not.

The quarantine can be ended after five days with a negative test. More information is available at the link below.

This technically does not prevent tourists from coming in to go skiing, but considering that you will be unable to rent holiday accommodation and that staying with other people is restricted, there will be very few tourists who can actually legally be on the slopes.

What will the slopes look like in Austria this winter?

In order to be allowed to again operate, Austrian ski resorts have need to present extensive hygiene and protection plans which minimise the risk of the spread of coronavirus.

Austrian Tourism Minister Elizabeth Köstinger said on Thursday, November 26th, that ski resorts were taking a number of steps to make skiing safer – with the most notable being a banning of Apres Ski activities.

“We will do everything we can to ensure that the number of infections falls and that a winter holiday in Austria is possible,” she told Germany’s Spiegel.

“Austria is taking all measures to enable safe holidays.

“You don't get the virus on the slopes, but when you party afterwards. That's why there won't be any après-ski this year.”

Köstinger said strict measures would be taken to minimise infection risks on the slopes and in chair lifts.

Köstinger said she was aware of the viral photos showing long lines with no social distancing at ski lifts in October – and said resorts had taken several steps to prevent this from happening again.

“These pictures from the Zillertal and Kaunertal were catastrophic. We held intensive discussions with the cable car operators so that this would not happen again,” she said.

“There are floor markings and disinfectant dispensers everywhere at the entry and exit points.”

As with elsewhere in Austria, masks must be worn outdoors if the minimum distance of one metre cannot be kept.

Therefore, while skiing can take place without a mask, masks will be required in queues and other crowded areas.

Masks must be worn indoors except when sitting to eat.

What about cable cars?

Under Austrian law, cable cars are considered to be public transport – so the same rules that apply in the subway apply here.

On cable cars, masks must be worn which adequately cover the nose and mouth.

Cable cars – and the queues people line up in to board – are also practicing social distancing.

According to Der Standard, this includes ensuring gondolas – i.e. enclosed cable cars – are not shared.

“Nobody should be forced to get into a cable car if, for example, there are already people in it who do not live in the same household.”

According to Köstinger, the majority of Austrian ski lifts are not enclosed.

“85 percent of all lifts are open anyway, in the fresh air,” she explained.

“And there is no cable car in Austria that takes longer than 15 minutes to travel. The risk of infection is low.”

Each cable car will have its own “Corona Officer” who seeks to ensure all measures are being maintained.

Restaurants with more than 50 guests will need to provide a hygiene and safety plan which shows how infection risks will be minimised.

This includes regular ventilation, distance between tables and patrons, as well as strict rules at buffets.

Masks must be worn by all staff and by all customers except at the table.

As reported in Kurier on December 10th, resorts that are a part of the Ski Amadé – the second largest ski network in Europe – have adopted a range of specific measures.

Mouth and nose protection is compulsory in the parking area of the cash desk and lift systems, as well as in all gondolas and lifts.

Masks must be work in the ski bus, ski depot, at ski rental and in all public buildings.

A mouth and nose protection suitable for winter sports is issued free of charge with every ticket purchase.

Compliance with the minimum distance of one meter must be kept at all times.

Gondolas will be ventilated when in use.

If possible, contactless payment methods will be adopted and ski passes will be purchased online.