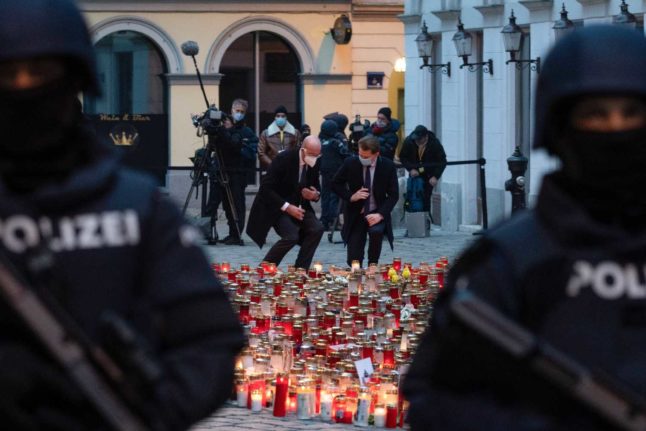 Since the attack took place on November 2nd, a number of people have returned to the individual crime scenes to lay wreaths and flowers and light candles to commemorate the victims.

Austrian newspaper Der Standard reported on Monday that Vienna authorities are planning to erect a memorial to the victims of the attack.

The Mayor of Vienna Michael Ludwig (SPÖ) told the newspaper that talks had begun on how the attack could best be remembered.

The four people who were killed in the attack “will be at the centre” of any memorial plans, reports Der Standard.

Representatives from Vienna’s Jewish community have welcomed the moves. The attack began near a synagogue in downtown Vienna.