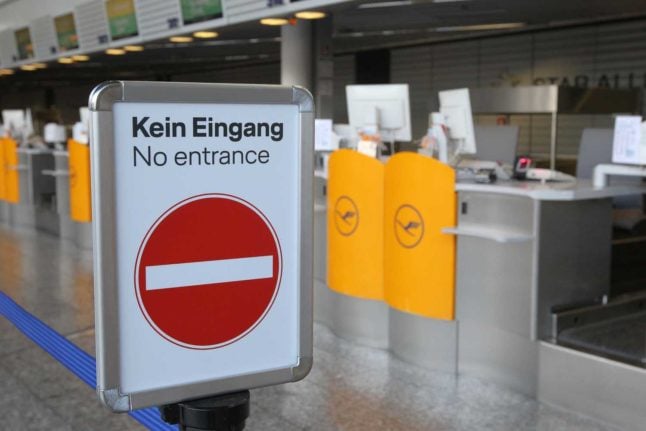 Please note: From May 19th, Austria is expected to change its quarantine rules. Here’s what you need to know.

The Austrian government has put in place a ten-day quarantine requirement on all arrivals, while all arrivals will also need to register and show a negative test on arrival.

On March 9th, several Austrian states extended this to 14 days. More information is available below.

In states where the quarantine is 14 days, quarantine can be ended on the tenth day with evidence of a negative coronavirus test. This can be with either a negative PCR test or an antigen test.

Everyone arriving in Austria – including cross-border commuters – will need to pre-register. More information about this can be found at the following link.

On Wednesday evening however, the government announced that this rule would be kept in place.

Please note: As of March 9th, seven Austrian states extended the quarantine period to 14 days due to concerns about coronavirus variants.

Vienna, Burgenland, Salzburg, Carinthia, Styria, Lower and Upper Austria have all extended the quarantine period from ten to 14 days.

Who will the quarantine apply to?

The quarantine will apply to everyone arriving in the country – i.e. Austrian citizens, residents and non-Austrians.

Cross-border commuters are exempt, as are some business travellers.

People who visit their partners regularly – i.e. more than once a month – are allowed to enter Austria without a quarantine.

While people will not be allowed to visit family members without a quarantine, this is different for anyone who has a serious emergency to attend to, including serious illnesses, deaths, funerals, births and the care of people in need of support.

Diplomats, medical escorts, are also excused from the quarantine requirement.

Under the rules, anyone returning from any “high-risk” area will be required to quarantine for ten days (14 in some states) – regardless of whether they have had a negative test recently, or if they promise to have one in Austria.

When does it come into effect – and how long will it last?

When making the announcement on December 2nd, Austrian Chancellor Sebastian Kurz said only that the requirement would apply from “mid-December”.

Austria’s coronavirus quarantine was set to remain in effect until at least January 10th, however a government official told The Local on January 6th that it would remain in force “until further notice”.

From February 10th, cross-border commuters will need to register every seven days.

If I am arriving, what do I need to do?

Austrian authorities are conducting border controls regularly and will inform you of the details of your quarantine requirement.

Before arriving, you will need to complete a ‘Declaration of Quarantine’ form. This form is available here in English and should be kept on you at all times when entering Austria.

You will also need to provide evidence of a negative test.

Who is a ‘commuter’?

Anyone who regularly enters Austria is considered a commuter, i.e. this does not need to be for work purposes.

Provided you enter Austria at least once per month – whether for work or private reasons (such as to visit your partner or family) – you are considered a commuter.

What kind of test do I need to leave quarantine?

The test can be either a PCR or an antigen test, however it must be carried out by a medical professional.

A ‘self test’ – i.e. a test bought from a pharmacy and completed at home – will not satisfy the regulation.

The test must be not older than 72 hours – although for commuters the test can be up to seven days old.

What is a high-risk country?

‘High risk’ countries are any country which has a 14-day incidence rate of more than 100 positive cases of coronavirus per 100,000 residents.

As it currently stands, each of Austria’s neighbours is over this threshold.

A handful of countries inside or outside Europe are listed as exceptions.
Click the following link for updated information.
READ: Which countries are now on Austria’s quarantine list?
If I am already in quarantine, can I leave Austria instead of waiting?
According to official government guidance, you can leave Austria during your quarantine period.
As noted expressly in the guidance, “the quarantine can be ended prematurely for the purpose of leaving Austria, if it is ensured that the risk of infection is as high as possible when leaving is minimised”.

Can I call in sick to work if I have to quarantine?

According to Austrian newspaper Kurier, being forced to quarantine will not be an excuse to miss work – meaning that anyone who plans to travel abroad and return to Austria must ensure that they have the next ten days off, or that they can work from home.

Why is the measure being implemented?

“We have to enforce a strict border regime” said Austrian Chancellor Sebastian Kurz at the press conference announcing the rules.

Minister of the Interior Karl Nehammer said in December one of the goals of the quarantine requirement was to stop people travelling abroad over the festive season.

“It is not acceptable for Austrians to travel to neighbouring countries to throw New Year’s Eve parties,” Nehammer said.

What were the previous rules (before December 19th)?

Before December 19th, anyone entering Austria could avoid quarantine if they had a negative result from a test carried out within 72 hours of arrival.

Anyone without a test needed to undergo ten days of quarantine.

At a press conference on Wednesday, December 2nd, the Austrian government announced it was tightening the existing quarantine rules.

As a result, anyone entering from December 19th will be required to quarantine.

Austria’s coronavirus quarantine was set to remain in effect until at least January 10th, however a government official told The Local on January 6th that it would remain in force “until further notice”

NOTE: As with any of our coronavirus reports, this story is only a guide and does not constitute official legal advice. Please check with federal and state authorities before attempting to enter Austria.

HEALTH
Reader question: How to get a flu vaccination in Austria?

Austrian experts have said there would likely be an exceptionally high wave of the flu after hardly any cases were registered in the past two years. The measures against Covid-19 prevented infections with Sars-CoV-2 – and curbed the spread of influenza and other cold viruses.

This is about to change this season as Covid measures were relaxed and airborne viruses spread again, they said.

Unlike the Covid-19 vaccination, the flu jab is not organised by the federal government but by the respective provinces, which file a report only after the flu season. In every province, the vaccine is free for children, but many ask adults to pay for a fee or get it from their doctors. In Vienna, the flu vaccination is free for everyone.

Here is how to get the vaccine in each province in campaigns carried out with the participation or knowledge of the government – companies and private insurance institutions can also start their own vaccination campaigns.

Vienna offers free flu vaccinations for every resident. You can register online with the impfservice.wien or visit one of the centres that accept people without appointments (for example, the Austria Center Vienna).

All that is necessary is for you to bring a document with your picture and wear an FFP2 mask. If you have an e-card and a vaccination passport, bring those with you as well. There is also a form to fill out, but those are available on-site.

The flu vaccine is free for children from six months to 15-years-old, and they can get the shot from established medical specialists. For those who are older, it is possible to receive the vaccination from a registered specialist, company medical service or from their employer, but they may be charged for it.

Children aged six months to 15 can get the vaccine for free with their general practitioners and paediatricians. However, you may need to get the vaccine components at the pharmacy with a voucher and register with your doctor.

Children (from six months to 15 years) can get the vaccine for free in doctor’s offices or public health centres. You can check HERE for more information and register. For older people, the price is €22, though prices could be different if you go to your doctor instead of a vaccination centre.

Children aged six months to 15 years can get the vaccine free in pharmacies and with their physicians. At-risk patients older than that can also get free vaccines, but only while supplies last.

Otherwise, buying and paying for the vaccine in a pharmacy or with your general practitioner is possible. There are also free vaccinations in elderly and care homes.

Children from six months to 15 years can get the vaccine free with any doctor offering it. You can check with your family doctor or paediatrician. Anyone over 15 that wants to get it needs to buy it at a pharmacy (prices vary depending on the vaccine used) and can ask their family doctor.

There are free vaccinations for residents of elderly and care homes.

You can read more about the vaccination offer in Salzburg HERE.

The flu vaccine is free for children from six months to the age of 15 years, and they can get it directly from their doctor (a general practitioner or a paediatrician, for example). For those older, it’s possible to vaccinate with their family doctors, but prices vary for the product and pharmacies and the doctor’s fee.

Residents of elderly and nursing homes aged 60 and over get the vaccination free of charge.

You can read more about the vaccination offer in Tyrol HERE.

In Vorarlberg, children aged six months to 15 years can get the vaccine free with their doctors. Adults can also get it from general practitioner’s offices but will need to pay variable costs (depending on doctor fees and which vaccine they choose).

There are free vaccinations for residents of elderly and care homes.

You can read more about the vaccination offer in Vorarlberg HERE.